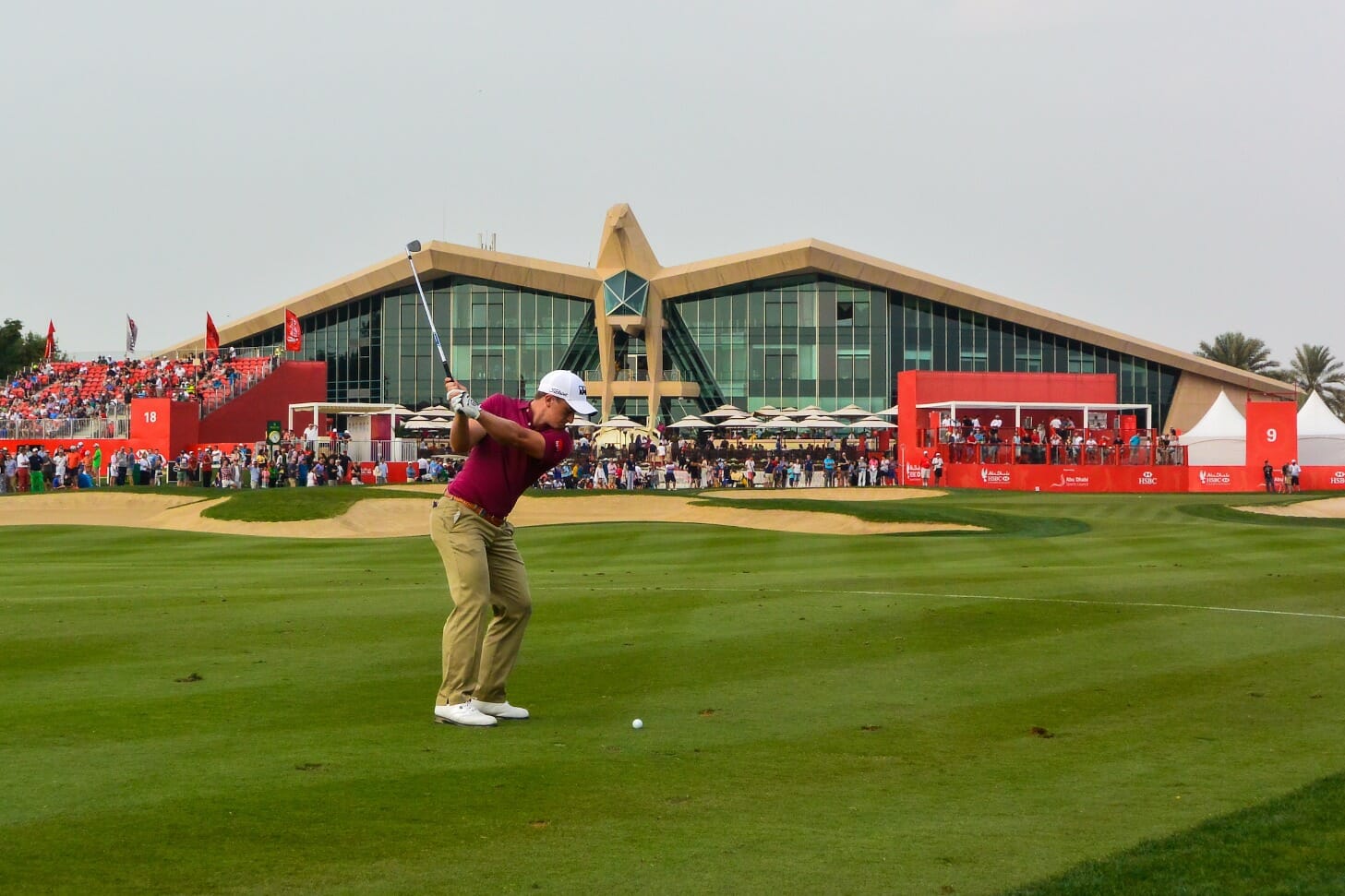 Paul Dunne  followed up his opening round of 68 with a six under par 66 to surge into contention at the Abu Dhabi HSBC Championship.

Dunne ended the day tied for third on 10 under just two strokes behind three-time event winner Martin Kaymer.
Speaking after his second round Dunne said.
“I am happy with the last two days and hopefully I can do the same for the next two days. I’m hitting a lot of good iron shots and giving myself a lot of chances. With the greens being as good as they are, you are bound to take a few. It’s exciting, and yeah. I’m looking forward to a good weekend.”
“We’re only halfway there. Hopefully we can keep doing what we’re doing and post some of the same numbers again.”
On his hopes going into the weekend, Dunne said: “It’s nice to be up there again. That’s why we practice and what we prepare for.
“It’s going to be nice to be in one of the later groups tomorrow and hopefully I can play like I did for the last couple of days over the weekend and I will have a good chance.”
Martin Kaymer rekindled his remarkable love affair with Abu Dhabi Golf Club, firing a second consecutive round of 66 to take a one-shot lead into the weekend at the Abu Dhabi HSBC Championship.

The German has lifted the Falcon Trophy three times, with two further top-three finishes in his ten visits, and he took a familiar position at the top of the leaderboard on 12 under par in his quest for a fourth title in Abu Dhabi, and a first European Tour win since the 2014 US Open.

“I felt like I played a little bit better than yesterday. It was a bit more difficult today with the wind, especially the first nine. I struck the ball a little bit better and I made a few long putts today, same as yesterday. I don’t try to push at all. I just try to enjoy playing my favourite golf course. Once in a while, when a putt drops in, you catch momentum and you can make another three or four birdies coming in, like it happened today; I think I made only two pars on the back nine.” Said Kaymer 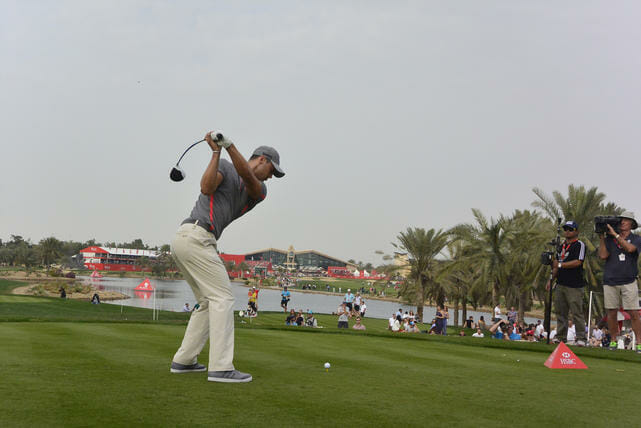 “It’s nice when you can let go. It’s one of those things when you practice a lot, you feel good and then you leave the range and then you play a few practice rounds, you play a Pro-Am and it’s not quite there yet. And then you hope: Is it tomorrow? Is it Friday or Saturday? The day where everything pays off; and then it pays off right away.

I’m not quite a hundred per cent happy yet with how I played. There’s a few things here and there, but we always have those little things if you’re a perfectionist. But overall, I think it paid off fairly well so far.”

With only Kaymer and Cabrera Bello ahead of Dunne he has a great chance to push on with a great start to the 2017 season. Ranked 45th in the Race to Dubai after a couple of top 30 finishes in Hong Hong and South Africa  before Christmas he is in a perfect place to try push for his maiden European Tour victory.