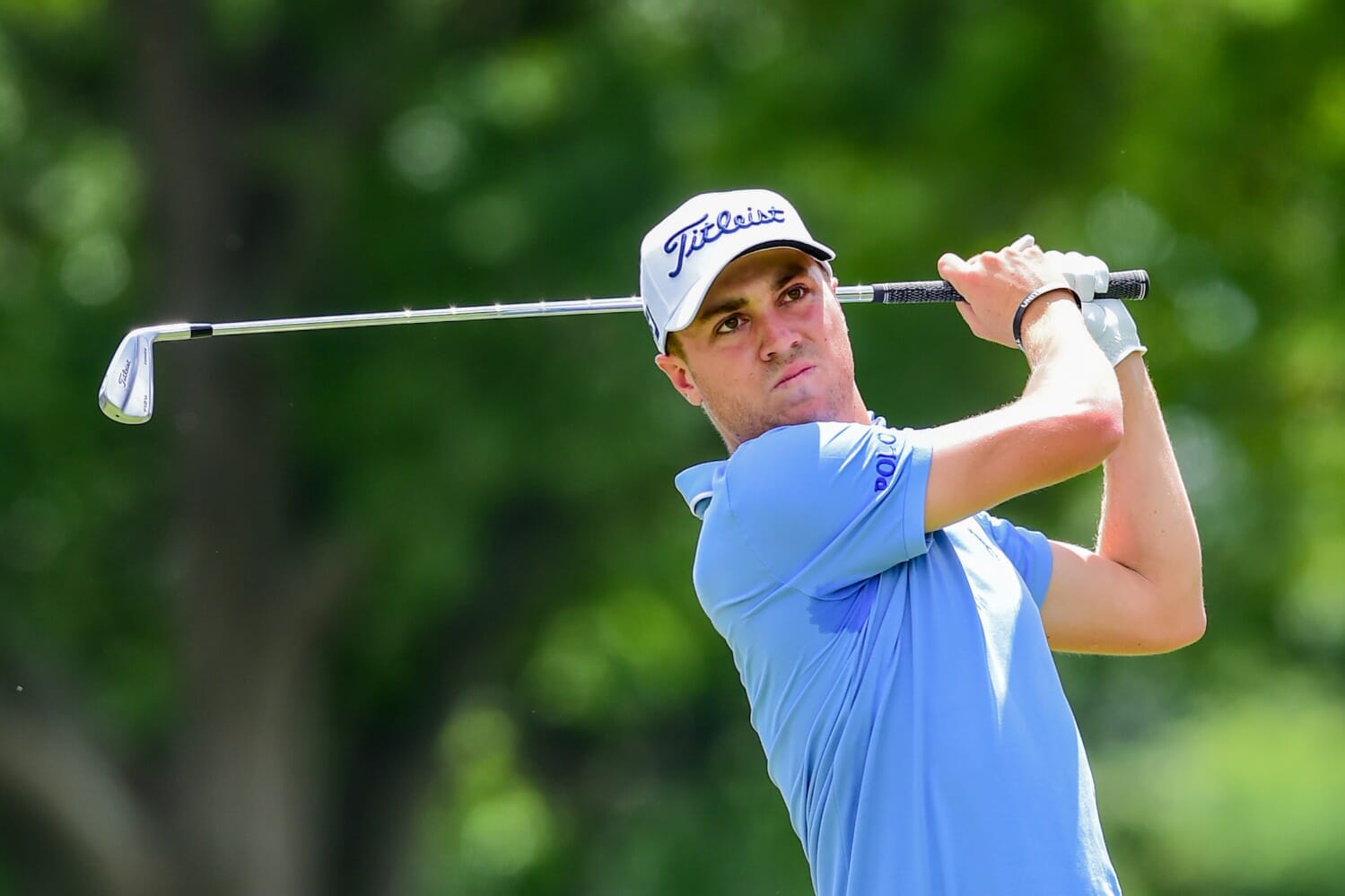 Justin Thomas overtook top spot in the FedExCup with his third PGA TOUR victory of the season and his second win in as many weeks with his sublime seven-shot demolition at the Sony Open in Hawaii.

His closing 5-under 65 capped off a sensational week with the new TOUR 72-hole scoring record of 253, besting Tommy Armour III’s mark of 254 from the 2003 Valero Texas Open.
“It’s been an unbelievable week. Unforgettable,” said Thomas, who move up to eighth in the world rankings.

Thomas has stamped himself as the man to catch in 2017 – and he is far from done. Midway through the tournament Thomas warned the world had not seen his best and going forward he still expects improvement.

“I expect to be in contention every time I play,” he said post win.
He has pinpointed further improvement on his driving accuracy – already a big part of his recent charge – and his pitching and putting as a focus. “If I can bring my average bogeys around down three-quarters to a whole bogey per round, I think this year could be pretty dangerous,” he said ominously.
For Thomas, the key to making it happen is to stay in his own bubble at times. “Just blocking out everything, a lot of the things I hear,” he says of his plan to stay on top.
“Looking at guys like Rory (McIlroy) or Jordan (Spieth), Jason Day, they go out there and they finish 10th a couple of events in a row and then finish 20th, everyone is like what’s wrong with them.

“I don’t know if I’m to that point yet… but that’s the kind of stuff you’ve just got to block out.
“I’ve always expected this of myself. It just hasn’t happened yet. Now that it’s happening, I continue to have the same expectations. I just need to continue to put the work in and just be ready every time I tee it up.”