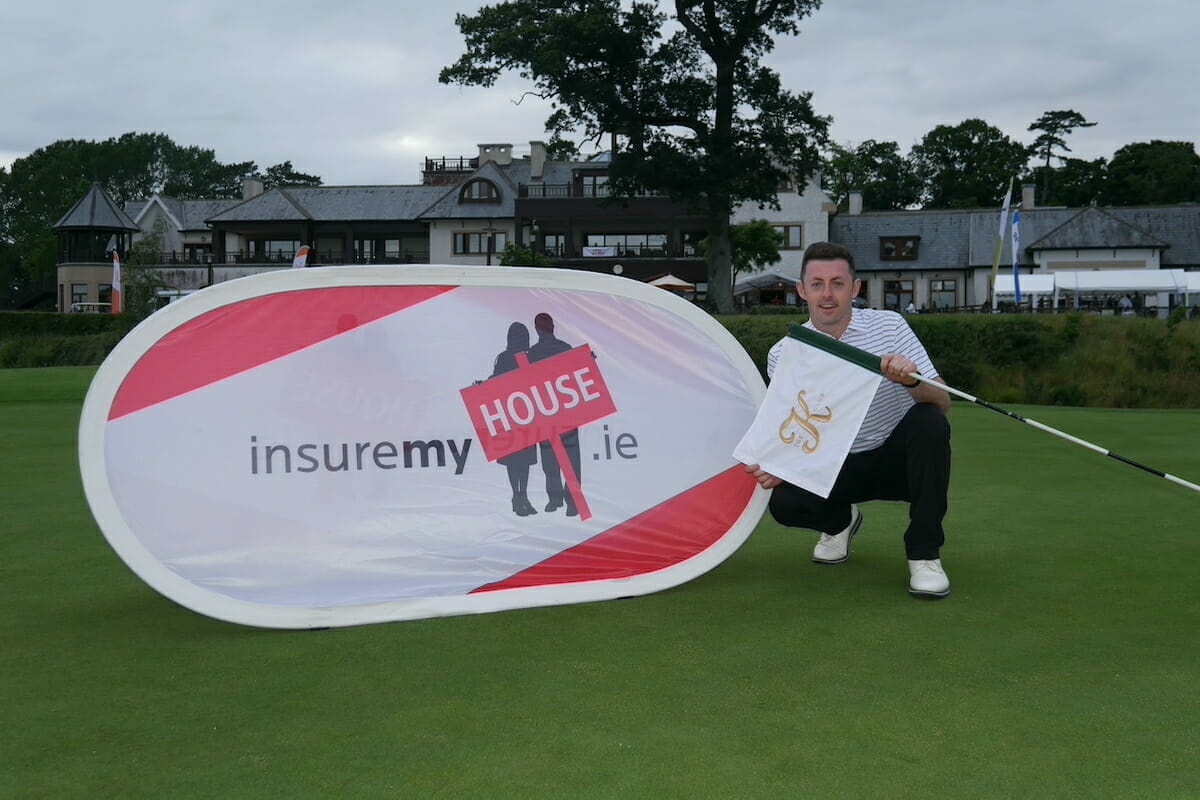 Long-time leader Higgins looked to have the title sewn up after carding five birdies in a blemish-free effort, showing no signs of cobwebs after an extended hiatus to set an imposing clubhouse target. However, not to be outdone, local boy Grehan continued his fine form of this year, firing nine birdies in his 67 to match the Waterville man atop the board at five-under par.

“It’s just great to be back playing again,” said Higgins, one of the most successful players in the history of the Irish regional circuit.

“We’ve been locked down or whatever you want to call it but it’s fantastic to be back playing and I was delighted with five-under today, it’s great. You’re always happy when you don’t have a bogey on the card. I hit some good shots and made the birdies but it was just fantastic to be out there on a course in such good condition, and in good company. It was a great day.”

No stranger to the Palmer South course at the wonderful K Club resort, Higgins believes that despite the calibre of tournaments he’s played at the site, he’s never seen the venue better.

“I’ve played European Opens here and pro-ams down through the years but I’ve never seen it as good. The greens are fantastic, the fairways are like carpets. It was just a pleasure to play today,” he said.

As for the lack of game-time having seen his playing schedule decimated by Covid-19, even a man as experienced as Higgins felt the nerves after such a long absence.

“I played two weeks ago in Scotland at the Club Professionals and I was a bag of nerves going down the first hole because I hadn’t played in eight months with a card in my pocket and today was fairly similar going down the first few holes but you find your way and get back into what you’re used to be doing,” he said.

“It’s great to be back. Everyone’s had such a tough time over the last year or more so it’s just fantastic to see everyone back out and in good form.”

With the big 5-0 fast approaching, the evergreen Higgins was also asked for his plans with the possibility of Senior golf on the horizon.

“I have my own personal goals,” he admitted. “I’m 49 next year so I have to go to the Seniors qualifying and all that stuff but it’s like starting again. I’ve been at it 30 years but next year it will be like starting from scratch. I’m fresh. My mind is good. I’m training. I’m in the gym – I’ve never been in the gym in my life and now I am – I’m practicing again – it’s like a new lease of life. It’s brilliant.

“You can’t beat the pressure that a pro-am or a competition gives you. You can’t buy that. That’s what it’s all about and that’s what I love still so hopefully I’ll get on the Seniors Tour, play a few events and I can’t wait for it.” 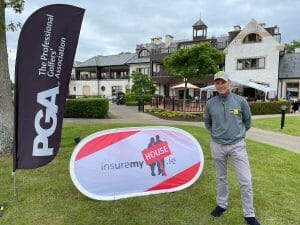 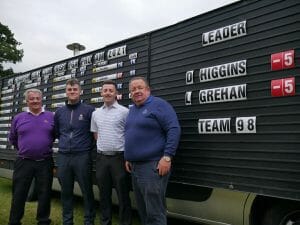 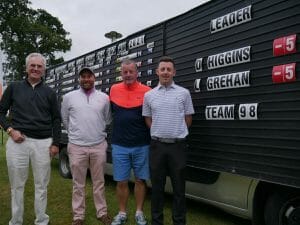 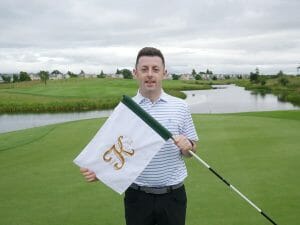 As for Grehan, he may have left his charge late but the K Club man was delighted to match Higgins right at the death on Friday.

“I am obviously delighted to share the win here today,” said Grehan. “This is my first Pro-Am and I am a bit shocked I got this result first time out. I was a late starter as I was in at 7am working this morning making sure all was set up perfectly for the day. That worked out well for me as I knew 5 under was the number going out. It actually could have been a bit better as all of my bogeys were three putts but I hit all 18 greens in regulation today and was striking the ball really well tee to green so I’m very happy with it.”

Grehan has claimed two Assistants titles so far this year and recently missed out in a playoff to John Murphy at the ISPS Handa World Invitational qualifier.

“It was disappointing to lose out in the playoff a few weeks ago alright but today is a great way to bounce back from that. I probably had a bit more competitive golf with a card in my hand than most playing today as I played in the Galgorm qualifier and a few Assistants events recently,” he added.

The win in his first full Pro-am start has the K Club professional looking forward to more of the same for the 2021 season: “I wasn’t sure sure how many Pro-ams I would be eligible to play in this year but hopefully on the back of this I will get to tee it up in a good few more. I can’t thank the team at the K Club enough. I was so happy just to be working here and serving my time under Conor Russell but this really is a bonus for me.”

Grehan also led his team of amateurs John Stuart, Ger O’Brien and Richard Stuart to a win in the team event with a huge haul of 98 points. The three shot winning margin also sealed the side’s third straight PGA Pro-Am team win on the Straffan Course at the K Club.