Schooled in the art of scoring on a cold winters day 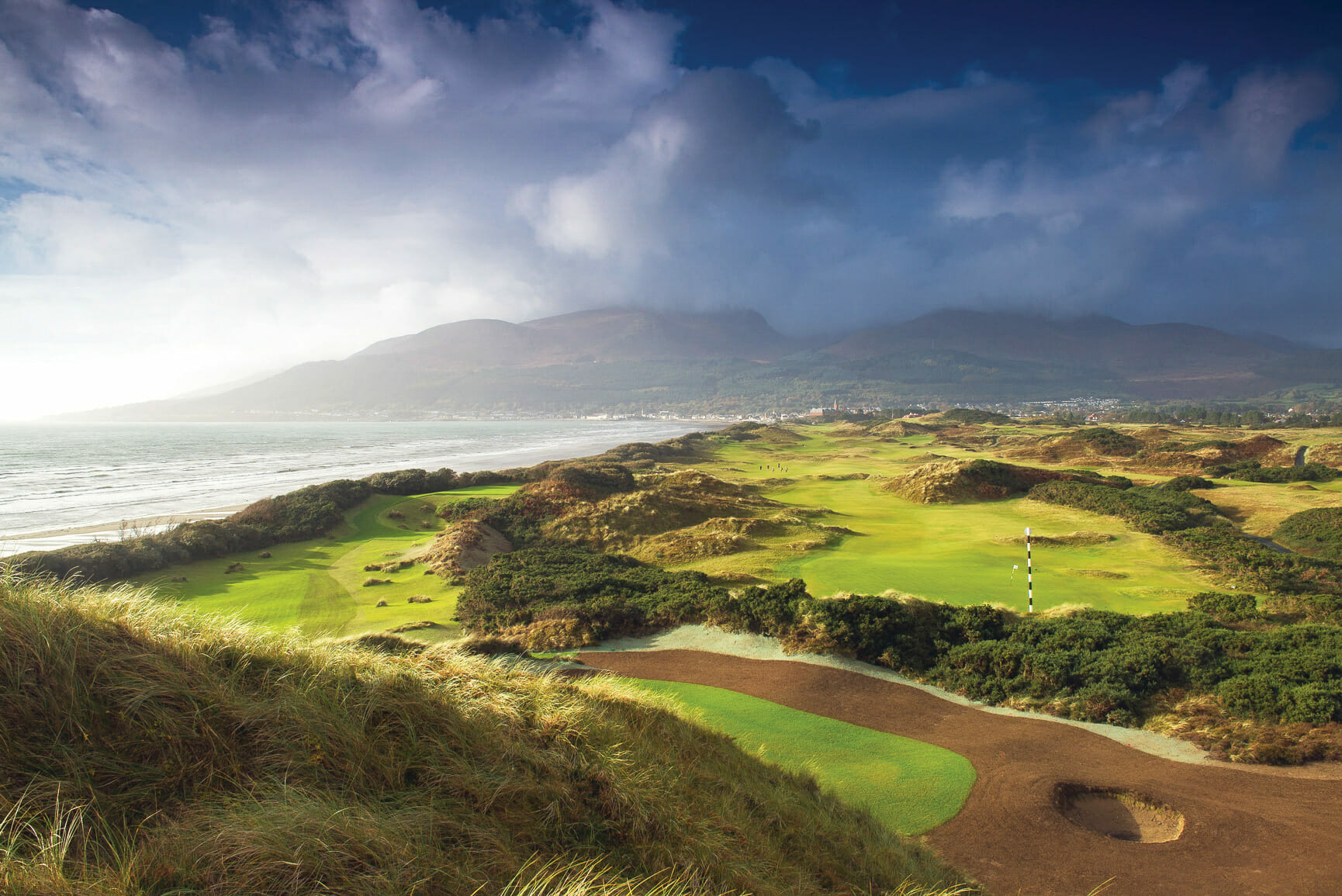 We were schooled in the art of scoring. It was a cold, winter Friday in Newcastle but the professional among us was still different class.

I’ve always been intrigued at how professionals can push on and go low whereas many amateurs (ok, me) tend to hit the panic button at any sign of a good scoring day. There’s a weekly gathering of like-minded souls who “pays our money and takes our chances” on the Annesley Links. It gets us through the winter and the aim is to remain competitive through the short days.

There are none more competitive than the former European Tour winner Simon Thornton, for whom it may have been just another down day at home, but he wasn’t there to make up the numbers.  After a few practice putts on the green adjacent to the first tee, this year’s Irish PGA champion threw the carry bag over his shoulders and went about his business.

What handicap do you give a proven winner? Normally on the championship course at Royal County Down Thornton gets plus-5. On this occasion he negotiates plus-4 for the Annesley Links.

The tale of the tape is simple. Thornton blazed a trail and signed for a seven-under-par 60 to win at a canter, even when factoring in his handicap on the day. The rest of this gathering are a mixture of plus and single handicap club golfers and we were no match for the pro.

All of which is fine. Thornton still has this golf thing as a vocation; for the rest of us, it’s often just a frustrating pastime. And maybe that’s one of the key differences – that and talent of course? Thornton has learned the art of scoring because his livelihood once depended on it.

Thornton chipped in for eagle at the first then went looking for more. He turned in five-under before coasting home in two under. In contrast, this hacker had a start from heaven with three birdies in the first four, which only crystallises the dreaded mindset of “how am I going to mess this up”.

As sure as night follows day, a double bogey, bogey combo quickly brought the house of cards down. Tight swings and timid putts meant scraping home for level par to claim a small share of the day’s pot, but the amateur performance begged more questions than it answered.

It’s like a glass ceiling. Not embracing the prospect of pushing on, seeking out more birdies rather than tentatively protecting.

Sitting around the table in Mourne Golf Club afterwards, a few of us tried picking Thornton’s brain. “You just have to keep going,” he said modestly. “Make a birdie, try and make some more, keep playing.”

He also made the point, you get out what you put in, recalling many evenings putting into the dark with the car’s headlights the only beam showing him his lines. He also recalls coming off practice grounds with hands almost bleeding, such was the desire to improve his short game.

It’s worth noting, Thornton arrived in Newcastle some 20-odd years ago as a seven-handicapper taking a summer job in Kevan Whitson’s pro shop. He was a talented sportsman, but he had to graft to make it as a playing professional.

This week Thornton (Tulfarris) is in Turkey alongside David Higgins (Waterville) and Michael McGeady (Evolve Golf Coaching) competing in the PGA Play-Offs, which starts today at Antalya Golf Club.

The competitive desire seemingly never leaves, even for a bounce game with pals on a Friday afternoon at home.