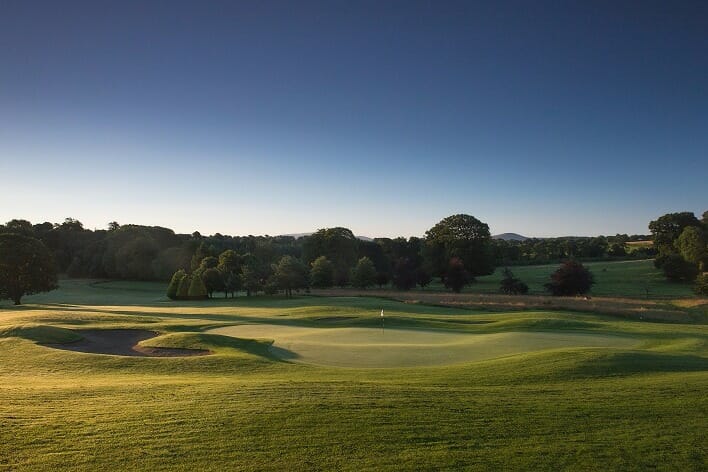 Damien McGrane (Carlow GC) has announced he will return to defend the PGA Southern Championship title at Rathsallagh Golf and Country Club on September 19th, an event which will be preceeded by a Pro-Am on the 18th.

The Pro-Am is usually one of the most popular on the Irish circuit with team entry cost set at only €350 which includes golf, amateur team prizes and a post round meal, not to mention playing with one of Ireland’s top PGA professionals.  It’s a great way to entertain some clients, have some fun with your friends, support the Irish PGA and have a great day out.

McGrane, now a two-time winner of the long established event, finished two shots ahead of Dara Lernihan (Bray GC), Simon Thornton (Tulfarris Golf Resort) and Liam Whelan (Craddockstown GC) last year at Headfort as he posted a five under par 67. His double winning feat matched those by Brendan McGovern, Eamonn Darcy, John Kelly and Peter Jones, while the Championship has also been won by Christy O’Connor and Padraig Harrington.

This year McGrane has played a much reduced schedule but will still remain a threat to retain his title at the Co. Wicklow venue which reopened in June 2016 under new ownership.

“As a venue we are trying to get ourselves back out there again and hoping to put on a good event for everybody,” said Rathsallagh professional Mick O’Shea.

“I’d love to see the Southern Championship back were it belongs on our schedule as one of our top events. Hopefully all of the PGA members will come along and support it on the day.”

The course, which first opened for play in 1994, was designed by Peter McEvoy and the late Christy O’Connor Jnr. It sits in beautiful parkland near Dunlavin, Co Wicklow with mature woodland lining all the fairways.  Built to championship standard, the course is routed over rolling terrain and with a number of burns, ditches and ponds that bring water into play on several holes. Hundreds of mature trees flank the fairways.

“The fairways are wide open so if you drive it well, you can expect to score well,” added O’Shea. “Given some decent weather, I think there will be some low scoring.The course was re-routed last September and the old 10th is now the first. We also created a new 11th hole, a par three.”

For more information on the Pro-Am contact golf@rathsallagh.com or call 045 403316

Countdown is on! 100 days to World Invitational in Northern Ireland