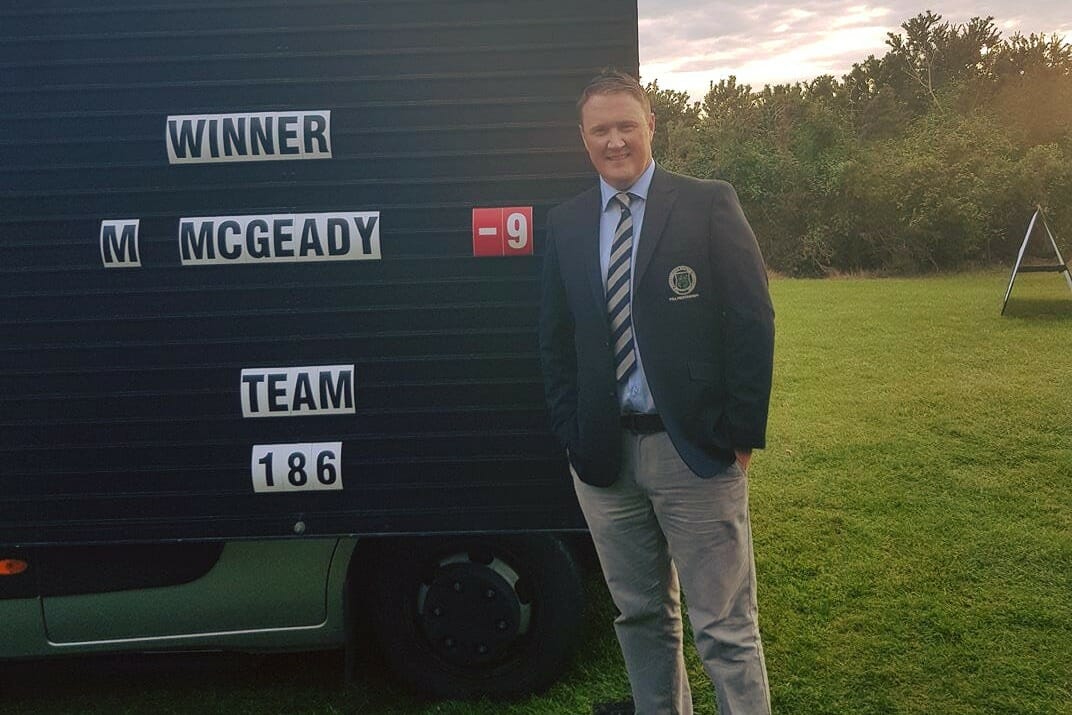 Michael McGeady (Evolve Golf Coaching) continued his fine early season form as he eased to a three-shot victory at The Heritage Challenge Pro-Am sponsored by JustGolf.ie on Sunday.

The Derry-based pro is no stranger to success around the Ballesteros Course at the Heritage as he won this event in 2014 was second in 2017 and tied 6th in 2015.

The victory was built on a brilliant eight-birdie, no bogey opening round of 64 on Saturday during which the 40-year-old hit every green in regulation.

“The more impressive thing was that I had a family event on Friday evening so I drove down on Saturday morning to play,” said McGeady.

“So really my expectations were pretty low but I didn’t put any pressure on myself and started hitting the ball well. It was a really solid day’s golf.”

McGeady finished day one with a two-shot lead over the in-form Colm Moriarty (Glasson Hotel & GC) with Cian McNamara (Monkstown GC) a further two shots back in third.

The players returned for the second and final 18 holes on Sunday but the magic that marked out Michael’s play on Saturday had disappeared overnight.

He battled his way around, posting a one-over par 71 that included three birdies and two bogeys.

“Today’s round could easily have been four or five over,” added McGeady. “I scrambled and worked really hard for that 71. My putting kept me in it, I putted like a god.”