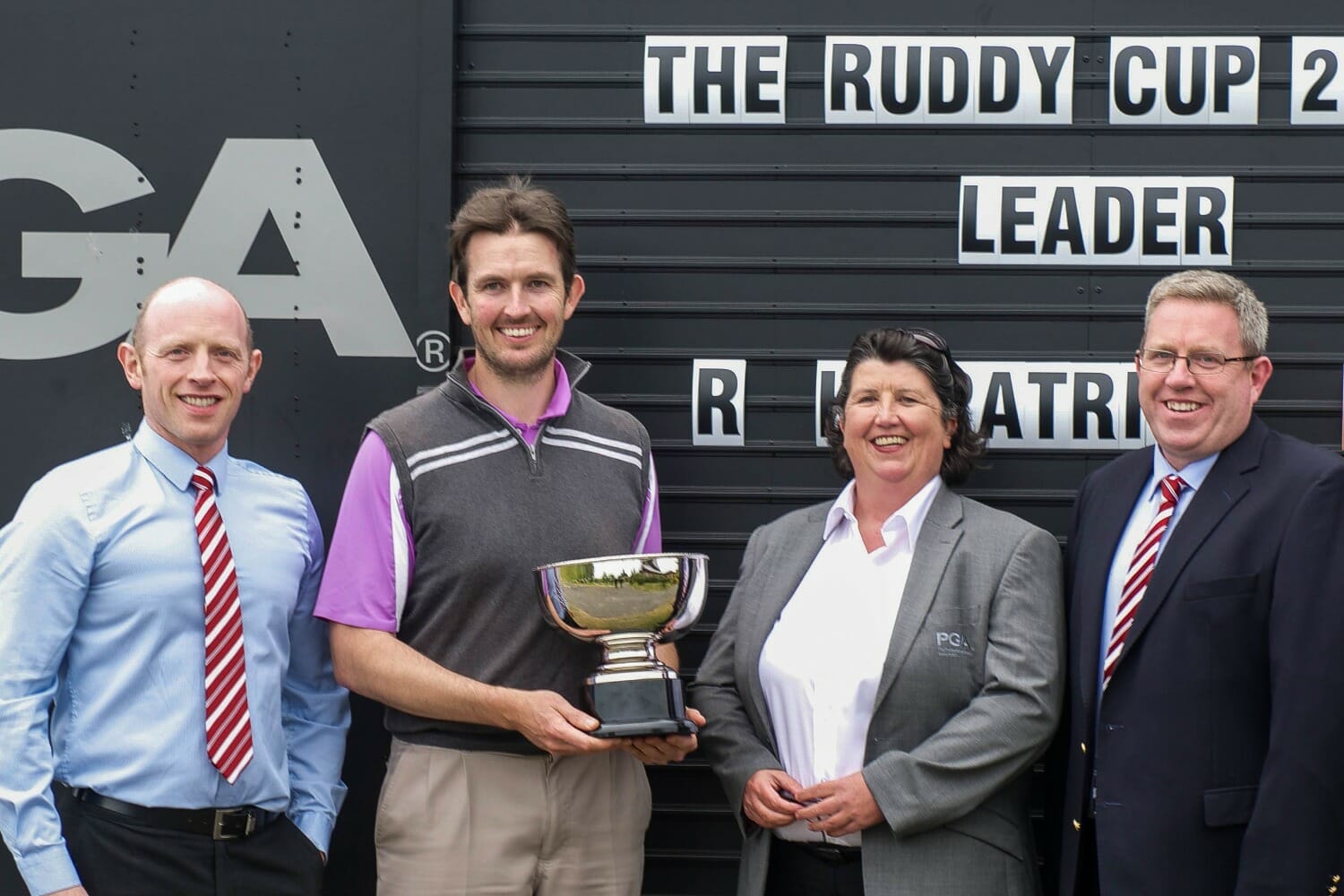 Richard Kilpatrick (Banbridge Golf Club) will return to The European Club to defend The Ruddy Cup for Trainee Professionals (May 9).

The Banbridge man shot a terrific, one-under par 70 last year to edge out playing partner Noel Murray by a stroke.
As has happened in so many previous events at The European Club, the par-four 17th proved to be the decisive hole last year with Murray making a bogey to Kilpatrick’s crucial birdie three.
“Thinking back, I played quite steady on the day. I didn’t do a whole lot wrong and didn’t do anything flamboyant,” said Kilpatrick who recently completed his final year PGA exams.
“I always play the European Club as a second shot course. Make sure and get it into the fairway and take it from there so then you don’t cause yourself too many problems.”

Richard has been concentrating on his exams prep in recent months and admits that his golf may be a bit ‘rusty’ but he wouldn’t miss the chance to defend his title.
“It’s a great event for the assistants, especially on a course like The European Club,” he said.
Pat Ruddy, the creator of The European Club and the sponsor of the event, is pleased to be able to give the young PGA professionals a chance to flex their competitive muscles.
“The cup used to be offered for the match between the amateurs and professionals back in the 1990s when Darren Clarke and Padraig Harrington would play as amateurs,” Ruddy explained.
“But it went into abeyance. So a few years ago I thought that with the GUI now sending players to compete all over the world, I might offer the young professionals something to play for.
“They guy who goes to work in the shop doesn’t get the same attention as they might have in the past, so it’s a small token to that side of the field, and a four-figure cheque might help whoever happens to win it.
“Some of them can lose interest after becoming immersed in club life when the reason they turned to it in the first place was the love of the game.
“So it’s a small incentive at the start of the year the get out in clean pair shoes with some fresh golf balls and give it a go and who knows what the rest of the year might bring.”
The prize fund for the event is €5,820 with €1,000 going to the winner.