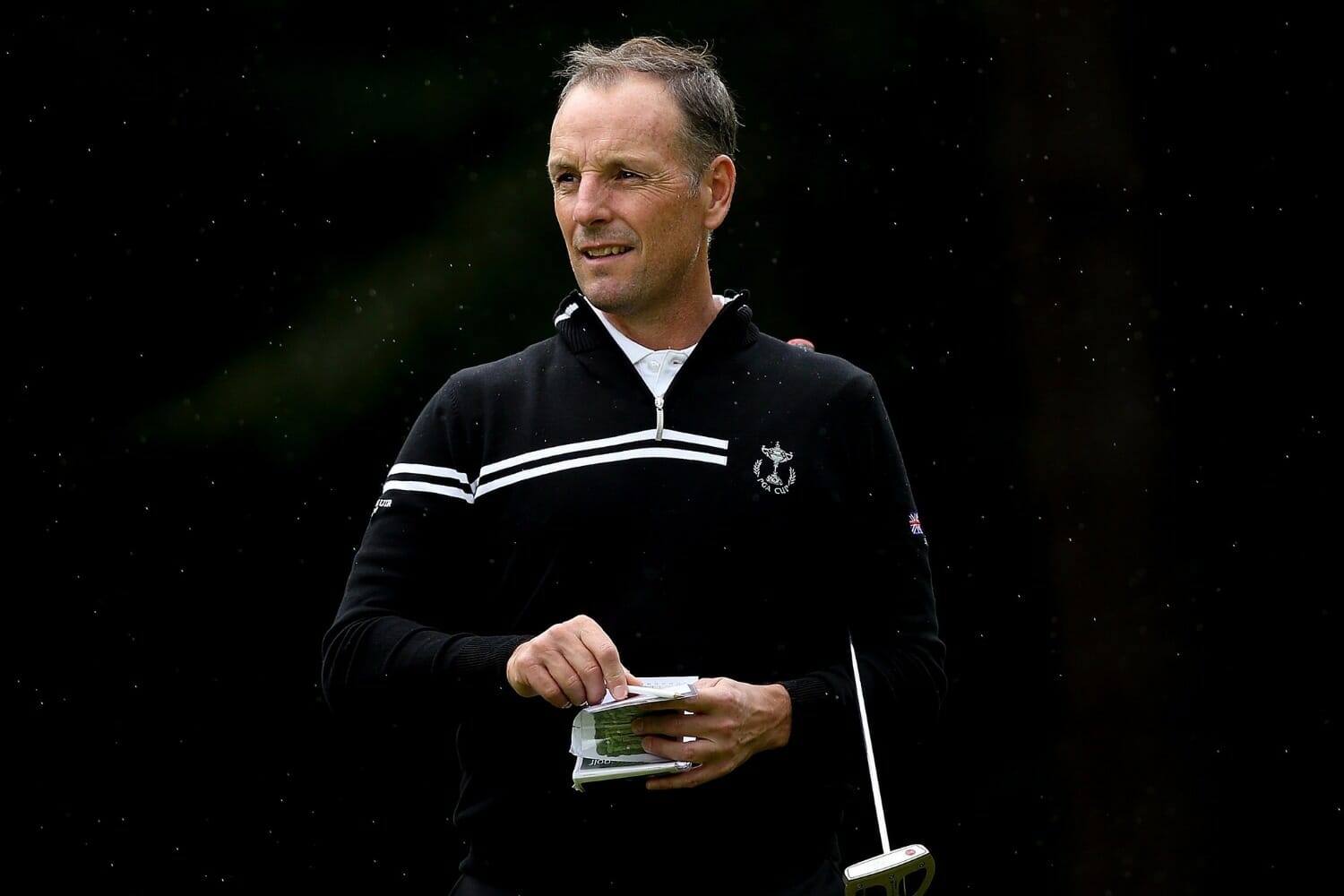 Albert MacKenzie admitted he was “very proud” of his Great Britain and Ireland side after they surged into the lead at the end of the first day of the PGA Cup at Foxhills Club and Resort.

The GB&I captain watched on in delight as his side overturned a 1-3 deficit from the morning’s fourball play, delivering a 4.5-3.5 lead after the afternoon’s foursomes action.
Chris Currie was the hosts’ first-day hero as he won both of his matches, but Waterville’s David Higgins also played a starring role. He partnered Currie in the morning and then secured a half alongside fellow Irishman Damien McGrane in the afternoon.
In fact, the Irish duo were foiled at the last when attempting to complete a clean sweep of the afternoon session for GB&I when Matt Dobyns, a right-hander who putts left-handed, sank a four foot birdie putt to halve the match.

Still, MacKenzie was over the moon with his side’s effort and said: “I’m very proud of the guys today. Session two was going to be pivotal after what happened this morning. “The Americans were great – I applaud how they played this morning. The important thing for us was to consolidate and get back in the tournament.
“And the way the guys have played this afternoon, they have put us into a strong position going into day two. They went about the foursomes like the true professionals they are.
“I’m full of admiration for Chris Currie. He is one of the youngest guys in the team but he has a double-edged sword – a great golf game and fantastic mental strength. “Chris was superb – both morning and afternoon. To get a couple of points on the board in his first day of PGA Cup matches is testament to what a great player he is.”
After winning the afternoon foursomes 3.5 – 0.5 MacKenzie has now set his sights on securing success in each of the three remaining sessions.

He added: “I’ve just asked the guys to do their very best and leave nothing behind. They will do that every session for us.
“So we’ll go into every session fresh and not really worry too much what the score-line is. We’re going to try and win the remaining three sessions – each of them. That’s what we need to do now.”