Kilpatrick edges out Murray to win the Ruddy Cup 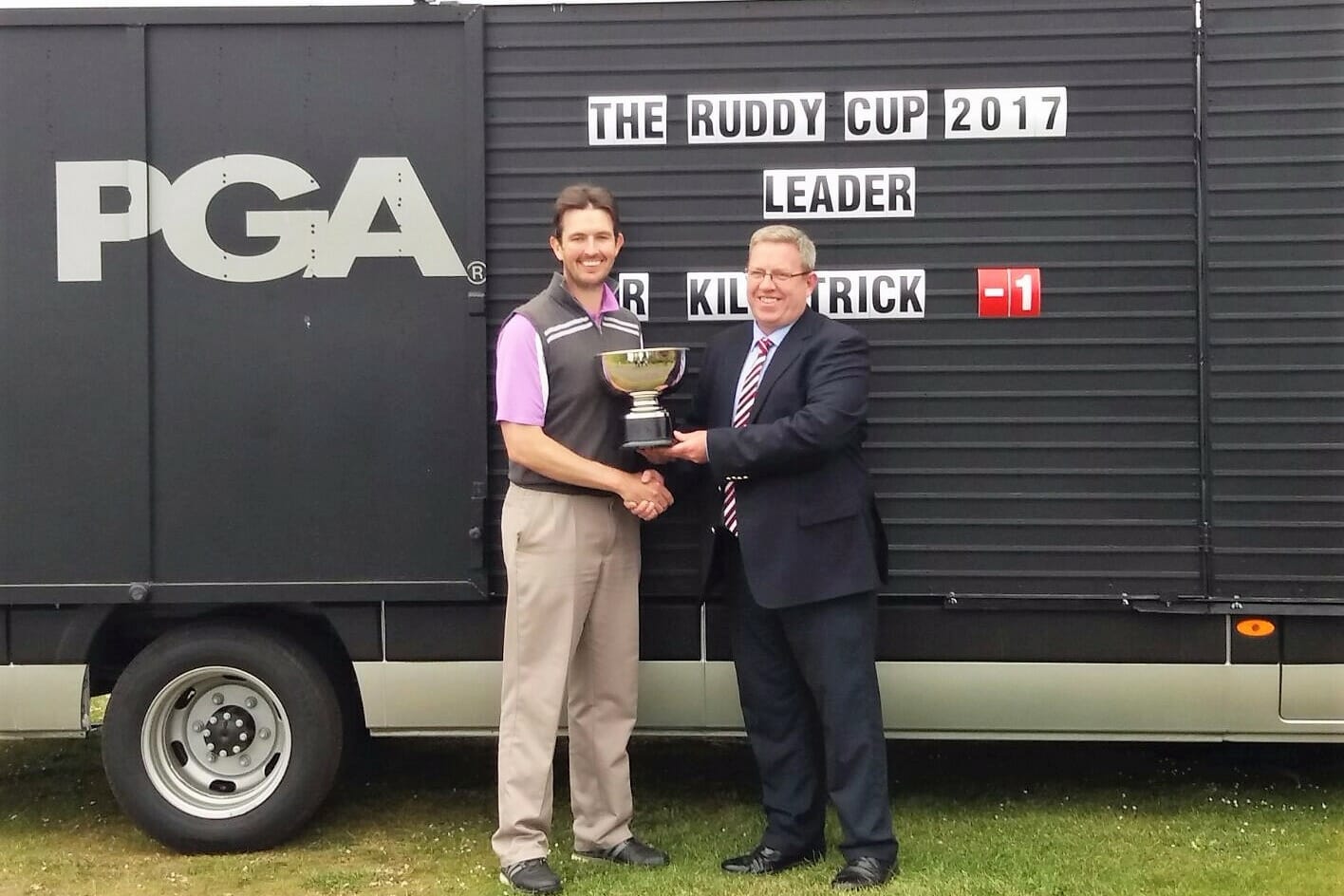 Banbridge professional Richard Kilpatrick fired a one under par 71 to claim the Ruddy Cup for Young Professionals at the European Club.

The 35-year-old edged out playing partner Noel Murray (American Golf) by a shot at the Pat Ruddy designed masterpiece in Co Wicklow.
“You couldn’t have played this place in more benign conditions. It was perfect, what a class golf course,” said Kilpatrick, a winner of the recent PGA Irish Club Pro-Am at St Anne’s GC.
Richard went to the turn in one over par 36 with birdies at the first and third cancelled out by dropped shots at the fifth, seventh and eighth. He added three more birdies on the back nine at the 13th, 14th and 17th with his only dropped shot of the back nine coming on the par four 15th.
“It was a great tussle with Noel. He was leading by one as we played the 17 but I managed to get that birdie while he dropped a shot,” added Richard.
“It was great to get that kind of competitive battle so early in the season.”
Aside from that bogey on the 17th, Murray was also left to rue a quadruple bogey eight at the par four seventh which dented his chances.
The next event on the PGA in Ireland circuit is Roganstown Golf Hotel Pro-Am on May 15th.