Dunmore leads after round one at Dromoland Castle 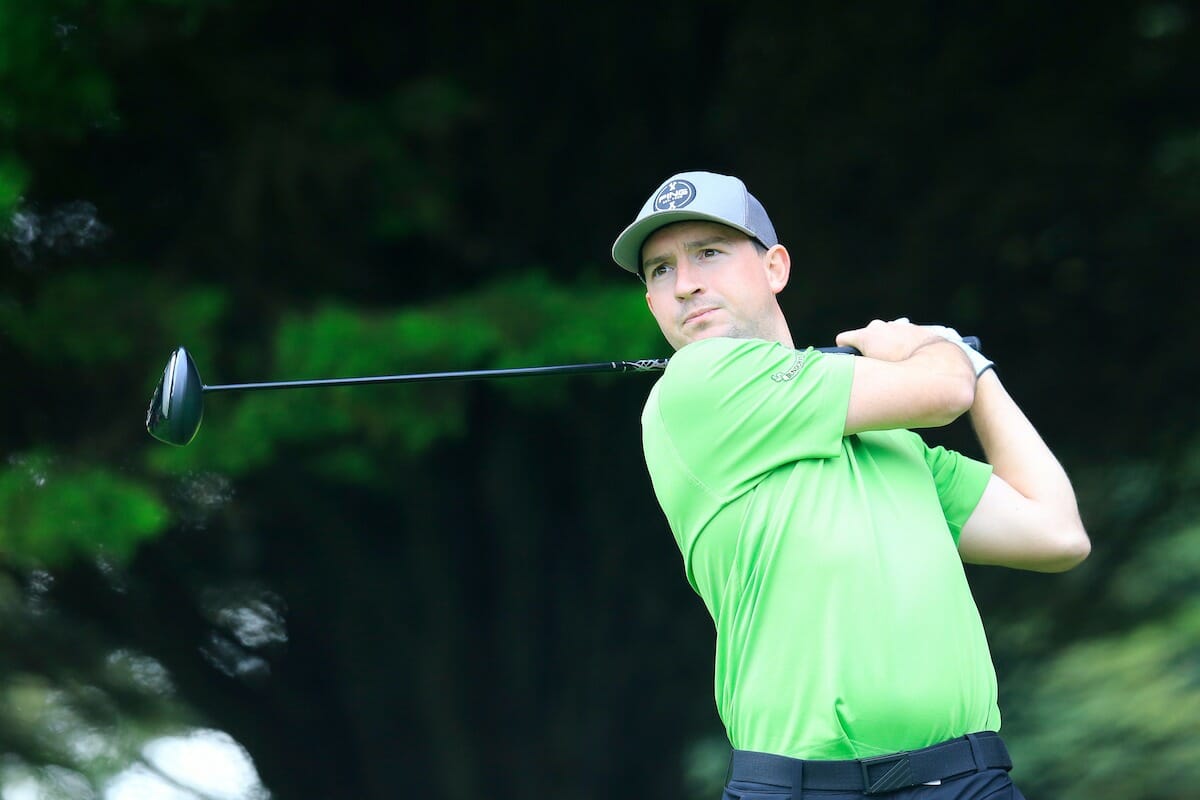 Adam Dunmore leads the way after the opening round of the Club Professional Tournament sponsored by Carr Golf and Citroen at Dromoland Castle.

The Bundoran GC man has a two-shot lead over Eamonn Brady (Clontarf) and defending champion, David Higgins (Waterville Links) going in to Friday’s final round.
In what is a packed leaderboard, just five shots seperate the top 20 players, amongst them is Richard Kilpatrick (Banbridge GC) who won Wednesday’s Pro-Am with a five under par 67.
Northampton born Dunmore went to the turn in two under 34 with bogeys at the second and fifth offset by birdies at the sixth and eighth and an eagle at the par five fourth.
His back nine was less colourful as he pencilled in seven pars, a birdie at the par three 13th and a bogey at the final hole of the day, the par five 18th.
The second and final round gets underway on Friday at 8am. The leading three-ball of Higgins, Brady and Dunmore will tee off at 11.40am