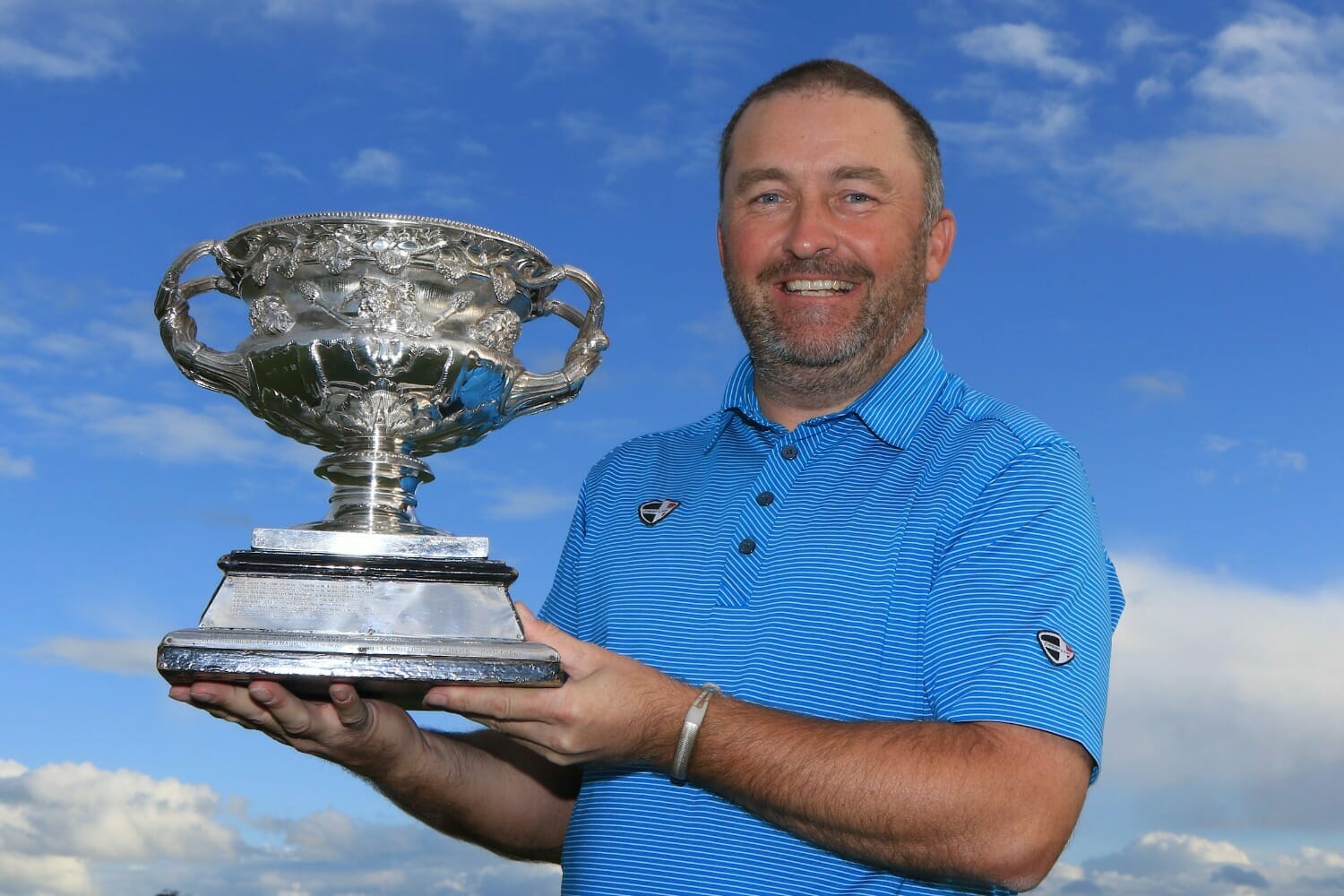 Damien McGrane finally got his hands on the Irish PGA Championship trophy on Sunday after a tense back nine battle with Simon Thornton at Moyvalley Hotel and Golf Resort.
Playing ahead of McGrane, Newcastle based Thornton birdied the 14th, 15th and 16th to reach 10 under par but an unfortunate three-putt bogey at the last dropped him back to nine under for the tournament.
McGrane, playing in the final group of the day, also birdied the 14th, 15th and 16th to reach 10 under par with one hole remaining. A par at the last would be good enough to claim the title and the experienced campaigner duly delivered, two putting from long-range to secure victory.
“It was on my to-do list to someday lift the Irish Championship and I’m overwhelmed is the best way to describe it”
The 45-year-old who has enjoyed a stellar year on the PGA in Ireland circuit – winning on 14 occasions added,
“I played nicely this week but my putter was a bit flat yesterday. Then, in the middle of my back nine today, I holed a putt on 14 and followed up with three more on 15, 16 and 17,” said Damien.
“All of a sudden, I went from third to first and I finished the job off nicely. I’m proud of myself. I feel like it has been a long time coming but I feel like I deserve to win it. It’s great to be rewarded and to win the trophy.”
Strong winds battered the golf course all day and play was suspended for an hour midway through the final round because of a dangerous weather situation but none of it seemed to disrupt the eventual winner.
“My problem was that I was hitting it in pretty close but missing everything in the wind,” added Damien. “Once I was missing all the putts I wasn’t really in the contest but I said to my caddy, ‘if I get one, I will get them all’ and then on the par three 14th I holed a tricky one for birdie that got me going and then I holed four putts in a row after that”
“I had to be patient, sit and wait for the ball to eventually go my way. I’m proud of how I won the Championship this year.”
Overnight leader Colm Moriarty (Drive Golf Performance) simply couldn’t get anything going and after reaching the turn in level par 36, he came home in one over par 37, racking up eight pars and a single bogey.
It was a tough day at the office for Niall Kearney too, who finished the tournament in fourth place after carding a four over par 74. The Dubliner had been chasing a third consecutive Irish PGA Championship title but an opening nine holes of two over par 38 gave him too much ground to make up.