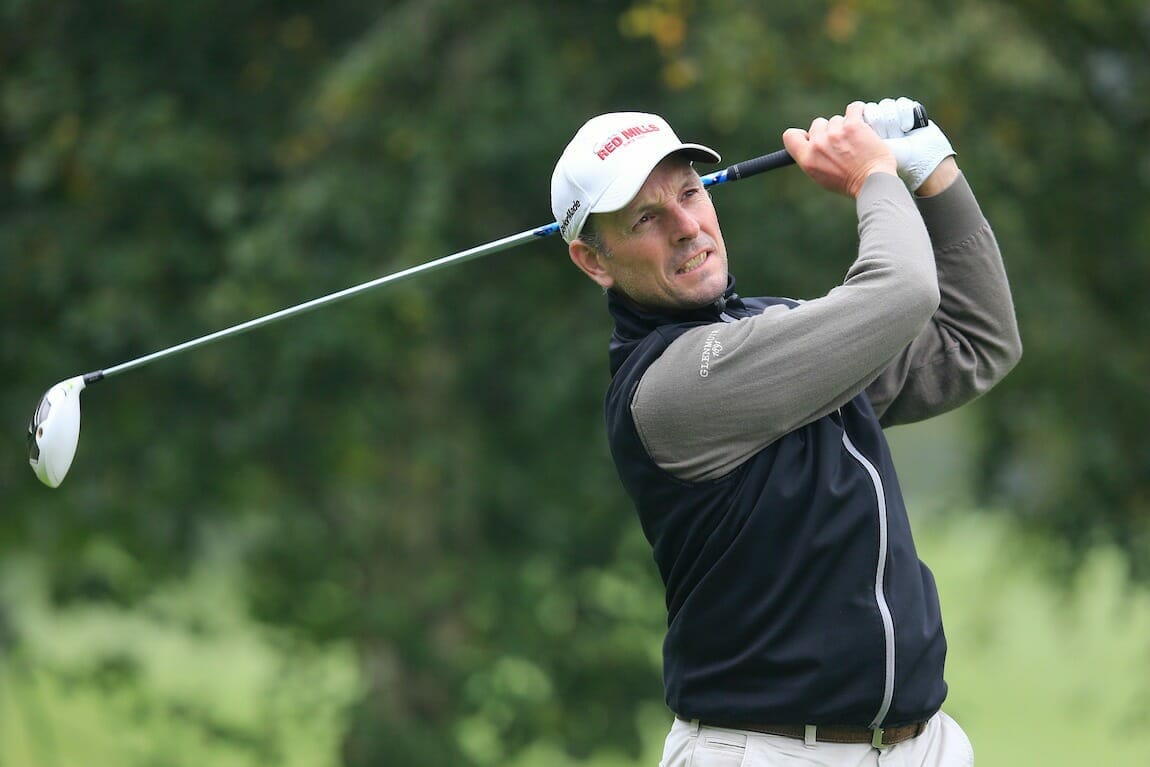 Brian McElhinney (North West) finished in second place on six under par (69/64), with Damien McGrane (69/65) in third on five under par.
Round one leader, Neil O’Briain (Old Conna) ended the tournament tied for fourth on four under par alongside Mark Staunton (Delgany Golf Club) and Colm Moriarty (Drive Golf Performance).

Attention now turns to the final event of the PGA in Ireland season, the PGA Ulster Championship at Hilton Templepatrick on Thursday with Jerry Scullion defending his title.
“I’m looking forward to it and  have been building up to it by getting a few competitive rounds under my belt,” said Scullion, who finished tied for 30th at the recent Irish PGA Championship.
Last year the Kilkeel professional fired a superb second round eight under par 64 to jump out of the pack and finish one shot ahead of Mark Staunton and Michael McDermott.

“The win last year was great. Everything just fell into place on that one day. I would certainly take a couple of rounds like that last round again this time around,” added the 33-year-old.
“I’m warming up nicely at the minute and hitting the ball decently enough.
“I played in the TGI Partnership Trophy at the Belfry a couple of weeks ago and thoroughly enjoyed it. It was a decent test.
“At the moment, the putter is behaving itself and I just hope everything else stays together.”