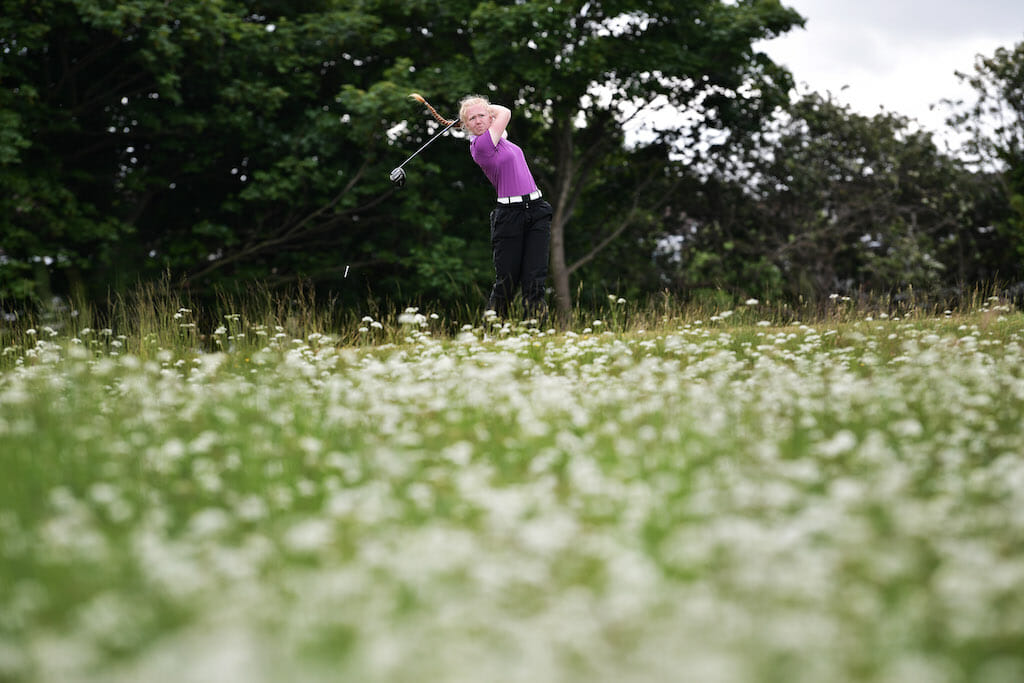 Rebekah Gardner saw a ten-shot 54-hole lead disappear on the final day of the English Girls Amateur Championship as Sophia Fullbrook fired an epic final round of 62 to claim the title at The Wilmslow Golf Club.

Gardner led Fullbrook by the minimum entering the final 36 holes on Thursday and a superb morning effort of 65 saw her move to thirteen-under and a whopping ten shots clear.

But golf is fickle and a lot can change and unfortunately for the Clandeboye native things began to go against her for the first time this week in Cheshire.

A blistering seven-under front nine from Fullbrook piled the pressure on Gardner who had dropped two shots and drifted back to -11.

At the end of the 12th hole, the tide turned completely as Fullbrook birdied, and Gardner could only manage a par and it was the Englishwoman who kept her cool in the drizzle.

The Melbourne golfer maintained her advantage from there on and edged to a two-shot win.

Fullbrook, a worthy champion after four rounds of 72,67,74 and 62 was overjoyed to have claimed the title.

She said: “I’m very pleased with my final round.

“It feels insane [to be English Girls’ champion]. After my third round, I knew I had to go low if I wanted to do it and luckily I did.

“The birdies just kept coming! My putts were finally dropping compared to this morning and I was just trying to stay patient.

“It was a bit more stressful coming down the back nine, so I was trying to do my best to hold myself together.”