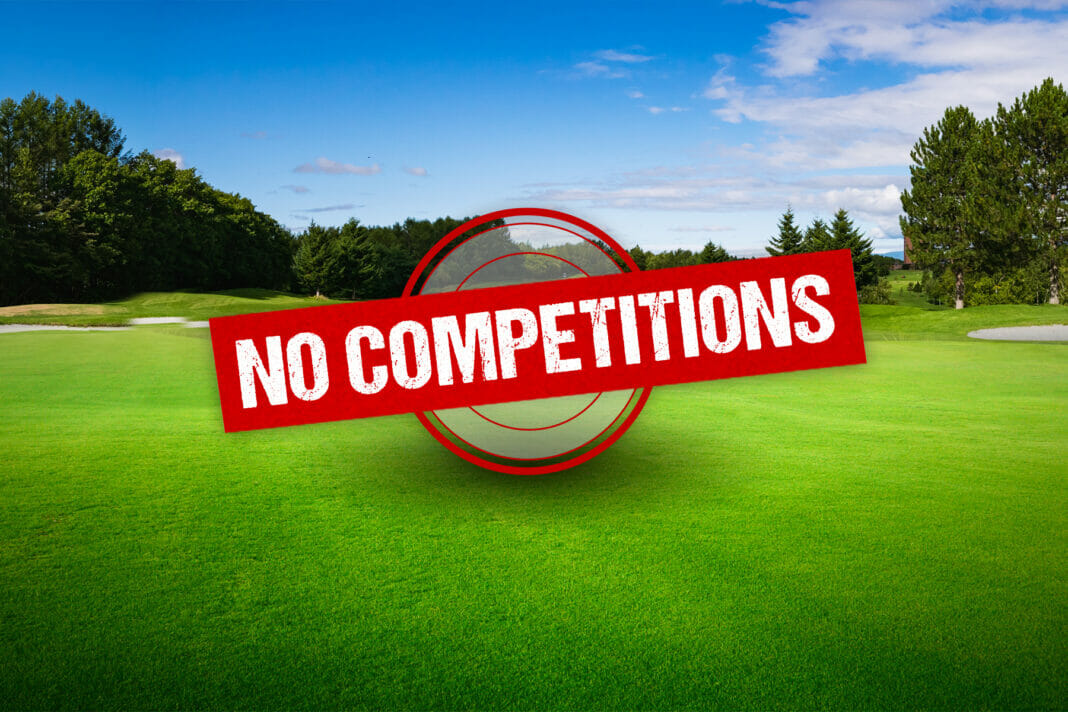 In 1998, a little known English amateur named Justin Rose very nearly pulled off one of the greatest shocks the sport has ever seen. Tomorrow we reveal our number one - any guesses for what claims our top spot?
Read more
Columns

No Italian golfer had ever come close to winning the Open Championship, but at the 124th staging of the venerable event in 1995, Bergamo-born Constantino Rocca was in contention coming to the final two holes
Read more

Following the dramatic u-turn in terms of competitive golf which was confirmed by the GUI and ILGU late on Friday evening and the subsequent flood of questions and outrage online from golfers around the country, the Governing bodies of golf have now made a clarifying statement on the matter.

The statement clears up some questions in relation to the late change of heart but it is little comfort for the many clubs, administrators and volunteers that had put considerable time, effort and financial investment into getting courses and procedures ready for the re-introduction of competition.

It would appear that the Governing bodies have been required to implement the advice from the Expert Group on the Return to Sport but the decision will raise more questions as the ‘no competitions’ regulation only applies to the Republic of Ireland, so competitions in Northern Ireland are still on the cards.

On the positive side, the fact that we can travel within our counties or within 20km of our homes from Monday should mean that most golfers can now get to play.

JOINT RESPONSE TO QUERIES ON COMPETITIONS BY GUI & ILGU
Please note: This relates to golf clubs in the Republic of Ireland only.​

In mid-April the GUI and ILGU submitted a draft Protocol to Government which outlined the means by which the Unions felt that golf could be re-introduced on a safe, low-risk basis. This submission by the Unions ultimately led to golf being included, as one of only two named sports, in Phase 1 of the Government’s Roadmap for Reopening Society and Business.

Once the Unions became aware of the phased approach taken by Government, Golf’s Protocol was updated to include phases matching those in the Government’s Roadmap and the Union’s submitted their updated Protocol to Government, including an Appendix setting out Golf’s phased plan. The Appendix indicated that Club competitions would be allowed in Phase 2.
The GUI and ILGU then issued the Protocol to clubs and golfers, emphasising that:
“Public health measures are likely to be continually updated by the Government. Even if golf continues to be allowed in such circumstances, the Protocol governing the safe playing of the game may be updated in line with any changes to public health measures.”
Phase 1 of Golf’s Protocol was subsequently approved by the Government appointed Expert Group on the Return to Sport. Feedback from the group was silent in relation to Phase 2 and subsequent phases.
On the week commencing 25th May, the Unions submitted their detailed Protocol for Phase 2 to Government, including some easing in restrictions relating to group sizes and tee-time intervals, indicating that the Protocol would be published and issued to affiliated clubs on Monday, 1st June.
On Wednesday, 3rd June, the Expert Group on the Return to Sport met and considered Phase 2 protocols from various sports. At this meeting, the Group decided that competitions across all team and individual sports would not be permitted in Phase 2. This was communicated to the Unions on Thursday, 4th June.
Clearly, the Unions remained of the view that golf competitions, played under that conditions set out in Appendix 2 of the Unions Phase 2 Protocol, posed no additional risk to golfers. This was communicated to Sport Ireland on the afternoon of Thursday, 4th June and Sport Ireland were asked to reconsider the position.
On the afternoon of Friday, 5th June, Sport Ireland confirmed the decision of the Expert Group, as follows:
“An important point is that the Expert Group advises against any competitive sport in Phase 2. That is a general point across all sports and not directed at golf specifically although relevant to your plans. Fairness and consistency of the application of advice across all sport is an important element of the mandate of the Expert Group.
There is a rationale behind that advice. Phase 2 remains a high risk Phase with COVID 19 still active in community settings. People are encouraged to return to sport and physical activity but strictly within public health guidelines. There are significant relaxations of the protocols but caution is still recommended. Competition in sport is not advised as it means higher intensity activity, more people involved in a particular event and an incentive for people to travel beyond the 20 km limit.
We understand your point that closed club competitions were included in protocols submitted some weeks ago. However, the Expert Group works on a Phase by Phase basis as the public health advice can change. Phase 2 was only considered on June 3 and it is understood that the public health emergency is an evolving situation with a high level of uncertainty from week to week. NGBs have to plan ahead but those plans are subject to change depending on Government approval and advice.”
The Unions then issued their statement to clubs confirming that competitions could not be played in Phase 2.
On the morning of Saturday, 6th June, the Department of Transport, Tourism and Sport issued a Press Release (See: https://www.gov.ie/en/press-release/c7327-return-to-sport-expert-group-recommends-further-steps-towards-phase-2-protocols/) confirming the decision of the Expert Group. The Press Release states:
“On this occasion, the Expert Group emphasized that the resumption of permitted sporting activity under phase 2 related to team sports training (but not matches) where social distancing can be maintained and where there is no contact. The focus is on team training, not on the playing of team games.
Accordingly, the Expert Group confirmed that training matches, friendlies, competitive fixtures or competitions in individual or team sport are not included under phase two; these will arise in later phases.”
The GUI and ILGU acknowledge the work of the Expert Group in the complex matter of  getting sport re-started in a safe manner and particularly, for the progressive approach the Group has taken in deciding that golf would be included from Phase 1. We will continue to work with the Group as we progress through the Roadmap.
The Unions welcome the easing of travel restrictions from 8th June, and their proposed elimination from Phase 3, which will allow increased access to golf courses and the potential for additional revenue generation from green fees.
Finally, we would like to commend our member clubs and golfers for the manner in which they have embraced Golf’s Protocol during Phase 1 and we welcome the fact that our game continues to provide an outlet to people in these challenging times.
Share
Facebook
Twitter
WhatsApp
Linkedin
Email
Print
Previous articleFast and fascinating facts
Next articleBig Interview – James Sugrue – Mallow and mellow for life

Lowry hoping to rediscover his magic touch on the greens

The Open Champion was speaking ahead of his starring role in a new season of the Lessons with a Champion Golfer, an instructional series which premiered exclusively on GOLFPASS
Read more
Columns

In 1998, a little known English amateur named Justin Rose very nearly pulled off one of the greatest shocks the sport has ever seen. Tomorrow we reveal our number one - any guesses for what claims our top spot?
Read more
Tour News