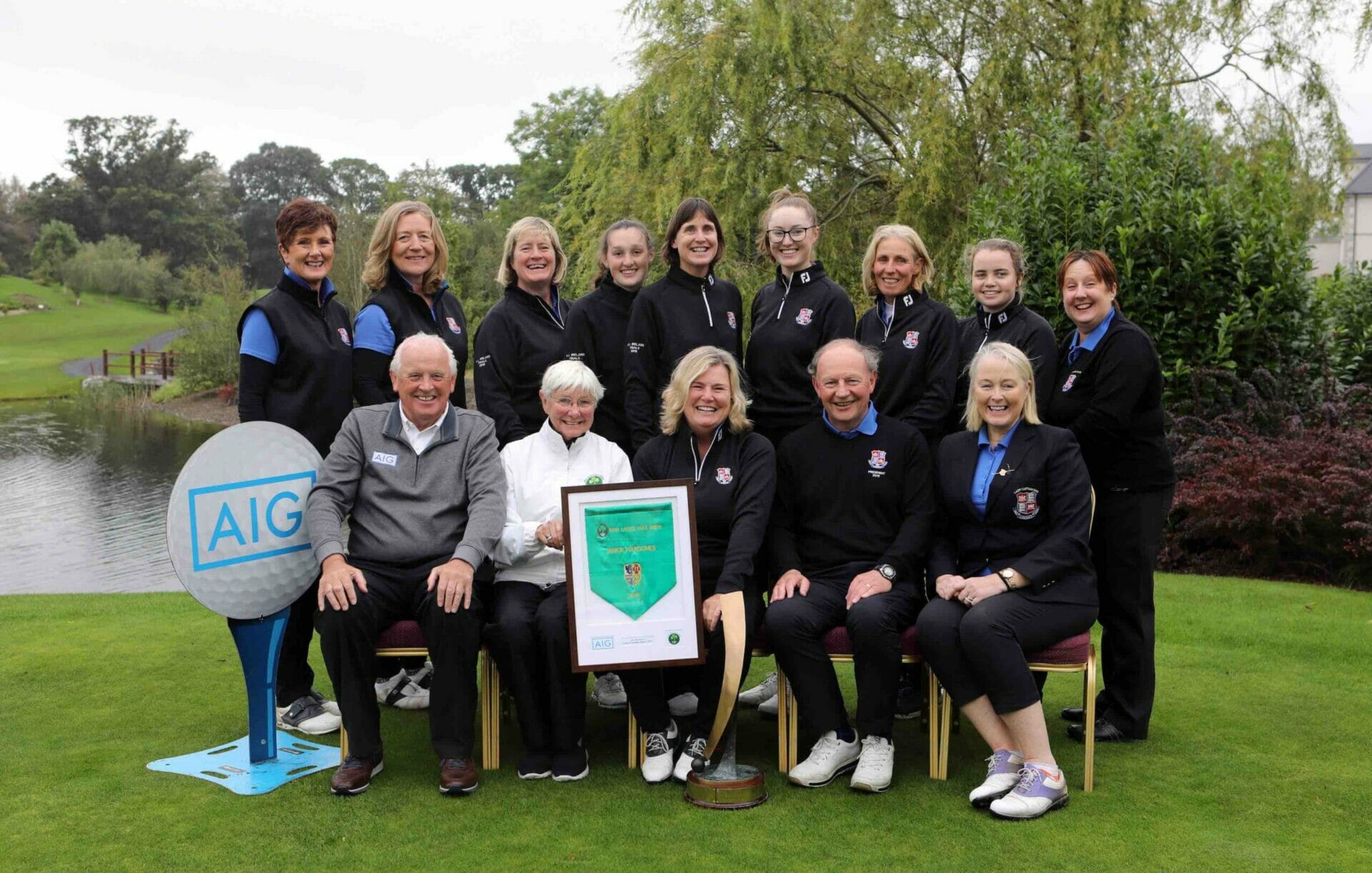 In the AIG Senior Foursomes final it went down to the last putt on the final green with Limerick emerging as the eventual winners by two matches to one against Massereene. Limerick Team Captain Ailish Dilger said: “It’s truly fantastic, we’re overcome with excitement and emotions. It all came down to the last. What a day, what a super feeling.”

Next up for completion was the AIG Minor Cup where New Forest, affiliated to the ILGU for just six years, recorded a special victory.

“Two years ago we hadn’t enough players to field a Minor Cup team and here we are, All-Ireland Champions,” beamed Mary Fallon, Team Captain. “It is unthinkable. In 2016 we only had 20 female members, today we have 50. They’re all new members. It’s a dream come true.”

On a personal note, Fallon picked up a club once retiring and admits, she wasn’t a golf lover straight away.

“I spent my life giving out about golf because my husband was always playing. He often tried to bring me but I was busy and was working. Then, when I retired, I gave it a go. Now I’m such an advocate of it because I know how healthy it is. Mentally and physically it’s so good.”

“I think for women, particularly of a similar age to me, who have spent their lives driving kids around and whatever else, this is their opportunity. I cannot support golf enough and promote golf enough, I am completely turned around.”

Mullingar fell short of a double celebration in the clubs 125th year but a first green pennant was awarded to their Intermediate Cup team. Emma Keena Duffy secured the winning point on the 18th green.

“We’re all so proud, it’s wonderful for Mullingar, they have been working towards this for years. It was a tight finish. I lost my nerve on the 16th when I didn’t hole out and again on 17. We got there in the end and it was entertaining for everyone I hope!”

“We won our first game on 16 then lost the next one on the same hole,” explained Fahy. “It all came down to Rachel Madden and Mary McElroy and you couldn’t have a better pair to bring us home.”

The AIG Junior Cup and AIG Challenge Cup finals brought the day to a conclusion with Enniscorthy and East Cork winning respectively.

“It’s our fourth All-Ireland title in twelve years and we’re absolutely delighted,” said Connie Doyle of Enniscorthy. “We’d a great match today against Limerick and I’d like to congratulate them on a very sporting competition.”

It was a dominating performance by East Cork who defeated Moyola Park, Rathcore and Tulfarris on the path to Challenge Cup victory. Leading player Orla Evans, just 17, played no more than fourteen holes in any match.

“We’ve won three All-Ireland titles in seven years but this was the first since our Proprietor passed away,” said Anne O’Connell. “I think he settled up there and looked after us this week.”

The AIG Ladies Cups and Shields returns to Knightsbrook in 2020. 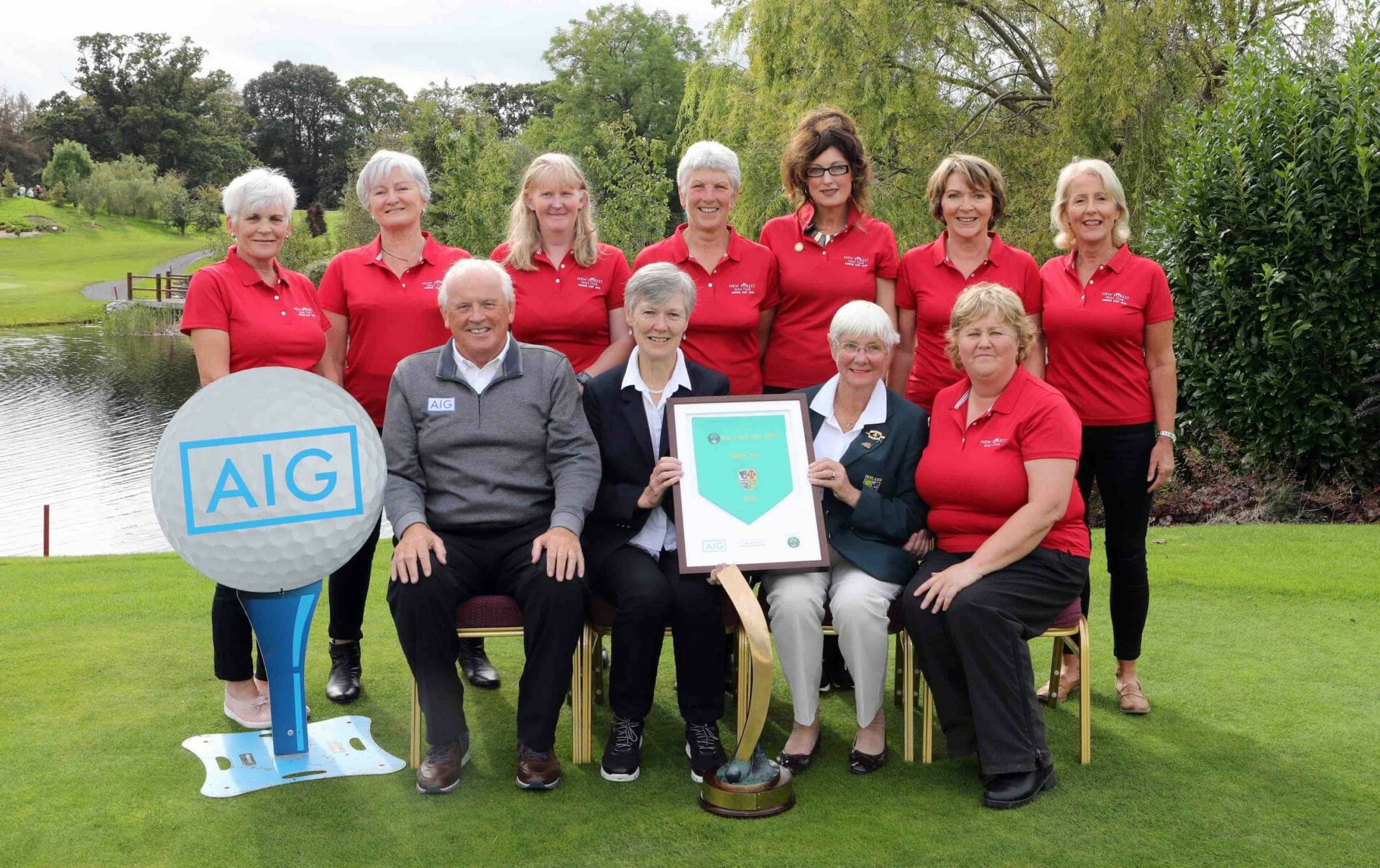 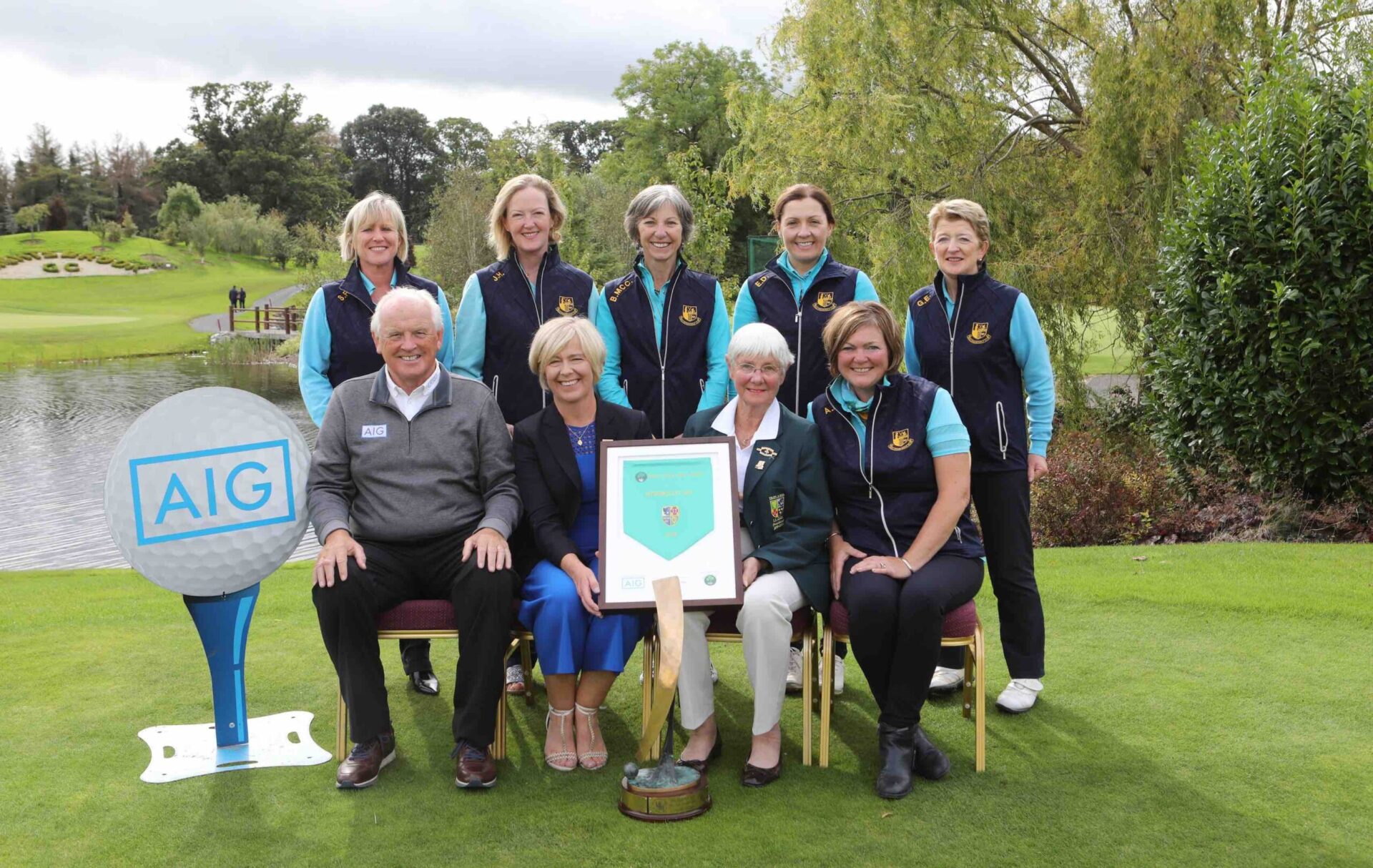 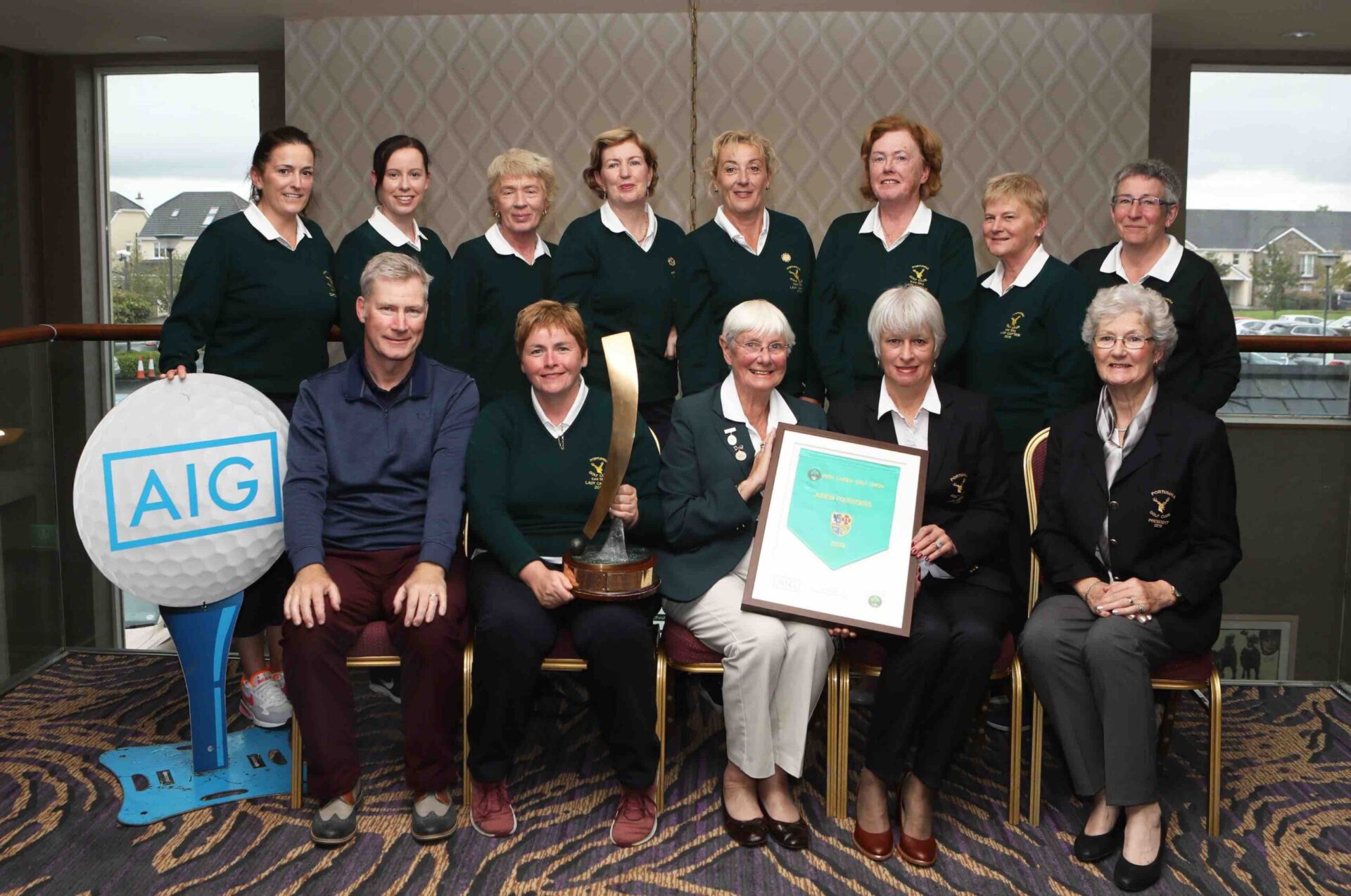 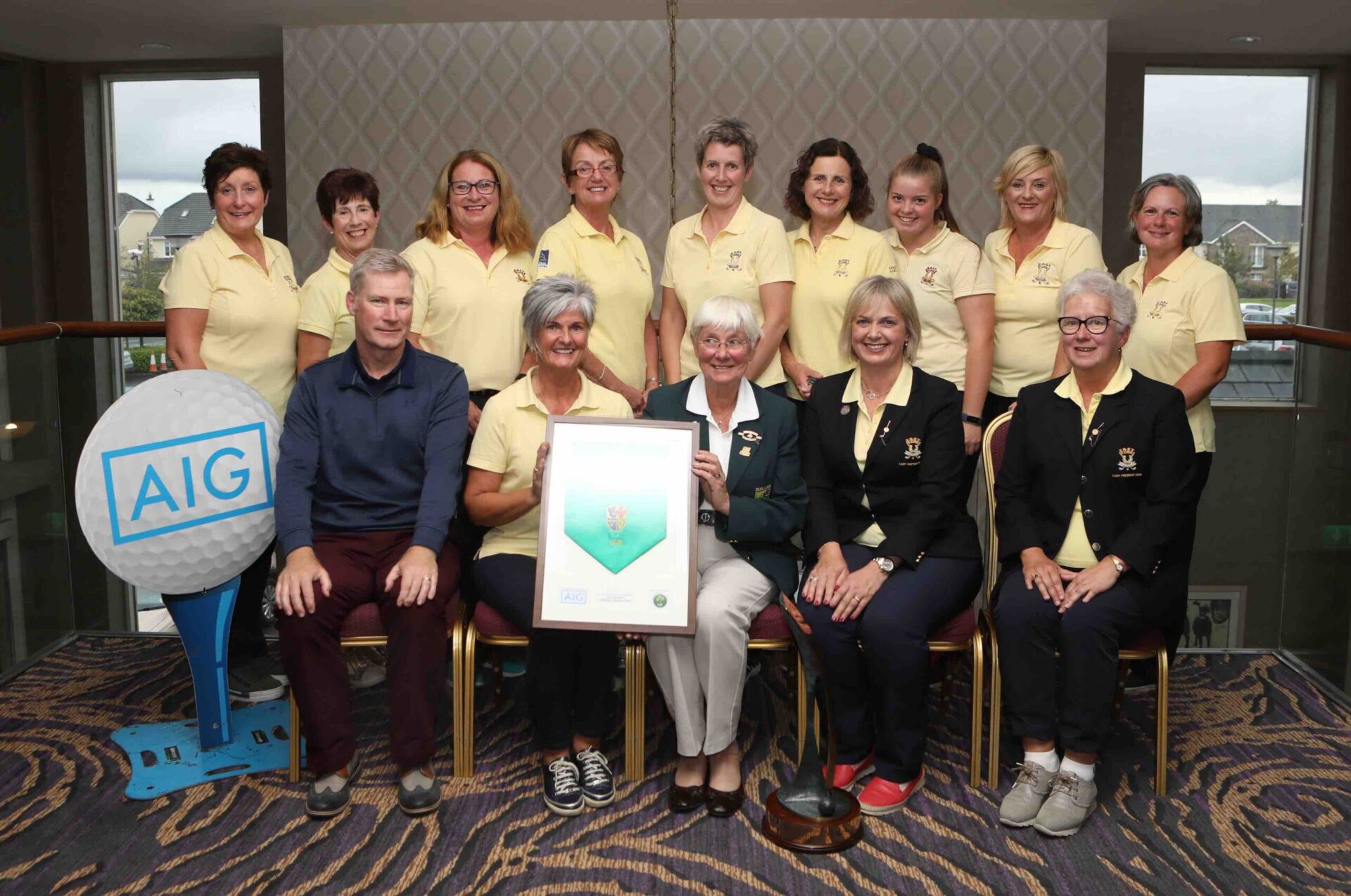 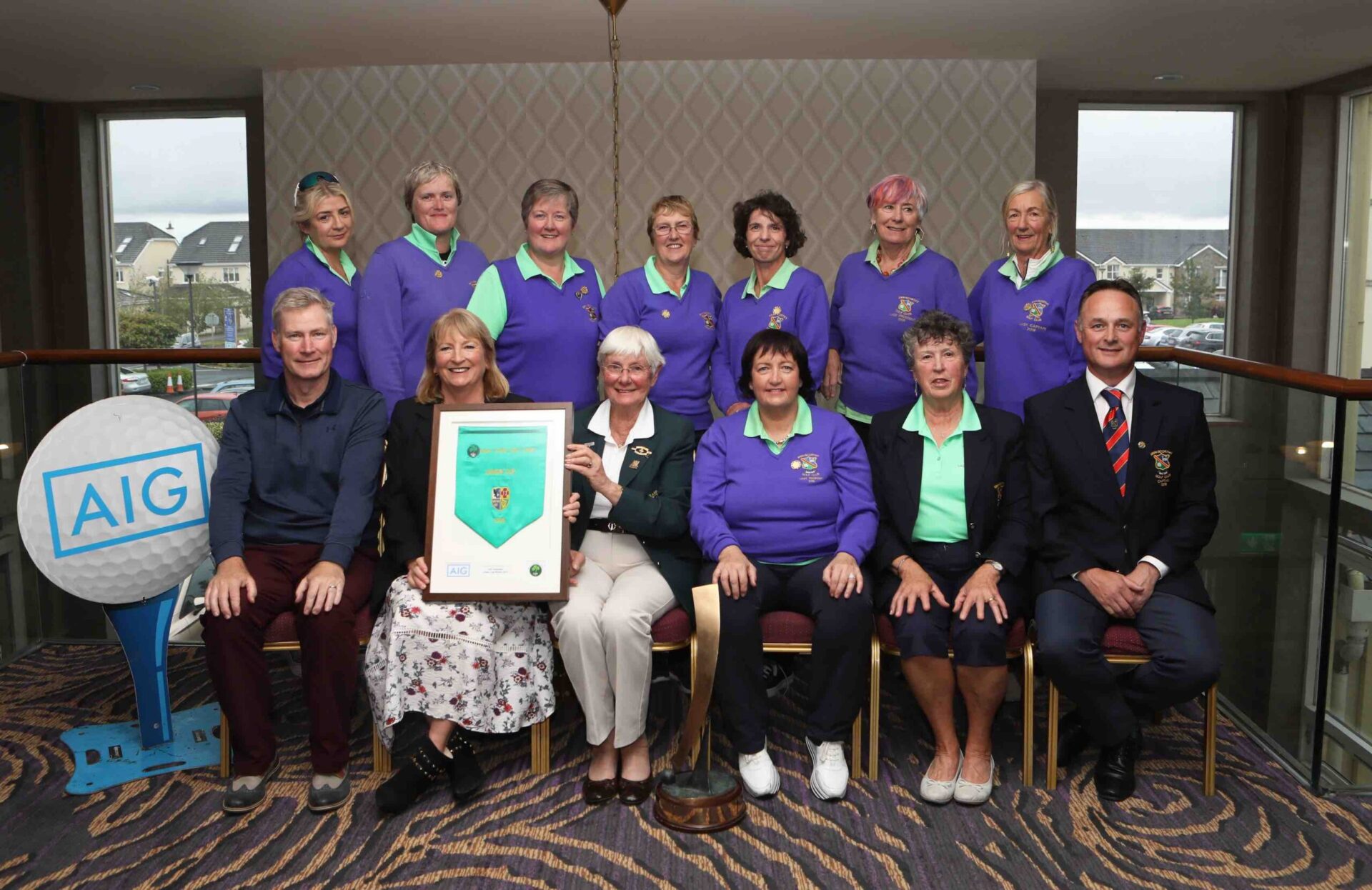