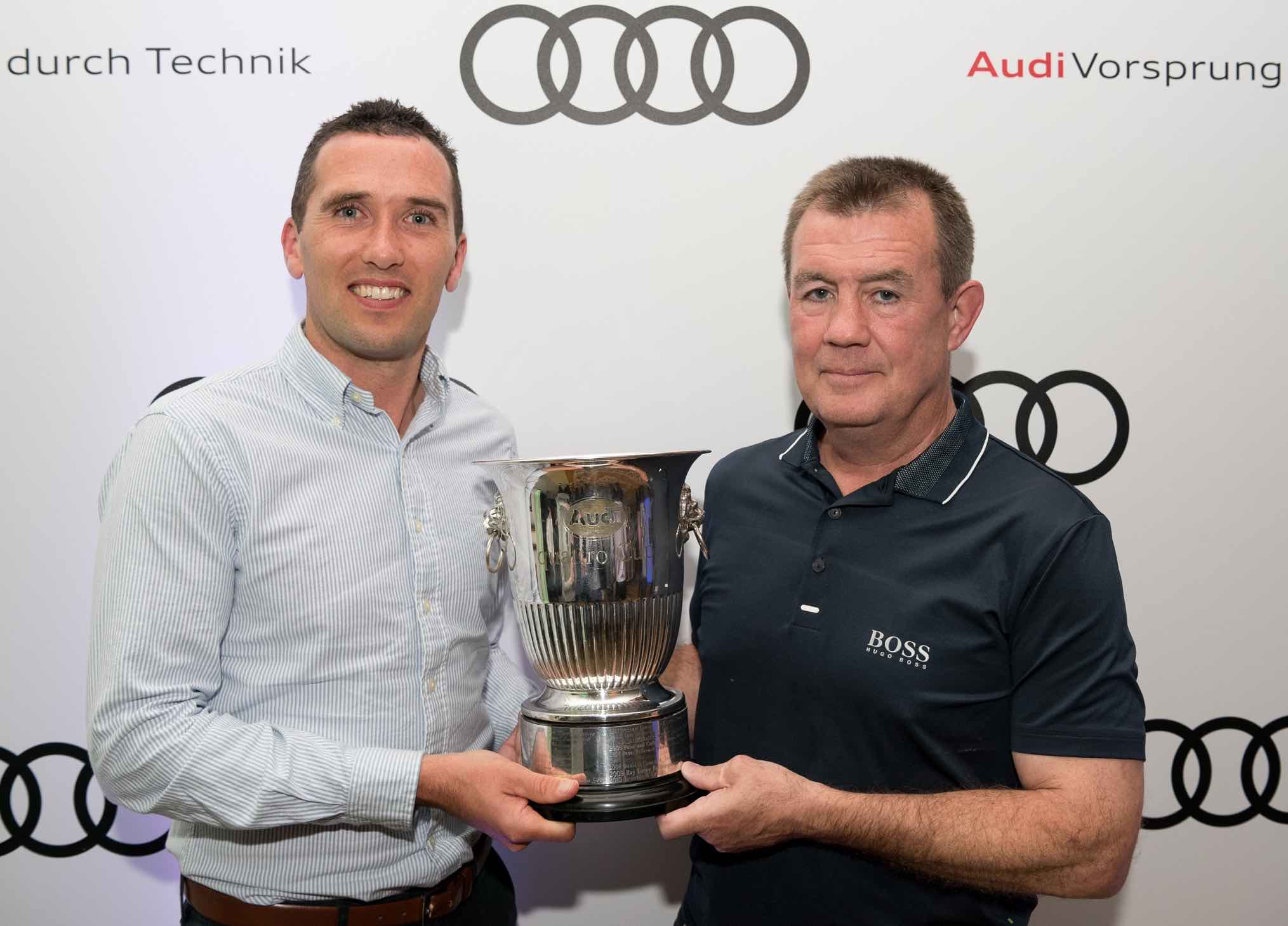 Congratulations to Seamus Lyons and Mark Fitzgerald from Limerick who were announced as champions of the 2019 Audi Ireland quattro Cup as they topped the leaderboard at the national final, held last week at Powerscourt Hotel & Golf Club, Co. Wicklow.

The quattro Cup is one of the biggest amateur golf tournaments in Ireland, with 828 players competing in eight regional events to reach this year’s national final.

The Audi quattro Cup national final saw the six highest ranking pairs from eight regional qualifying heats tee off in the Irish final. Having won the competition, Seamus Lyons and Mark Fitzgerald have now been extended an invite to represent Ireland at the Audi quattro Cup world final in Austria next month.

The winners will now start their preparations for the Audi quattro Cup World final, held at the world-famous Golfclub Kitzbühel-Schwarzsee course in Kitzbühel, Austria from 22nd– 26th September. Seamus Lyons and Mark Fitzgerald will tee off against finalists from 40 participant countries to compete for the title of Audi quattro Cup world champions. Established in 1991, the tournament welcomes approximately over 80,000 golfers globally each year, making the Audi quattro Cup the largest amateur golf series in the world.