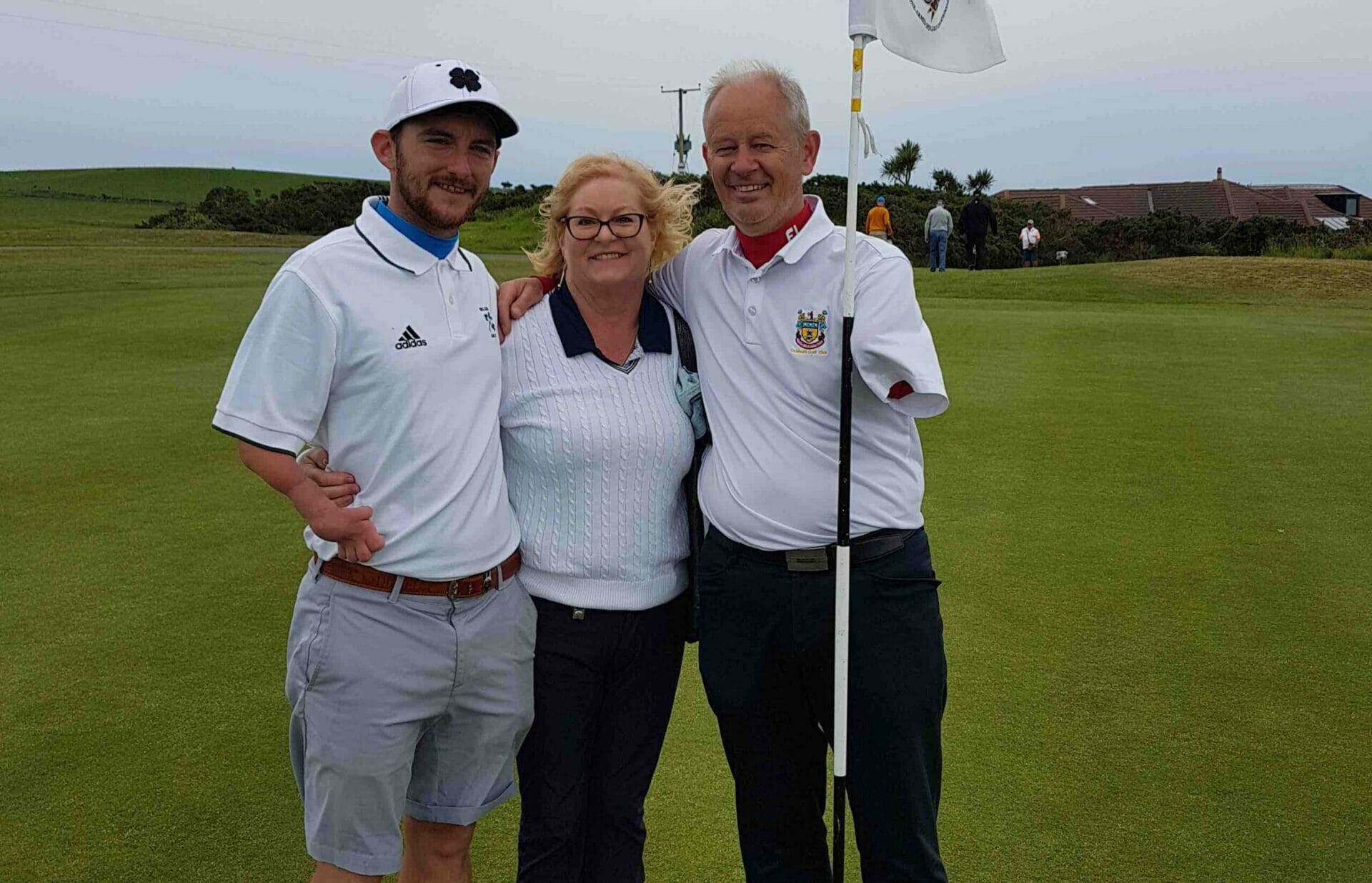 Roganstown’s Cian Arthurs came out on the better side of an all-ireland final to win the recently contested World One Armed Golf Championship at Portpatrick Dunskey Golf Club in Scotland.

Tasked with overcoming Co. Meath’s Brendan Swan at the final hurdle of a thrilling week-long event, Arthurs entered a World Final for the third time in 10 years having failed to previously get over the line at the tournament.

With both players coming through their three match play rounds, the final favoured the Roganstown golfer with the World One Armed Golf Championship played off scratch meaning no shots were given to Swan despite normally playing off a handicap five shots higher than his opponent.

The great leveller was the pressure of Arthurs trying to overcome memories of past near-misses and he was eager to go one better especially having contested the final last year at Carlow. Meanwhile, Swan had contested three previous finals, winning his sole championship back in 2001 on home soil at the old course in Headfort. With an 18-year gap, another success was long overdue.

In sunny breezy conditions, both men began with pars but Arthurs was the one showing the nerves as Swan quietly went about his business, finding fairways and greens. Swan was three-over par through eight holes and stood on the 10th hole 3-up.

Arthurs began to find his range with birdies at 10 and 11 to get back to 1 down. However, a poor second on 12 handed the momentum back to Swan. Standing on the signature 13th hole, a poor wedge shot came up short for Swan allowing Arthurs to again reduce the advantage.

With the wind in his favour, Arthurs nailed a drive to within 80 yards of the 14th hole, setting up his third birdie of the back nine to level the match. The par-3 15th was pivotal, Arthurs hit an approach to 20-feet leaving him with a downhill birdie putt while Swan’s approach caught the slope and finished in a greenside bunker. Arthurs, a brother of Irish PGA professional and former East of Ireland winner Eoin, lagged his putt to 3-feet and when Brendan left his par attempt in the jaws, it was 1-up to the Roganstown man for the first time in the match.

All week long, Swan had putted well but in the closing holes his putter had gone cold and after he missed a putt on the 16th, he stood on seventeen knowing a win would give him an opportunity for victory on the final hole. With his second shot leaving him short-sided and having already conceded a par to Arthurs, Swan was left with a right lip six-footer which he missed to confirm Arthurs as the World One Armed Golf Champion for the first time.

It was a remarkable week for both golfers with 26-year-old Arthurs assuming his role as World One Armed Golf Society President for the coming year and capping it off with his maiden championship victory.

For 54-year-old Brendan, it was proof that he still has the game to compete with the young guns and will no doubt be back to challenge for another championship in the coming years. One other unique aspect to the final was the finalists had actually roomed together for the week, so no hard feelings then!