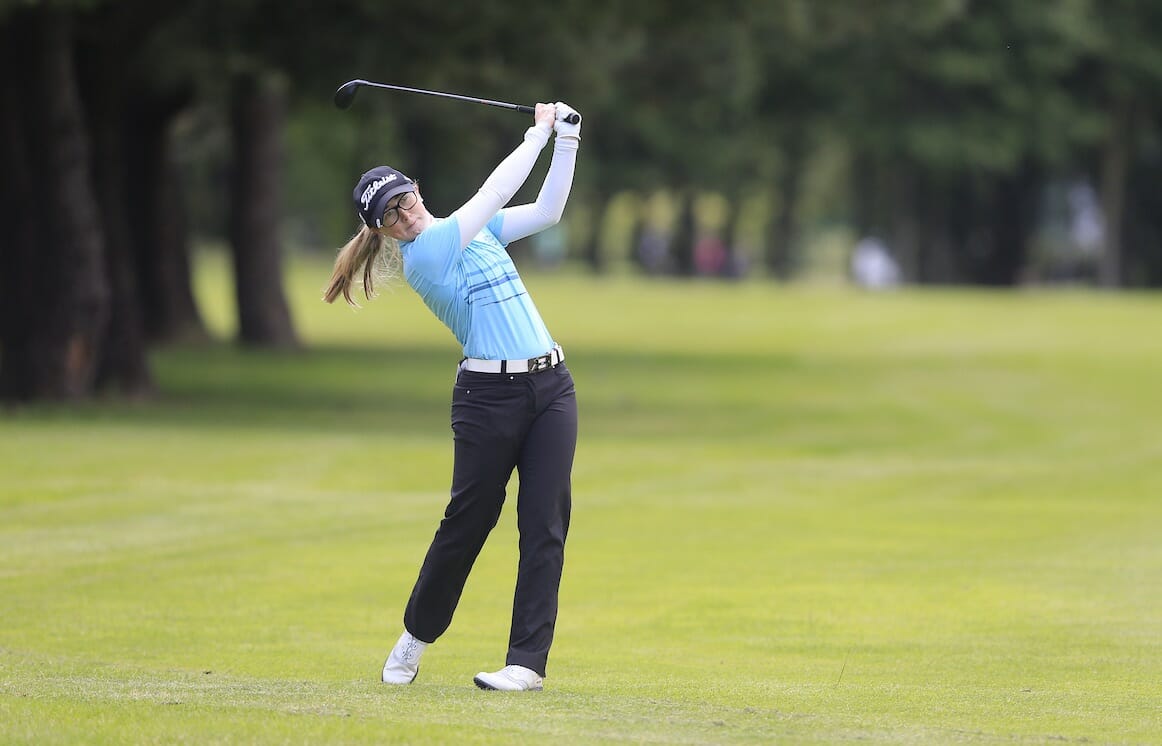 Jessica Ross (Clandeboye) has taken leading qualifier honours at Woodbrook Golf Club in the 115th Irish Women’s Close Championship. Ross, who returned rounds of 70 and 73 for a 5-under par total was awarded the Leitrim Cup for her efforts today but has her eye on more silverware come the weekend, despite having the responsibility of a full time job to contend with.

“I come home from work and practice most evenings at the Academy at Carton House,” said the 23-year-old who works in Athlone but lives outside Maynooth. “It’s got great facilities so it’s quite easy to motivate myself to go there after a day’s work!”

Despite an opening round of 4-under, Ross struggled to get going early in the second round and found herself three over after four holes.

“I don’t even think I played that badly on the first few this afternoon, I just hadn’t woken up again after lunch! It took me a while to get going again but I held from about 50 feet on 18 to get back under par to finish which was nice.”

Alongside her playing partner Paula Grant (Lisburn), Ross completed the 36 holes in under six and a half hours in total and Grant opened with a 76 but shot the score of the day, a 5 under par 69, in the afternoon.

“This morning was a wee bit frustrating, I felt like I hit it well, I just didn’t take my opportunities on the par fives so the goal in the afternoon was to take care of the them which I managed to do. I played a lot better in the second round and holed some putts which was good.”

Grant admitted the key to scoring on the seaside course is on its longer holes.

“There are three par fives in the space of four holes towards the end of the round so you kind of think right, this is your chance to make a few birdies and get a score going. And that’s what I did in the afternoon – I birdied the last four!”

Lauren Walsh (Castlewarden), who finished her Leaving Cert exams just yesterday equalled the three under total of Grant with the exact scores she shot to win the Woodbrook Scratch Cup earlier in the year.

“I had a week off in the middle of my exams last week so I played nine then but that’s all the golf I’ve played in the last few weeks. I played better this afternoon but sort of got a little tired towards the end. I didn’t birdie the par fives that a lot of others probably did but I’m looking forward to a rest this evening to be ready to go again tomorrow.”

The Championship now progresses to the matchplay stages where the top 32 have qualified for the first flight. The next 16 have qualified to play in the Ita Wallace Trophy.