Pillar to post procession for Mew at Irish Seniors Open 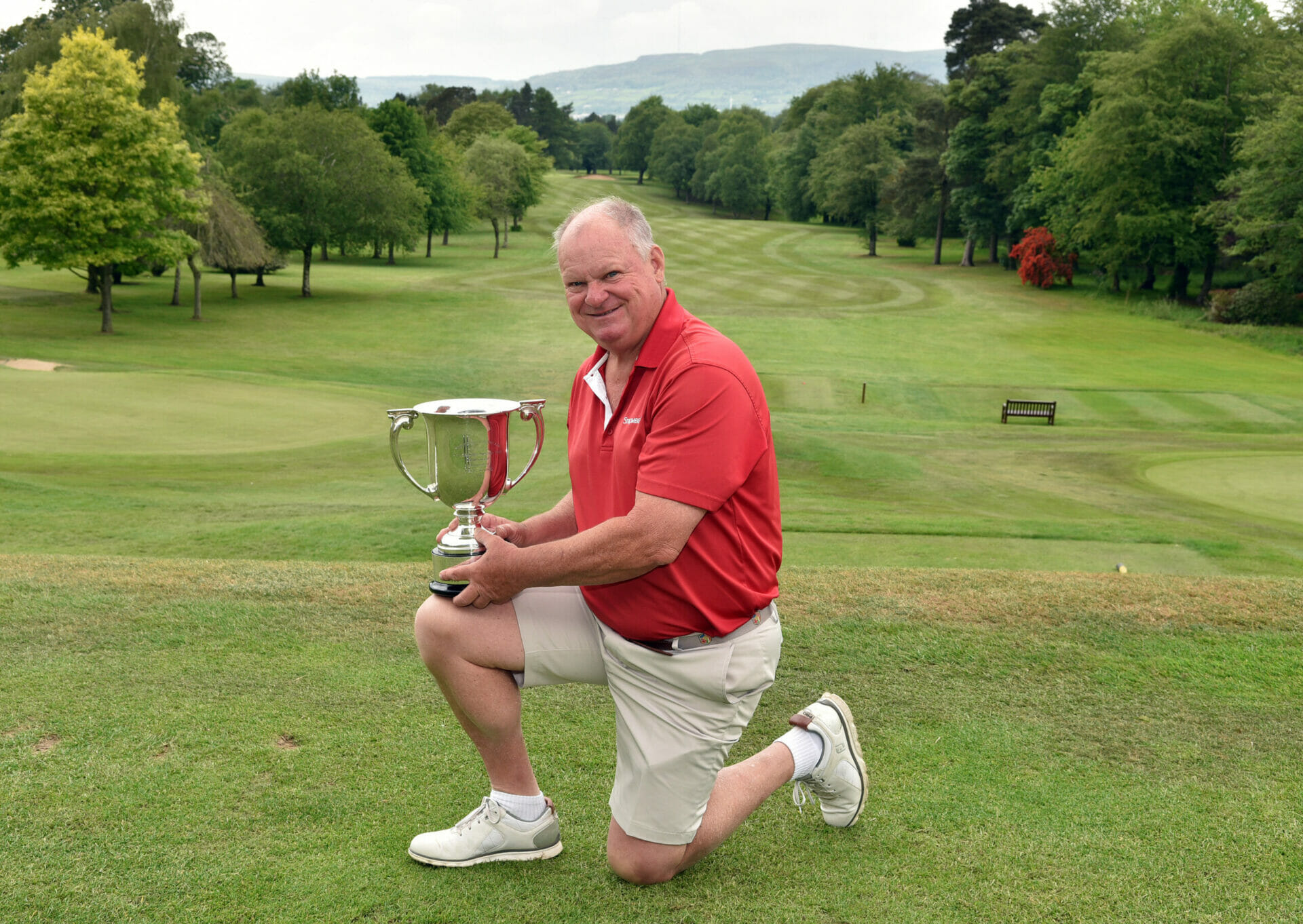 Alan Mew led from pillar to post as he became the second consecutive English winner of the Irish Seniors Open at Belvoir Park.​

The 66-year old from Stoneham Golf Club was the only player to break par for the week as he skated to a three-stroke win at a three-under par total after closing out with a one-over par 72.

In 2014, he was runner-up when Portmarnock’s Adrian Morrow triumphed at Waterville but this was Mew’s time, who succeeds English compatriot, Trevor Foster as champion.

Welsh runner-up, Nigel Evans was only ever able to get within three as the overnight leader maintained his composure to secure a deserved win having fired the low round of the week – a superb 65 – on the opening day.

Calcot Park’s George Wilson was the best of the Irish challenge in a share of third at three-over par after compiling rounds of 75, 70 & 71 for the 54-hole tournament.

Castlemartyr’s John O’Brien was one shot further back in a tie for sixth at plus-four while Westport’s Liam Halpin and Royal Curragh’s Alan Egan were the only other Irish players inside the top-10 after sharing ninth at plus-six.