Newton lays down the law to win Flogas Irish Amateur 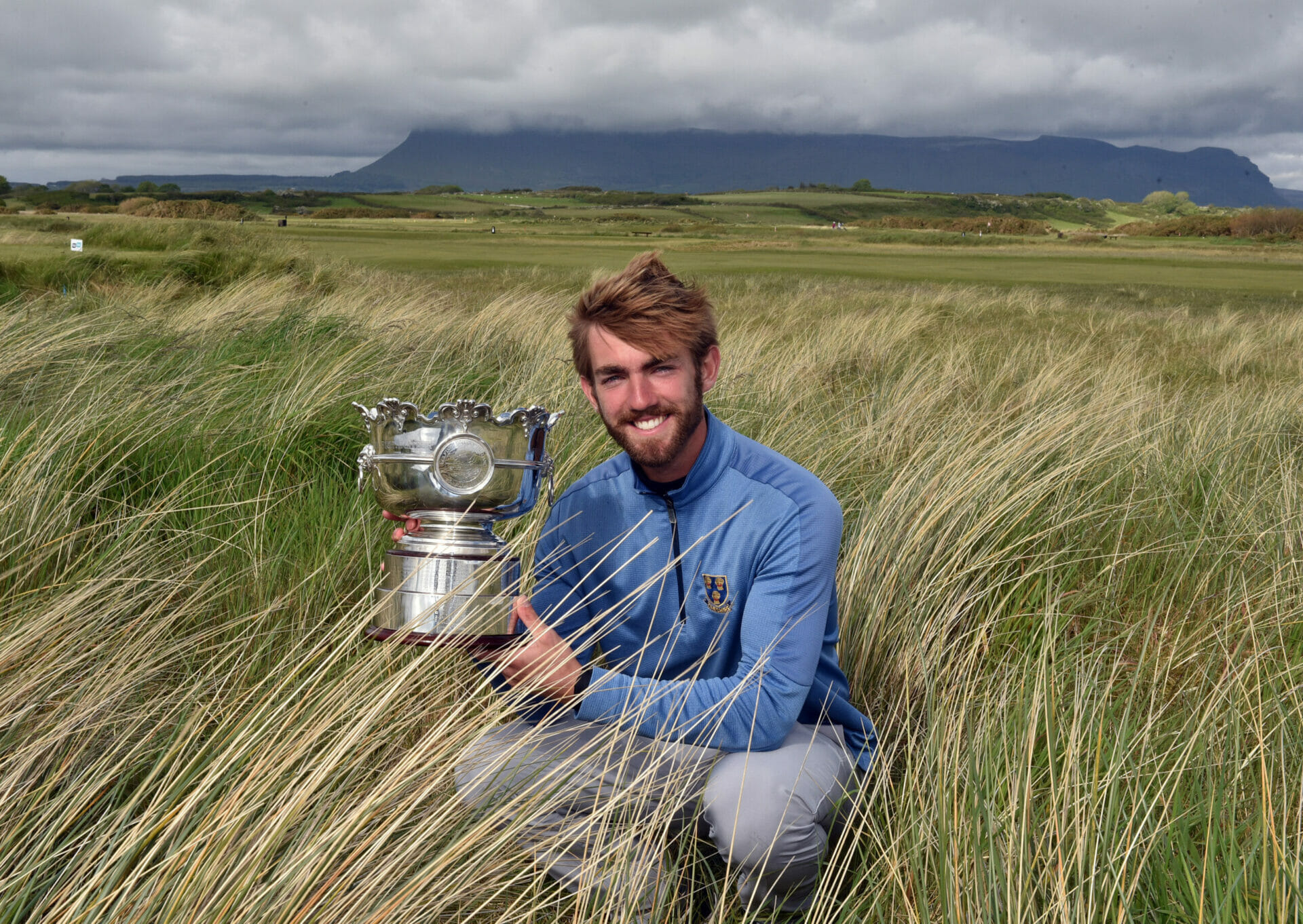 England’s James Newton was a runaway winner of the Flogas Irish Amateur Open in Co Sligo as he breezed to a five-stroke victory on Sunday.

With the chasing pack hoping that what went up over the first 54-holes, would come down on the final day, Newton proved unflappable, even allowing himself a triple-bogey at the 16th before sealing a comfortable win.

His closest challenger, Portmarnock’s Conor Purcell, conceded that the championship had turned into a battle to be runner-up with the 21-year old already tasting second spot on the podium once already this season at Rosses Point when he was bettered by Caolan Rafferty at ‘The West’ last month.

“I was always playing for second really,” said Purcell. “He [Newton] was comfortable after nine. To shoot the score he did with the lead he had was pretty impressive.”

The 24-year old from Macclesfield recovered from an early wobble and survived a late scare to capture his first major championship. He closed with 74 to finish at nine-under par.

“I knew that I could win,” said Newton. “One of my goals was to win a 72-hole event. I’ve ticked that off quite early. I need to go back and re-evaluate my goals now.”

Newton began with three bogeys but quickly recovered and although he tripled the 16th coming home, he had enough shots in hand to withstand the blow.

“It’s nice to have a win early on in the season,” Newton reflected. “And I know that I can do it again this year so I just need to go and do it.”

The raider was a long way from pre-tournament favouritism coming into the event. Over the past four seasons, Newton has hurtled down the world rankings, from top-50 to obscurity.

“I changed coach last October and moved to Peter Barber at Didsbury Golf Club,” Newton explained. “The good has always been good enough and he [Barber] has made the bad a lot better.”

Two rounds of 66 testified to the quality of his game. Two ahead at the halfway stage, Newton punched in 69 after round three to bolster his lead. In the end, he succeeded by a distance.

Hopes of a home success quickly dwindled amid the wind and rain at Rosses Point. First round leader, Ronan Mullarney, lying second overnight, endured a dismal day. Mullarney carded a course record 62 in Thursday’s opening round but parted with 78, which left him nine shots off the pace in fifth place.

In the second last group, Conor Purcell found a way to cope with the grind. The Dubliner made his move on the front nine at Co Sligo, reaching seven-under at the turn, but Newton did not bow under the pressure.

Purcell closed with 72 to finish runner-up on four under. His form no doubt will have pleased the watching Walker Cup selectors.

“All you can do is put yourself in the mix,” said Purcell when asked about his Walker Cup prospects. “I’ve had what I consider a good start to the year. I just need to push on from here.” 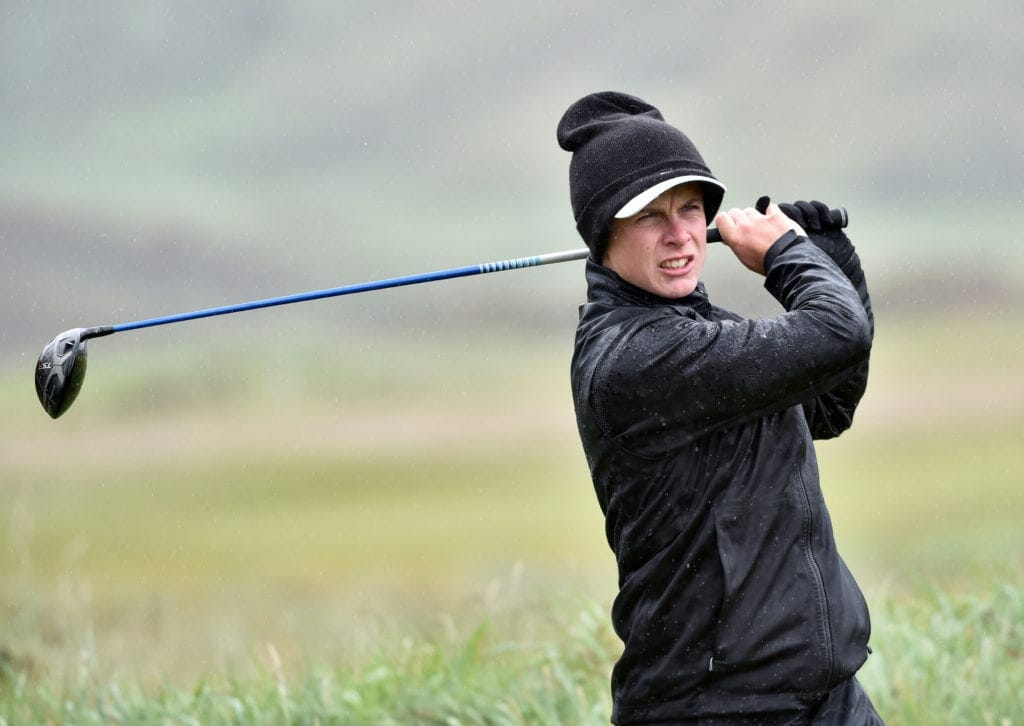 Conor Purcell (Portmarnock) driving from the 5th tee in the final round of the 2019 Flogas Irish Amateur Open Championship at County Sligo Golf Club today (19/05/2019). Picture by Pat Cashman

As a result of his strong showing at Co Sligo, Purcell goes top on the Bridgestone Order of Merit. Tied second at the West of Ireland in April, Purcell’s consistency has helped him become Ireland’s number one.

“For the two Irish events I’ve played, I’ve had two seconds so couldn’t have asked for more,” said Purcell, who returns to club action with Portmarnock next week in the AIG Barton Shield.

Royal Dublin’s Hugh Foley and Castle Robert Moran were the only other Irish players inside the top-10 as they shared seventh at two-over par. Kilkenny’s Mark Power singed off with a 72 to tie for 17th at plus-four.