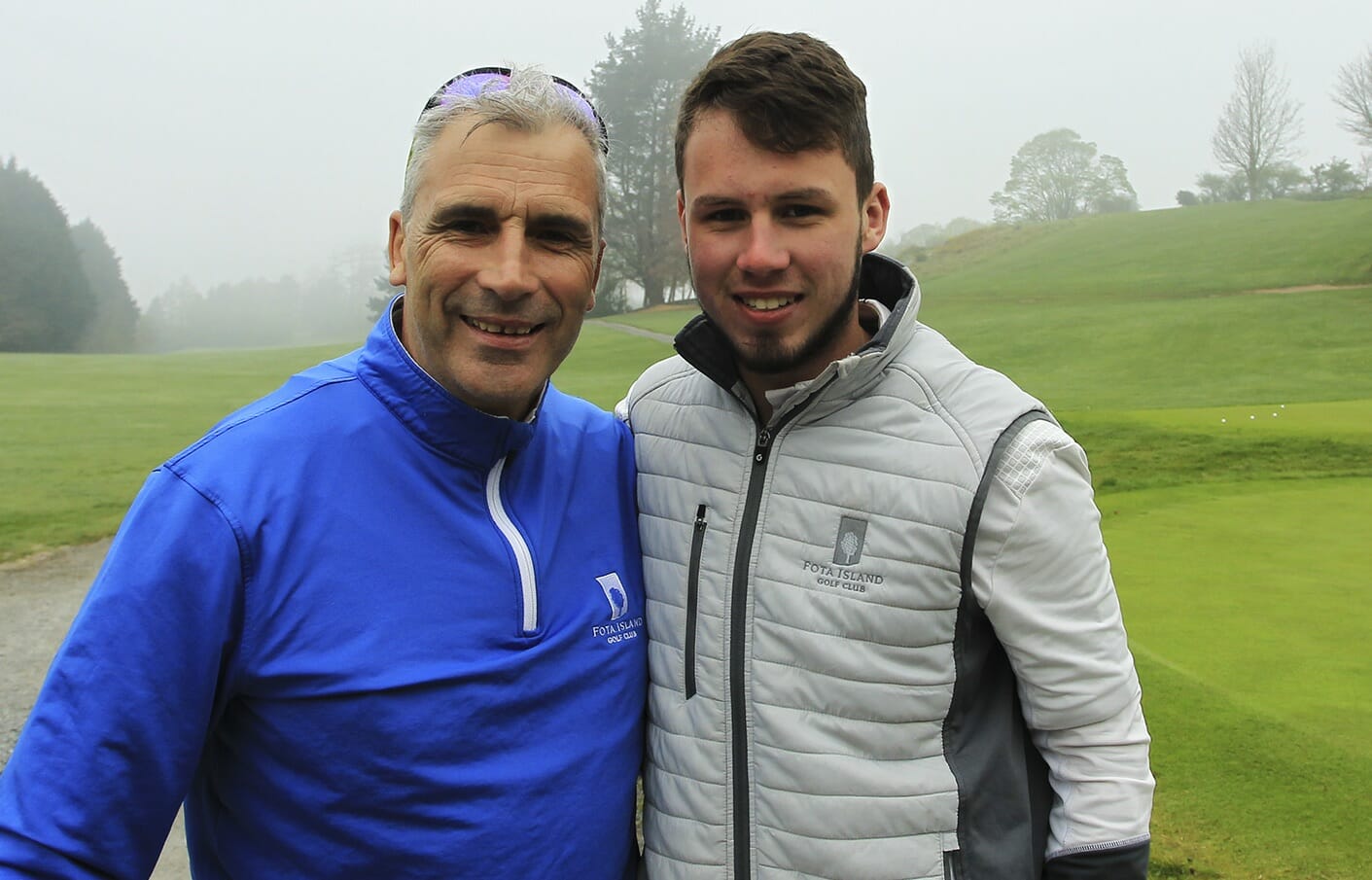 David Howard is the latest Ford Muskerry Junior Scratch Trophy champion after winning six matches over three days at the weekend. And in a funny twist, he faced his dad John in the final.

There was some high-quality golf on show between the Fota Island pair, with teenager David going up a few times in the match only to be pegged back by his Dad. However, the back nine proved decisive with David winning the 13th and 16th to go two up.

With his father on the ropes, David showed no mercy, finding the green on the testing 17th with a drive and a nine iron, and when John couldn’t make birdie, the match was over with David coming out on top. It was the first big win for the 19-year old who was delighted with the result.

“I’m very happy to win this Scratch Cup which has such a big name to it, it’s a great feeling,” said David. “I love match play so I was just thinking in the qualifying round if I can just qualify, I will have a chance.”

Given his liking for the format, David was reasonably confident coming into the event.

“I was feeling pretty good coming into it after coming fourth in the Fota Senior Scratch Cup a couple weeks back where I had the best score but was beaten on countback. Dad’s a great player though with the best short game ever, he broke my heart on a few holes getting up and down when I thought I was going to win the hole.”

Indeed, although David went ahead on three separate occasions, dad John pegged him back with some great approach play. In the end, however, it was son who beat father in a match-up that will no doubt be regaled at many a family dinner from here on out.

This was the 50th staging of the unique handicap match play event and there were over 300 entries for the Strokeplay qualifier. The top-64 qualified for the match play, which started on Good Friday, running through to Sunday.