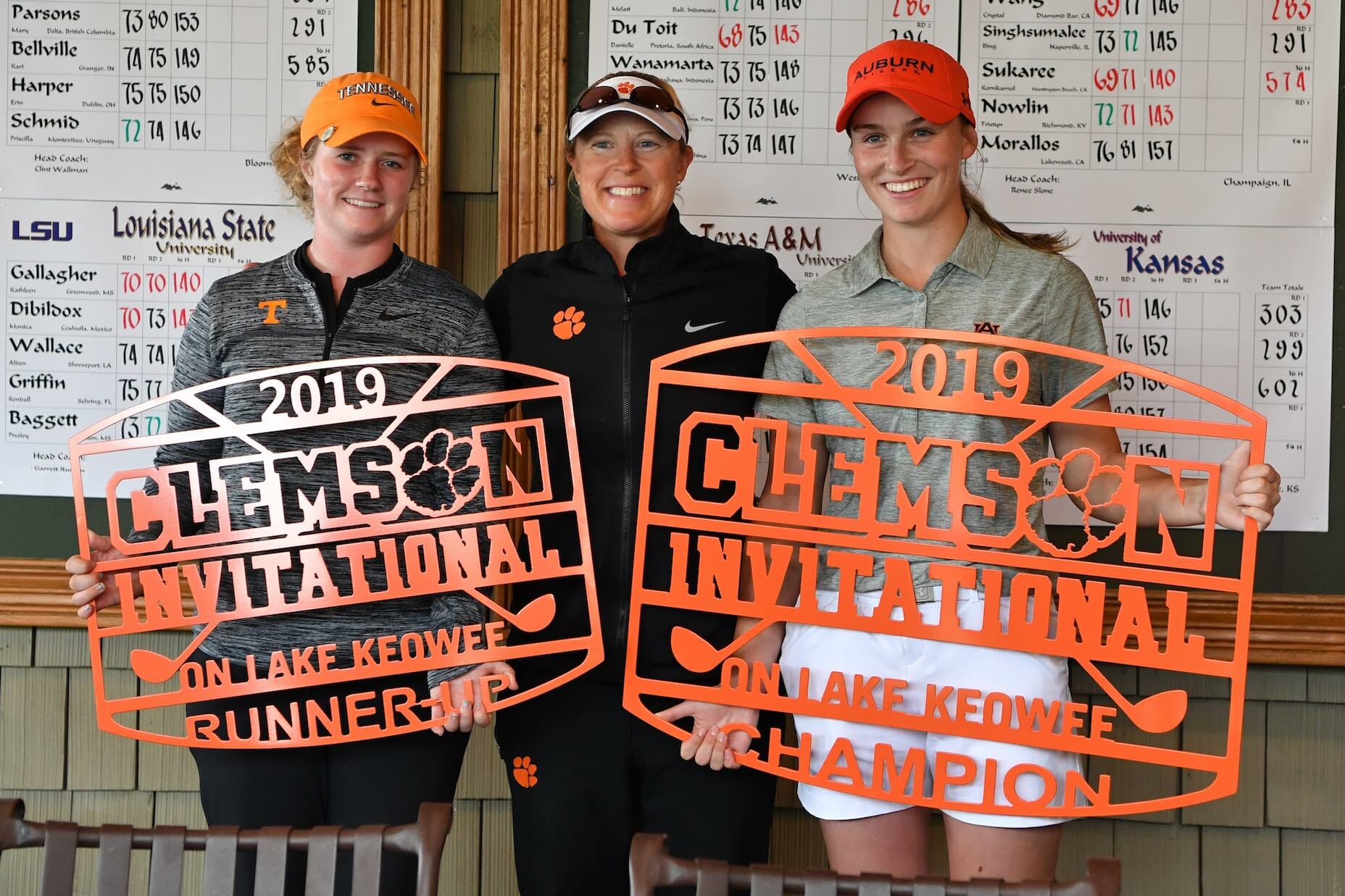 Swords golfer and Auburn star, Julie McCarthy has taken advantage of the best run of form in her career to date to break through with her first collegiate victory at the Clemson Invitational. She and Tennessee junior Micheala Williams shared the individual title as they each finished at 8-under par through the first two rounds.

Coming into the weekend, McCarthy had secured five top-five finishes on the season but with the third round at The Reserve at Lake Keowee cancelled due to weather, the Dubliner made it all the way into the winner’s circle this week after months of knocking on the door.

“I’m obviously very thrilled for Julie,” Auburn head coach Melissa Luellen said. “It’s her first collegiate win. She’s been playing so solid and I know that seeing a win beside her name when it comes to All-America selections will really help vault her. She’s looking at First Team right now. I think that’s really exciting for her.”

McCarthy, who shot a career-low 66 in the first round, finished the event with 11 birdies.

“It just really shows the value of getting started strong,” Luellen said. “You can’t win it on the first day, but you can lose it. And you just never know what the weather’s going to be. I’m very proud of them. It was a focus of ours, and the girls responded. We now will come back, take a couple days of rest and get ready for the SEC championship next week.”