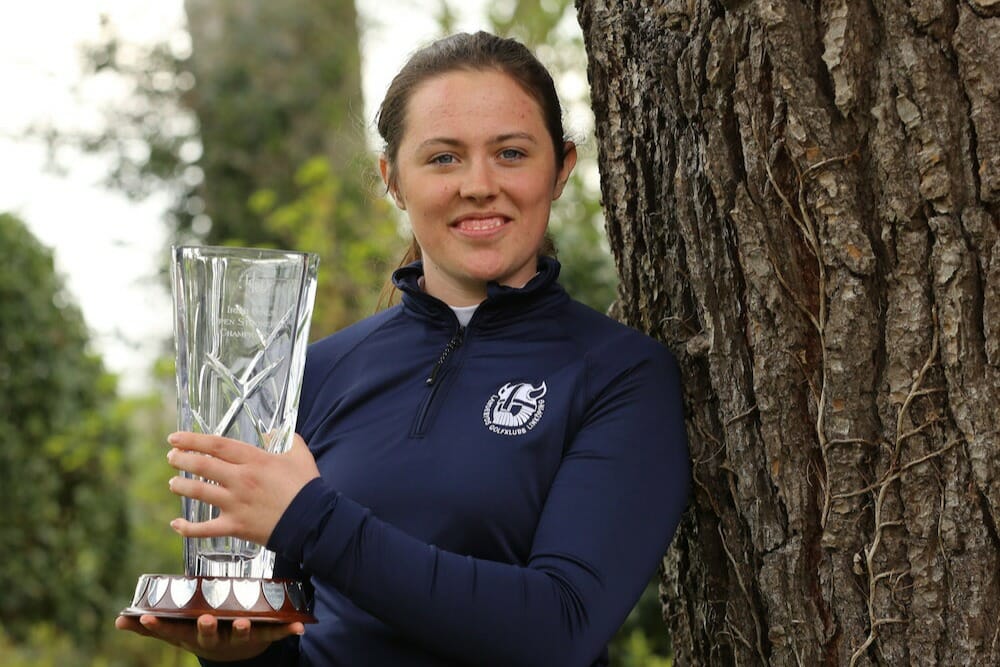 Ingrid Lindblad in 2017, Kajsa Arwefjall in 2018 and now Lovisa Gunnar in 2019 has secured three Swedish victories in a row at the Irish Girls’ Open Stroke Play played at Roganstown Hotel and Country Club.

Gunnar, who was supposed to be on a flight home with her mother at 4pm today but changed to a later flight home following her second round 68, fired a final round 69 to secure a 3 shot victory over Ffion Tynan (Wales).

“I am very happy that we changed our flight now!” she said following her win.

Gunnar was six under par after 14 holes and despite a poor finish, was welcomed on the 18th green to a celebration from her Swedish teammates.

“I played very good golf from tee to green all week but today my putting was so much better. After the 14th I got a little bit nervous I guess but I am very happy overall.”

It is a case of better luck next year once again for those in hope of an Irish Championship win. Anna Foster (Elm Park) and Aine Donegan (Woodstock) finished in a tie for sixth place while Beth Coulter (Kirkistown Castle) finished one shot further again. The Championship was last won by Olivia Mehaffey (RCDL) in 2016 who went on to win the Scottish and Welsh Women’s Open Stroke Play Championships in the same year.