Irish up against it as Tynan leads at Roganstown 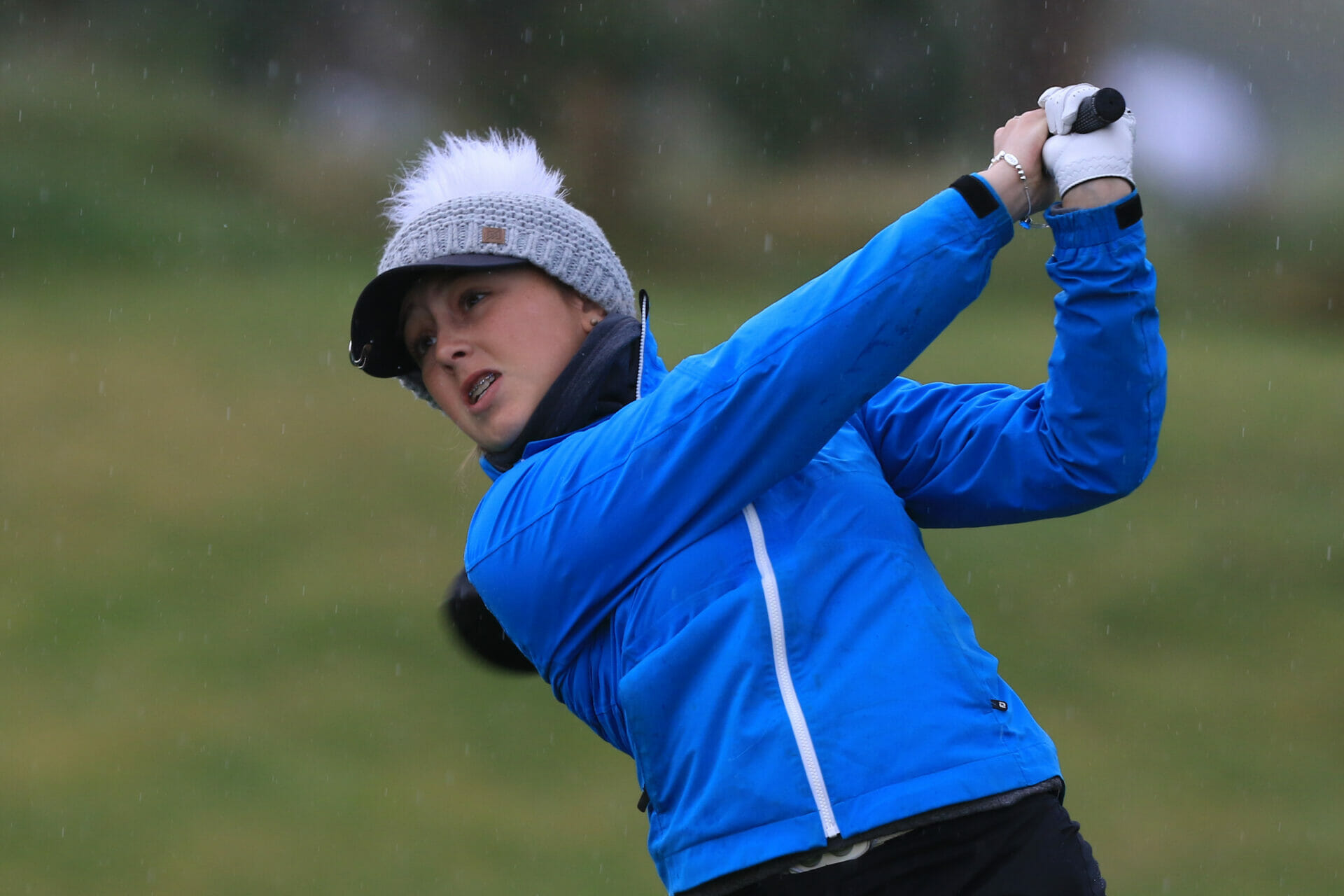 Both Leah Temple Lang and Aine Donegan face an uphill task to ensure a home winner after Ffion Tynan from Wales fired a four-under par 67 to take the lead at the Irish Girls Open Stroke Play at Roganstown.

Having competed in the event three times already, the Welsh girls’ international, who has also represented Great Britain and Ireland at the Junior Vagliano Trophy, carded six birdies in a round where keeping her head was the priority.

“I started off with a bogey, so I said to myself to just go for everything after that. I was conscious of where I was going to land the ball on the greens. It’s important to know how far it is to the top of the slopes on these greens.”

“My driving has not been the best all week so I was trying not to get down on myself, I did some work on it last night after my round but it’s still not as good as it usually would be, I’ve found myself in a few more trees than I’d like! I’m still like to trying to make birdies and not get down after a bad shot.”

Tynan, who has verbally committed to start at University of Arkansas in 2021, was rushing back to her hotel to watch fellow Razorback Maria Fassi (Mexico) compete for the Augusta National Women’s Amateur at Augusta. “I know a lot of the girls playing over there this year, they’re playing on one of the best courses in the world and it’s so great for golf. I hope one day I’ll be able to play in that event!”

Tynan leads by just one shot from Lovisa Gunnar (Sweden) and Cameron Neilson (Scotland) and will be paired with the pair in tomorrow’s final round. Patience Rhodes (England) led after the first round but slipped back to a tie for 6th following a round of 76 on day two.