Purcell leads the way at ‘The West’ after day one 66 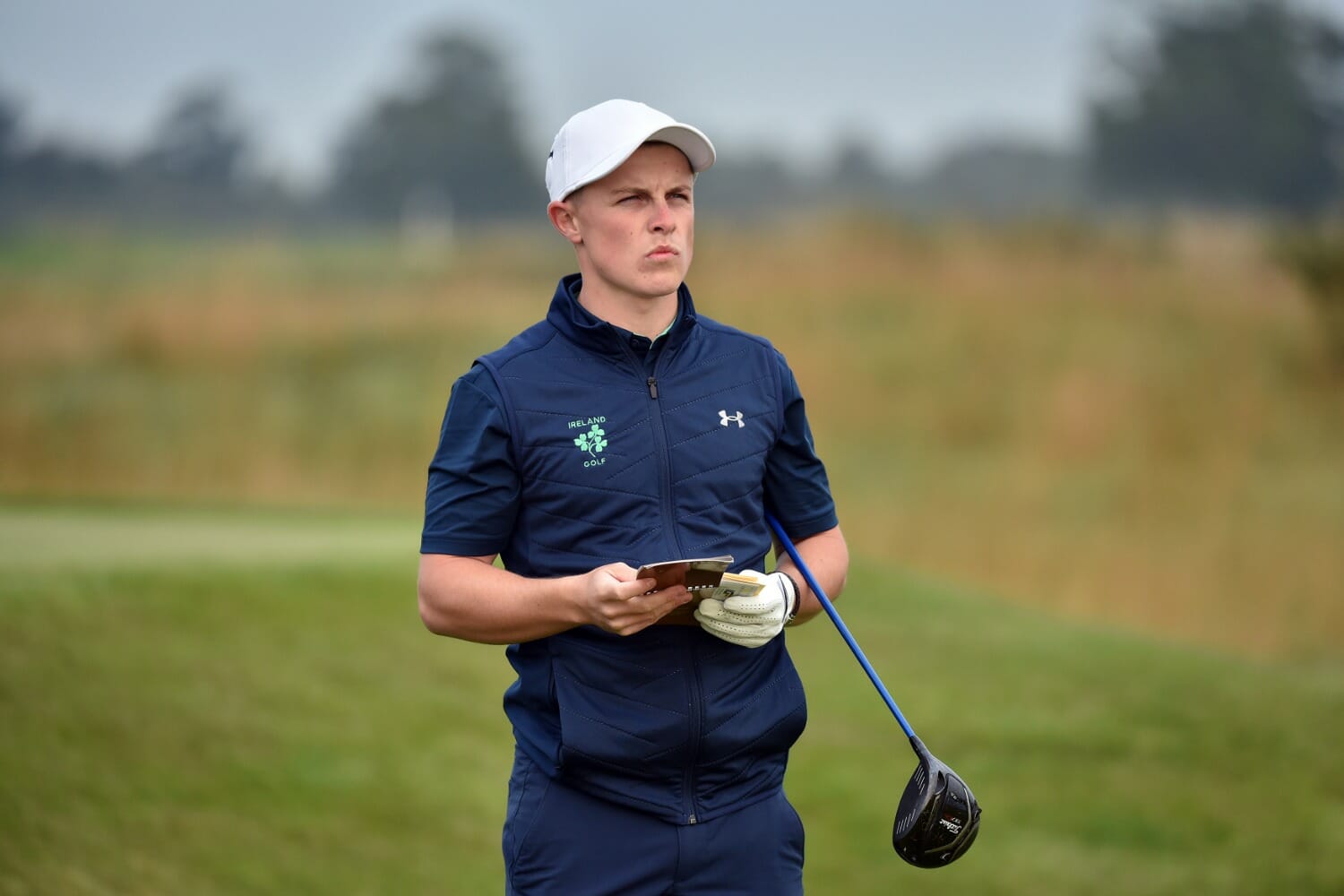 Portmarnock’s Conor Purcell fired a superb five-under par opening round of 66 to head the field after day one of the West of Ireland Amateur Championship at Rosses Point.

The Australian Amateur champion has been in hot form this term and managed to remain warm despite the driving wintry winds in Sligo to post a sizzling seven birdies in an early statement of intent to the competing field.

With the West returning this year in an unfamiliar 72-hole strokeplay format, scoring proved superb with Royal Dublin’s Max Kennedy just a shot further back in outright second on four-under par.

Defending Champion, Robert Brazill, revisiting the site of his greatest triumph in golf to date, is clearly drawing on some fond memories just a shot back in third.

Last year, the then 21-year-old big-hitting Naas player held off the impressive, Alex Gleeson, to claim one of Ireland’s oldest titles and his three-under par 68 shows that he has no intention of relinquishing his crown this year without a fight.

He has Castleknock’s Paul Coughlan for company after the Dubliner fired three birdies and an eagle in a 68 of his own.

In-all, nine players broke par with home favourite, Sean Flanagan among them after the Sligo man ground out a one-under par 70 to claim a share of 8th.

With the handicap cut off for the event this year set at plus 0.3, it’s no surprise that our leading amateurs thrived despite the conditions at the Radisson Blu sponsored championship on day one. 132 players will contest two more rounds before a cut to the top-50 and ties ahead of Sunday’s decider.

And there’s plenty of top talent lurking in behind who’ll fancy their chances with 54-holes to play. With Dundalk’s Caolan Rafferty at even par and Galway’s Ronan Mullarney just a shot further back at plus-one, both players will be looking to go a place better than their tied second finish on Tuesday at the R&A Scholars.

The cream looks to be rising to the top early at the West this year, which makes a pitstop at County Sligo over the coming three days essential viewing for golf fans across the country looking for their glimpse at Ireland’s next top talents.