The millennials who are advocating for Irish women’s golf 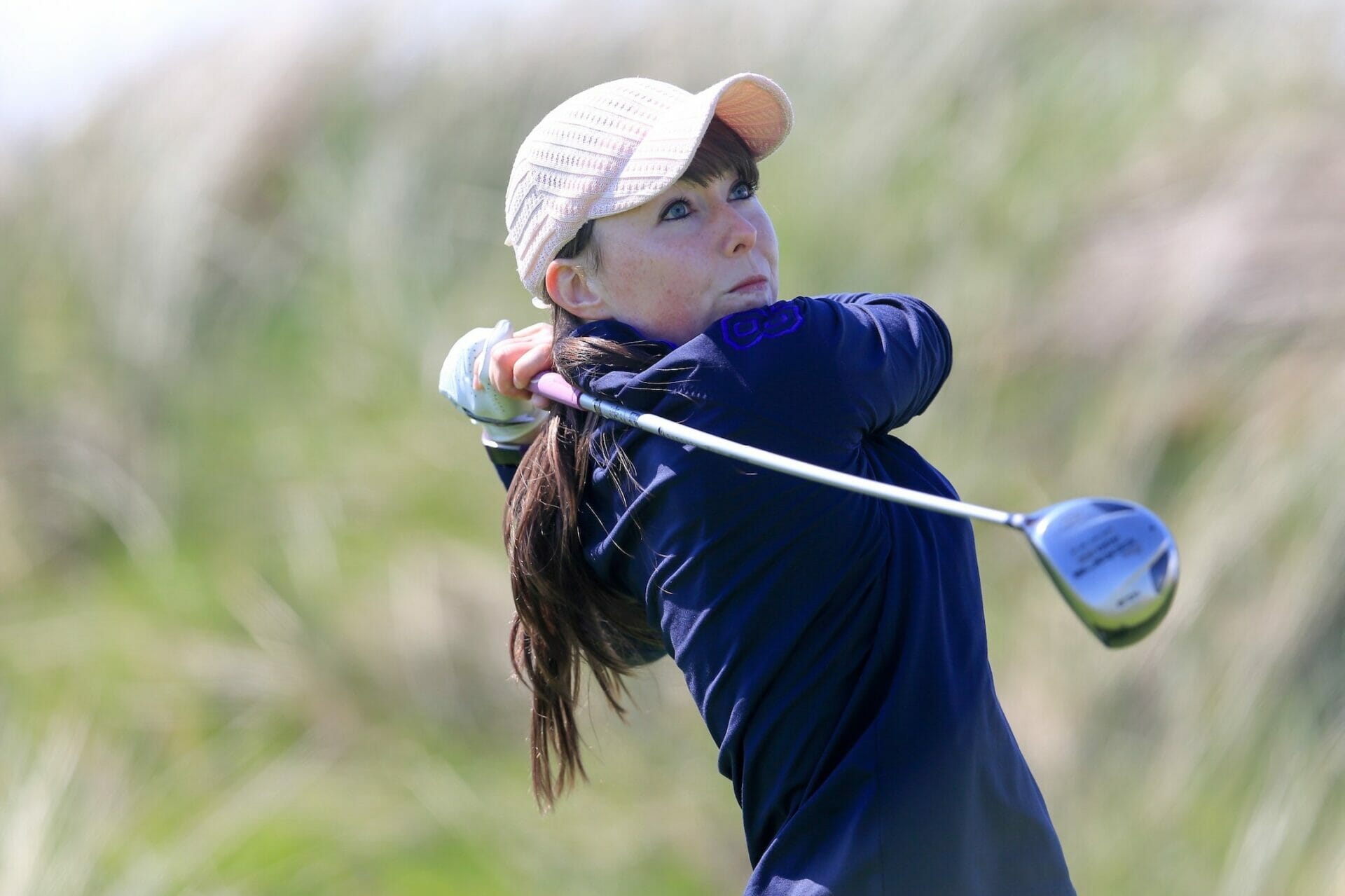 The Same-Sex Marriage Referendum in 2015, the Abortion Referendum in 2018 and now a planned Youth Strike for Climate on March 15th of this year, the people of Ireland, particularly Ireland’s youth, are continuing to impact social issues in this country with far-reaching effects.

However as International Women’s Day approaches tomorrow, who are the young people advocating for women’s sport in Ireland, in particular, women’s golf?

A study published by Lunn and Kelly (2017) highlighted that participation rates in golf are at their lowest for those in their 20’s and 30’s but significantly increase thereafter. While 4.9% of males aged 30 – 34 are likely to take part in golf, just 0.2% of their female counterparts are likely to pick up a club regularly. This raises the questions; what can be done to encourage more young women to take up the sport or continue playing into early adulthood? What are the benefits, if any, of golf at a young age? And will it always be a sport defined by gender?

Sarah Crowe (29) has played golf since she was 12 years old. Introduced to the game through her family and school, she became obsessed with the sport and played regularly at Tipperary Golf Club and around the country at national events.

“I got hooked on it straight away,” she explains. “I started playing regularly and began making friends, it consumed my life for a while… I really loved it but probably pushed myself too hard to the point where I stopped enjoying it, so I gave it up but I always had that love for the game. When I came back to it, I did so with a totally different mindset of just playing and enjoying it.”

For Sarah, the benefits now outweigh her previous tendency to become too competitive with herself. The fresh air, the people she has met and the downtime of a few holes after work on a summer’s evening are of particular benefit to one’s mental health she admits.

With a role for the past number of years as Project Manager for the Golf Ireland Project, some evening golf to wind-down has been welcomed by Sarah. The role has presented Sarah with vast experience, even if she confesses to being thrown in the deep end at first. By her own admission however, a position in a project defined in such a great way by gender was never really on her radar.

“I think growing up, our generation wasn’t as aware of gender equality issues – things were available to us growing up whether we were a boy or a girl, so it was never something I was aware of as an issue. However, getting involved in the Golf Ireland Project has made me conscious of the inequalities that are out there. I never saw myself working in this area because it was never an issue for me growing up.

“It was really interesting to be exposed to that environment because I hadn’t realised how far female sport has come since the introduction of equality legislation in the ROI and how much work there still is to do. Thankfully we’re changing for the better but I have never seen myself as someone who fights for women’s rights or anything – it is about equality for all and that’s what we’re trying to achieve through Golf Ireland.”

At landmark votes earlier this year, the dream of a new governing body for golf was realised as the golf clubs of Ireland voted in favour of the project proposal. For Sarah, her hopes for the future of the sport are clear.

“Throughout the Golf Ireland process we’ve looked a lot at other countries where gender isn’t an issue. Everyone’s a golfer, not a male golfer or a female golfer. For the future in Ireland it would be lovely to think that you, your partner and your two kids could go out and all play together. I would hope that the future is all inclusive and that nobody is different.”

Hannah McInerney is another long bitten by golf’s bug. Originally from Gort, Co. Galway, Hannah has played golf since she was eight years old. Now 29, she has a career in banking in Dublin, which resulted in her taking up membership at Stackstown in Rathfarnham.

“Once I had completed my exams and I was more settled in Dublin I decided to get back into golf. I needed to find a club first and a simple Google search directed me to Stackstown where I found the club extremely open and welcoming. Within a couple of months of my joining, I was asked to join the Junior Cup Panel and we went on to become East Leinster Junior Cup winners for 2017. The buzz and enjoyment you get from playing for your club with your teammates is what it is all about.”

Hannah now finds herself part of the Club Development Committee, a sub-committee of the Management Committee with twelve members – six female and six male.

“The Development Committee look to support the development of the club and its members through a range of initiatives. There is a strong focus on recruiting female members and we have had a highly successful Get into Golf campaign over the past couple of years.” 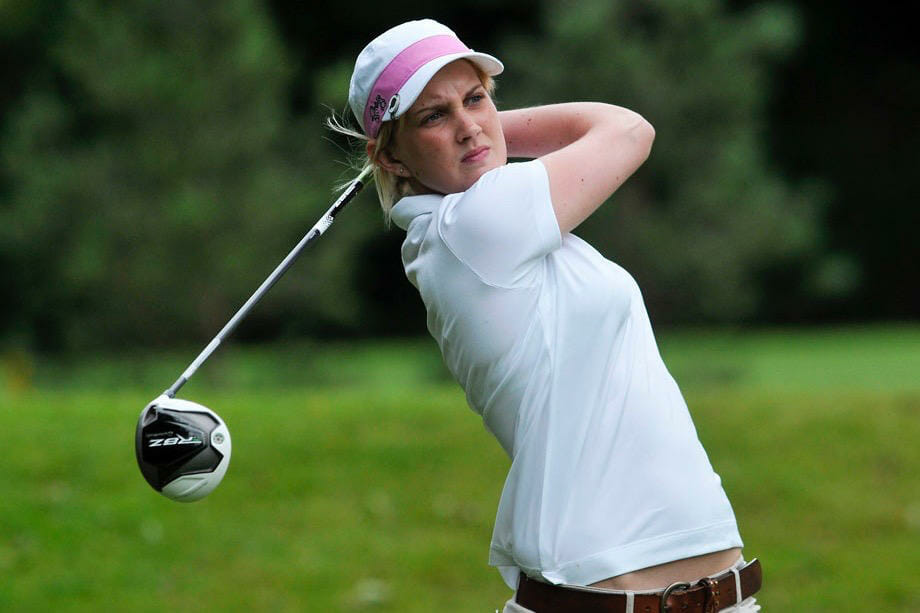 Victoria Bradshaw / Image from ILGU
Indeed, the Get into Golf for women in Stackstown has been successful with a healthy retention rate which Hannah attributes to the hard work and determination of the club and committees. As another millennial female golf club member, Hannah does not think gender should even be a consideration.

“My gender has not had any effect on me personally playing golf. Since my junior golf days, I have always played with both men and women. As a female junior golfer, I found the ILGU to be fantastic in promoting golf for girls.

“More recently, I can also see through social media the huge amount of work being carried out for junior girls. My experiences in Gort and Stackstown have been really positive. Clubs are working really hard to make sure that any gender biased that may have existed in clubs is eradicated.”

For Victoria Bradshaw (28), golf has always been part of her life. Hailing from a family of golfers, her parents contribute greatly to their home club at Bangor, and Victoria was always destined to have a golf club in her hand. Following an amateur career which peaked at International level, Victoria decided to forgo her amateur status to turn professional and undertake the PGA Training Programme in order to become a teaching professional.

“It was a new challenge for me and was a progression in a sport that I loved. I believe that turning Professional is an opportunity for me to help others to develop their game.”

One aspect of this development is encouraging female participation in golf, which Victoria views as important for the sport. It is an area that also needs continuous support with just 22% of Irish golfers being female – 15% behind the female golfing population of Germany for example.

“It’s important to highlight the social aspect of the game, particularly for women and girls. For me, golf has given friendships, encouragement and contacts as well as recognition as a coach and player.”

Victoria mentions offering crèche facilities and hosting coffee mornings as ideas which will entice more women to give golf a try.

“I also think golf can be advertised as a way of networking for women. Developing a buddy network within a group can be great for players to be able to learn about a variety of things and progress.”

The Marriage Referendum in 2015 reversed a declining voting turnout trend as it broke a 60% turnout while impressions on social media and in the news would suggest that age was a key factor in this. Now, with female participation in golf in Ireland falling over the past decade, there are signs that this trend is also reversing as there was a 1% increase in the ILGU membership figures in 2018 compared to the previous year.

Will young advocates such as Sarah, Hannah and Victoria be the key to influencing change within golf clubs? Only time will tell.

Is there a young person in your club promoting golf in some way? If so, we’d like to hear about it. Email carla@ilgu.ieto share your story.