Only one Maynooth team advance to Woodbrook semi’s 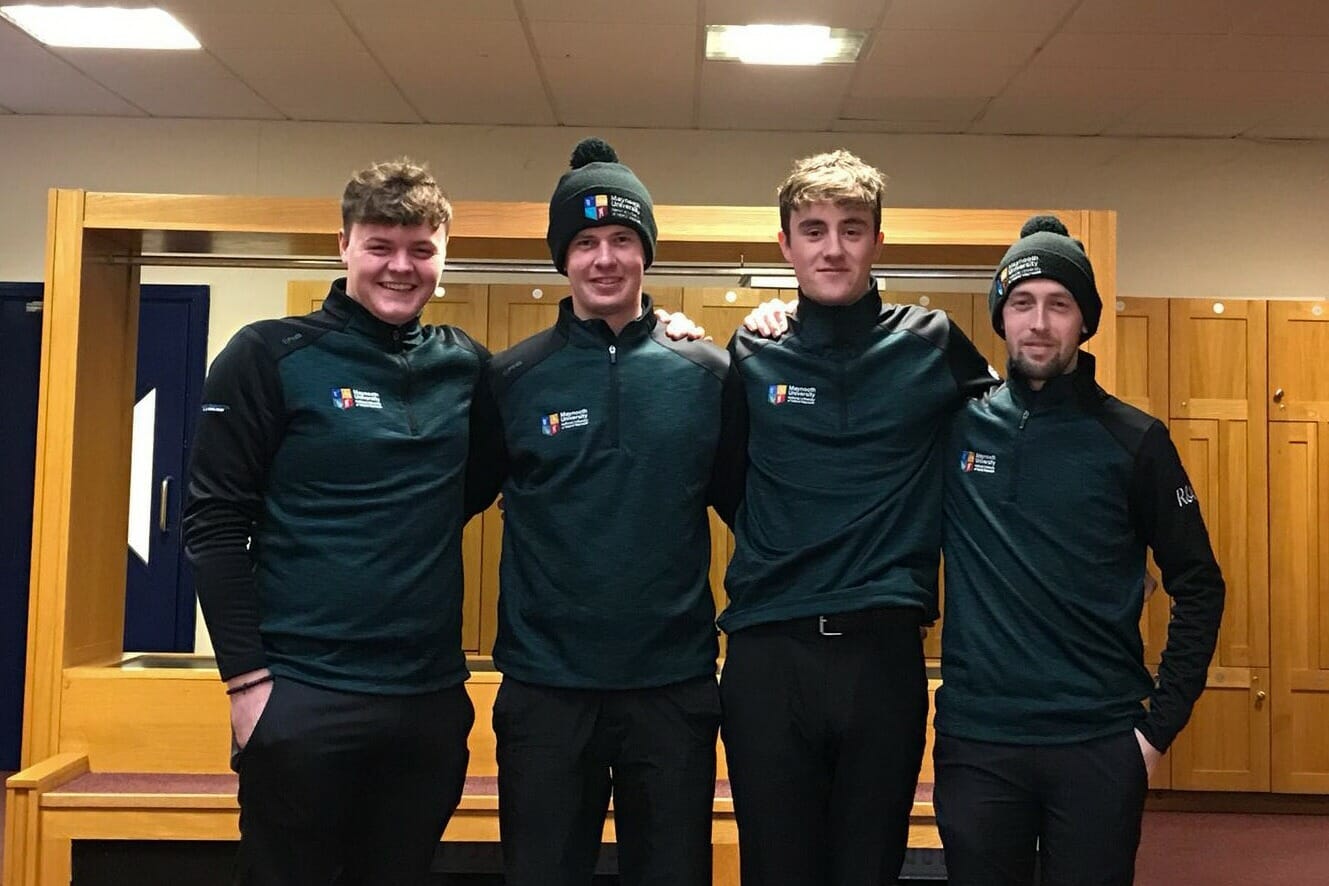 The Irish Colleges Match Play semi-final line-up has been set for tomorrow after a hard-fought day in the wind at Woodbrook Golf Club.

Of the four Maynooth teams that teed up in the last eight, just one survived to give a national flavour to tomorrow’s proceedings.
In the first match, Maynooth Club (a) narrowly defeated Maynooth Scholars (a) 2-1 with Darragh Flynn’s 3&2 win over Ronan Mullarney of particular note.
In the top match, MU Club’s Sean Clancy and Luke Harris’ 2UP win set the tone for the battle with Conor Ryan’s 7&6 mauling in the last match only providing consolation for the scholars.
In match 2, it proved a clean sweep for Belfast’s Queens University with Paddy Cunanne and Vincent Cooney getting the better of Ellie Metcalfe and Molly Dowling on the 22nd hole in a thriller, while David Burns and Mark McKinstry also claimed narrow wins for a 3-0 overall victory.

In the penultimate encounter, Cork IT overcame a poor start to take their place in the last-four after a 2-1 win. Gary Ward returned parity to the match before Cork’s Sean Leonard’s 4&3 triumph ensured the rebels advanced to tomorrow’s semi-final.
While in the final act, Ulster University proved imperious, romping home 3-0 with big wins for Philip Johnson and Mark Kilpatrick’s fourball, with James McVicker and Ross Dutton also cruising home in their individual matches.

Gavin Moynihan birdied two of his closing three holes to scrape the cut-mark but it's a cigar-puffing, salsa loving Spaniard who's stealing the show in Vienna
Read more
Tour News