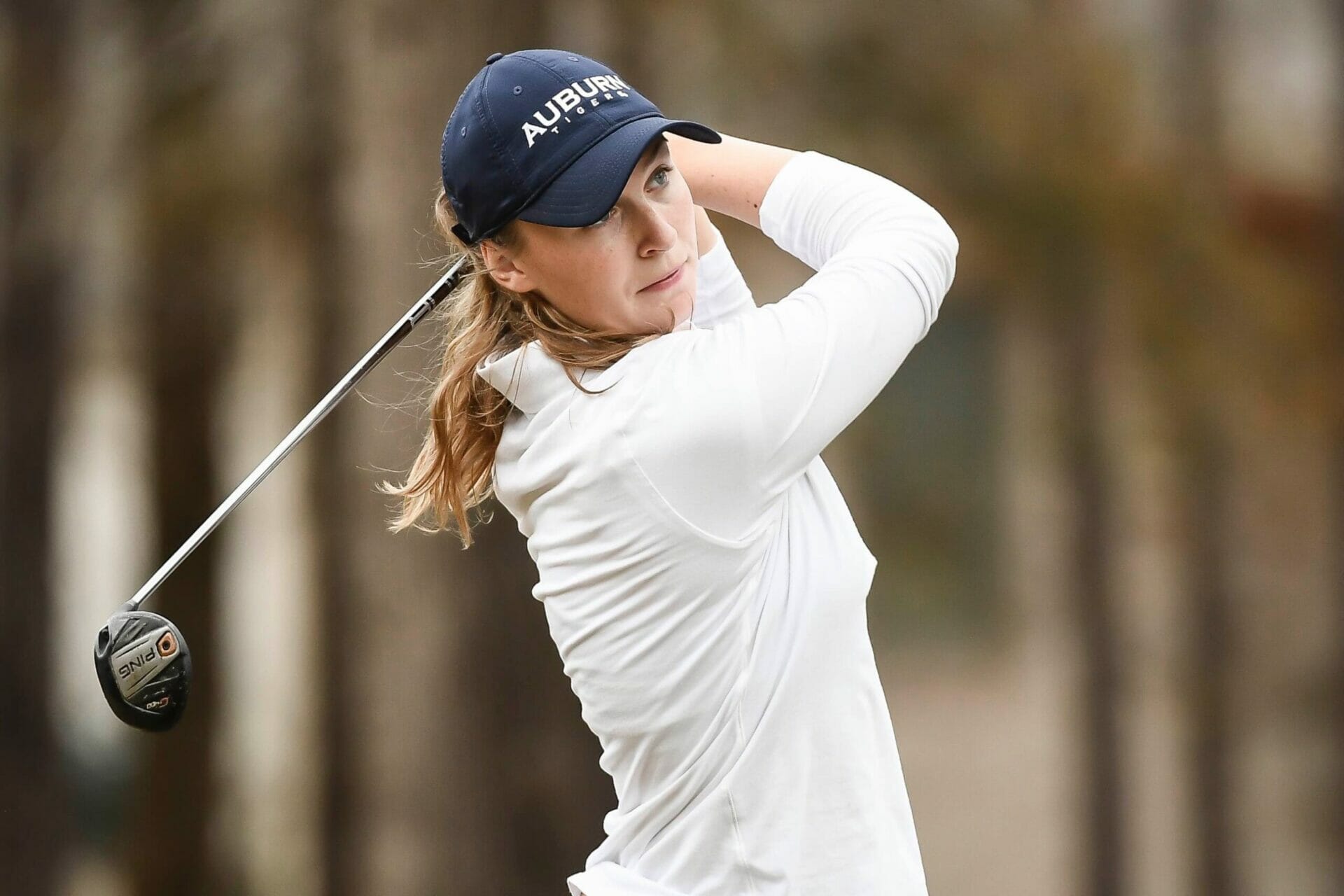 Julie McCarthy’s star is certainly on the rise after she became the only Irish player named in the International team for the Arnold Palmer Cup which takes place at The Alotian Club from June 7-9.

The Arnold Palmer Cup was co-founded by Arnold Palmer and The Golf Coaches Association of America (GCAA) and began at the Bay Hill Club & Lodge, Orlando in 1997. The event is a Ryder Cup-style tournament featuring the top men’s and women’s collegiate golfers matching the United States against a team of International players.

McCarthy, a sophomore at Auburn University made the team by right as an automatic selection and she is currently the highest ranked GB&I Collegiate golfer following a top-three finish in the Allstate Sugar Bowl Intercollegiate last month. It was her fourth straight top-five finish for Auburn dating back to the fall season, and during that span, she has shot par or better in six of 10 rounds.

A spot on the International side will be reserved for both a men’s and women’s golfer for The R&A Scholar Tournament champion, which will be held at St. Andrews April 1-2. The four coach’s picks will be announced May 3 on Golf Channel’s Morning Drive.

“For Julie, last year was a tough year,” Auburn head coach Melissa Luellen said. “She’s so good and so talented, but she just lacked a little confidence. I have to give Coach (Andrew) Pratt a lot of kudos. He’s kind of our player development extraordinaire. He helped her get very clear on what she’s working on with her swing. She’s improved her short game. She’s improved her putting. And you just see the confidence start to build.

“She’s so humble anyway that this is the thing that will make her continue to improve. She’s never going to rest on her laurels. She’s worked hard to get to this place, and she knows the time she’s put into it.”

Since its inception, over 100 former Arnold Palmer Cup alumni have gone on to earn cards on either the PGA Tour, European Tour or LPGA. Twenty-eight have represented Europe or the USA in the Ryder Cup or Presidents Cup, and more than 50 have claimed over 200 victories on the PGA or European Tours. The United States leads the series 12-9-1 and are the current holders of the trophy.