Bridgestone return to the driver’s seat for 2019 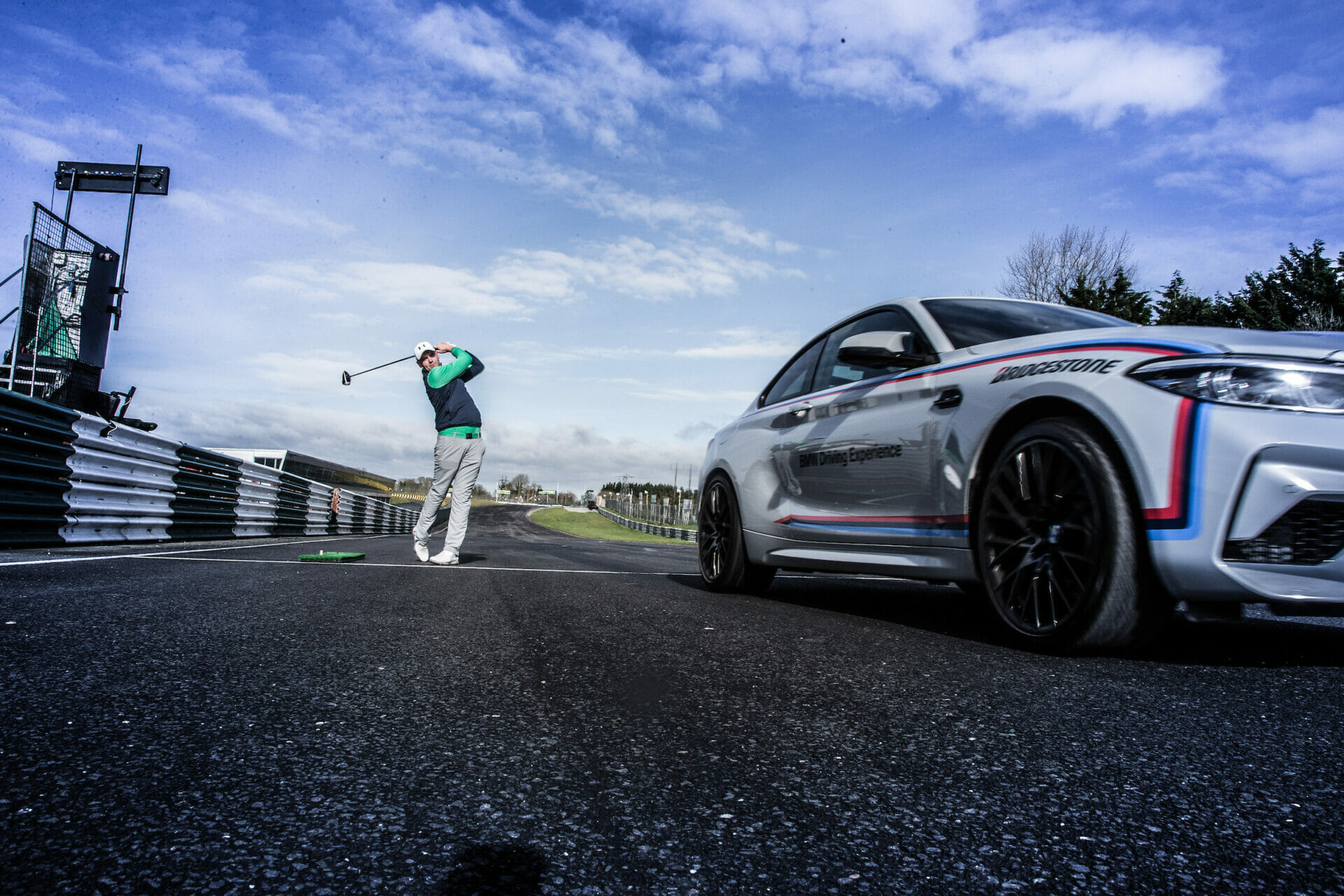 At the launch of Bridgestone’s sponsorship of the GUI’s Orders of Merit, Rob Brazill from Naas attempts to beat the BMW M2 with Bridgestone tyres in a driving contest on the main straight at Mondello Park. Image Fran Caffrey – Golffile / GUI

Bridgestone have extended their partnership with the Golfing Union of Ireland and will continue as title sponsors for the men’s and boys’ international orders of merit in 2019.

Bridgestone, the world’s largest manufacturer of tyre and rubber products, joined forces with the GUI in 2018 to recognise Ireland’s finest players. Ireland men’s international Alex Gleeson (Castle) took the chequered flag in the inaugural Bridgestone Order of Merit while record-breaking Ireland boys’ international Mark Power (Kilkenny) was first across the line in the Bridgestone Boys International Order of Merit.

Control, balance, and grip are elements that fuel high performance on the golf course and on the road. It takes a true, all round performance to be the best and the superior quality that Bridgestone espouse makes them a perfect fit for the GUI’s order of merit awards.

“It is wonderful news for our merit awards that Bridgestone are continuing to work with us on enhancing the profile of the series,” said Alan Kelly, Communications Manager with the GUI.

“Tournament golf, like all competitive sports, is decided on merit and the players who feature prominently in the Bridgestone Orders of Merit are the most worthy of acclaim in any given season. The support that the GUI receive from Bridgestone has helped to raise the bar for top level amateur golfers in Ireland.”

The Bridgestone Order of Merit comprises 10 events starting with the West of Ireland Championship (4-7 April) and includes blue riband events such as the Flogas Irish Amateur Open (16-19 May) at Co Sligo and the AIG Irish Close (3-7 August) at Ballybunion. The top three players on the Bridgestone Order of Merit earn automatic selection on the Ireland team for the Home Internationals, which will be staged at Lahinch from 11-13 September.

The first counting events in the Bridgestone Boys International Order of Merit take place this month. A six-player Ireland selection travel to Chantilly, France for the Quadrangular Tournament (15-17 March) and separately, an eight-player selection play a two-day international against Wales at Rosslare (16-17 March). In total, there are nine events in the series.

Colm Conyngham, Marketing and Public Relations Manager, Bridgestone Tyres in Ireland said: “Bridgestone is delighted to continue our partnership with the Golfing Union of Ireland for The Bridgestone Order of Merit and The Bridgestone Boys International Order of Merit. As Ireland is one of the most successful golfing nations in the world, it is logical for Bridgestone, a significant supporter of international golf, to become involved in supporting golf in this country. We hope our support for emerging golf talent can play some role in helping Ireland to remain centre stage in international golf in the future.”