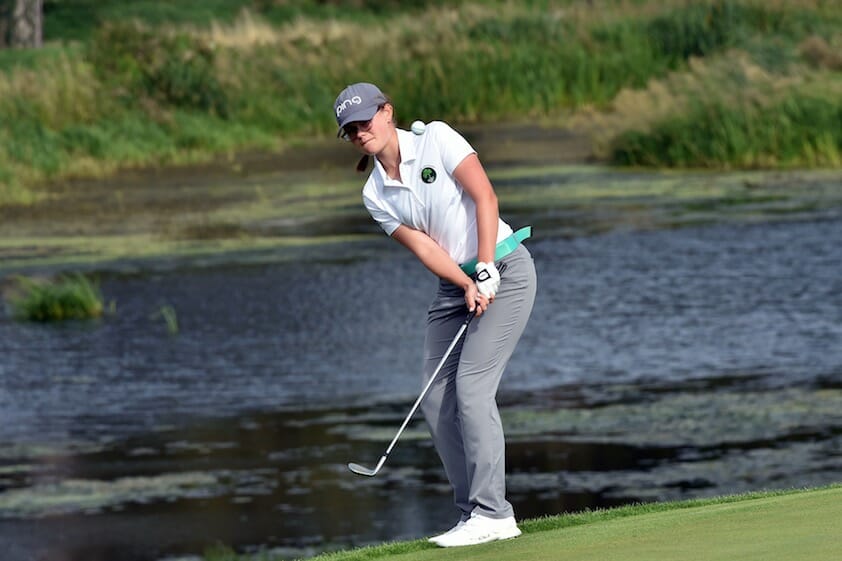 Annabel Wilson posted a one-under-par 71 to move into a share of 10th spot at the halfway stage of the South American Amateur Championship in Chile.

The Lurgan teenager bounced back from a disappointing 76 on the opening day to fire herself into contention at three-over-par at Los Leones in Santiago.

Maria Escauriza currently leads the way at four-under-par.
Meanwhile Paula Grant returned a second round 75 to move into a share of 35th position on plus-10. The experienced Lisburn campaigner was another to suffer a tough opening day (79) but she’ll be hoping to continue to trend in the right direction this weekend.
In the men’s competition, Peter O’Keeffe found parity on the second day to add a 72 to his opening round 74 to sit in a share of 23rd spot on two-over-par.
The Douglas bomber is the sole Irish representative in the field after Galway’s Ronan Mullarney pulled out through illness and he’ll be hoping to make inroads on the field after a solid start in Chile.

First played in 2006, the South American Amateur Championship is open to both men and women and was won last year by Canada’s Chris Crisologo (men) and Paraguay’s Milagros Cháves (women).
Full scores HERE