GOLF IRELAND – For the good of the game 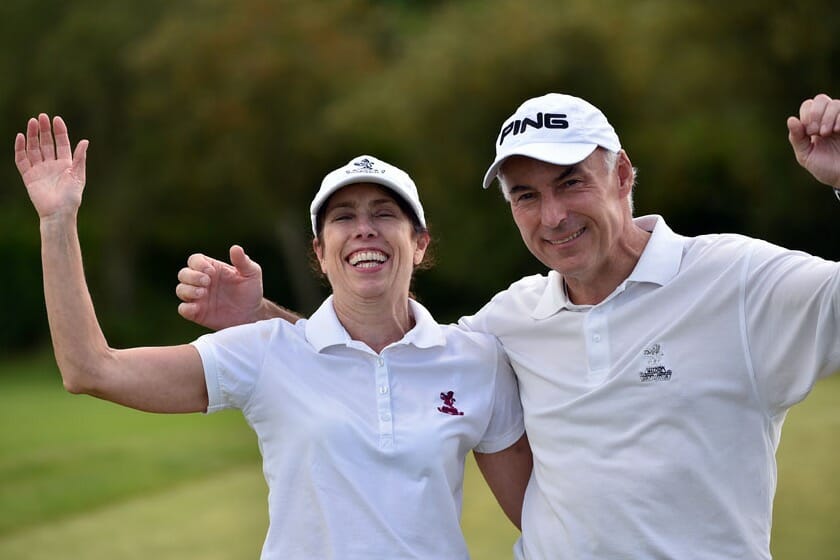 GUI and ILGU CEOs, Pat Finn and Sinead Heraty sat down with the GUI for a Q&A podcast on the proposed new governing body for golf in Ireland and it made for very encouraging listening.

On January 19th 2019, both the ILGU and the GUI will hold respective meetings where affiliated clubs will be invited to attend a vote on the Golf Ireland Proposal.

What is this Golf Ireland Proposal you say?  Essentially it is the prospect to create one governing body for the game of golf in Ireland.

Since November 2015, the ILGU and GUI have met to discuss the future of the sport in this country, with the philosophy from day one never veering away from the question; what is right for the game of golf?

It’s that seemingly straightforward philosophy that should be the key driver to get people out to vote for change. For the guts of 125 years in this country, it has been men on one side and women on the other at committee tables and beyond where gender debates, rights squabbles etc often dominated the narrative. With the one governing body proposal, finally we could see the focus shift from what’s right for a specific gender to what’s needed for the greater good of the sport.

Of the roughly 150 R&A affiliated golf clubs of the world, Ireland stands as the last country on the planet to have separate governing bodies for men and women and with the help of clubs across the country, it’s hoped January’s vote will provide the platform to make the necessary change to move Ireland into the 21st Century.

It’s a decision that’s not been taken lightly, with ILGU President, Sinead Heraty believing that the move is a natural progression in a relationship with the GUI that has formed a strong bond in recent years compared to years gone by.

“There was a certain timing in this where the two organisations were speaking as one on the development of golf and one governing body was the logical next step,” said Heraty, speaking to Alan Kelly’s GUI podcast

“Through working together on Junior Golf Ireland and the Confederation of Golf in Ireland we got very used to each other and with that familiarity there was a trust that took time to build. While we do work very effectively in the development of men’s’ golf and women’s golf separately, there’s no doubt about it that if we came together we would be a lot stronger.”

For GUI President, Pat Finn, the potential change marks a crucial new beginning for our sport, with Finn believing that despite the fine work done by both organisations in the past, the separation no doubt meant the game suffered in its development at times.

“It will bring with it a responsibility. Right now, the GUI is responsible for the administration of male amateur golfers and the ILGU is the equivalent for female players but nobody is looking after the game,” said Finn.

“Nobody is responsible for promoting and developing the game. That responsibility that sits on the shoulders of most other sports in Ireland that have a governing body doesn’t exist within golf. Golf Ireland will bring with it a responsibility to act in the best interest of golf clubs and the game of golf in Ireland.”

Indeed there’s so much to be gained from the GUI and ILGU joining forces to create Golf Ireland, not least the monetary savings that can be guaranteed if the vote is passed. Conservative estimates suggest ¼million euro in savings could be expected quickly, with Finn adamant that any such funds will be swiftly reinvested in the game’s development.

With the proposed move essentially creating one organisation where there was formerly three, Finn points to efficiencies like one AGM next year as opposed to the current two, the prospect of one set of sub committees and one board, and savings in staffing with the most obvious being that there’s two CEOs at the minute where there’ll only be need for one should the plan come to fruition.

“Otherwise there aren’t a whole pile of savings because of all of the activities that the GUI and ILGU currently do,” Finn continued. “The interclub events and championships, coaching, high performance, overseas trips, team events, and everything that the CGI does under club support and club development, all of these services still have to be provided to the same number of players.

“So the overall saving might not be massive but it’s quite significant and we intend on investing that saving straight back into the key areas from the ‘what clubs want’ consultations; more money in golf development and more money in club support.”

Having listened to the podcast, the focus on this need for more club support was the key message. It’s no secret that the game of golf has suffered in Ireland since the bubble burst, that participation numbers have been threatened and golf clubs have struggled. Therefore, the timing of such a union, one that embodies a togetherness without the question of gender being a distraction, should be welcomed in a time where clubs need strong leadership more than ever.
For Heraty, the proposal’s primary function is to secure the future of our game, an achievable goal given the golfing culture of Ireland.

“One of the primary reasons we are doing this is to support clubs in developing their membership and to secure the future of the game. If you look, to think that we’ve lost 25% of members in the last 10-12 years, we have a huge body of members to attract back into the game and we’re going to do that by putting more services into clubs.”