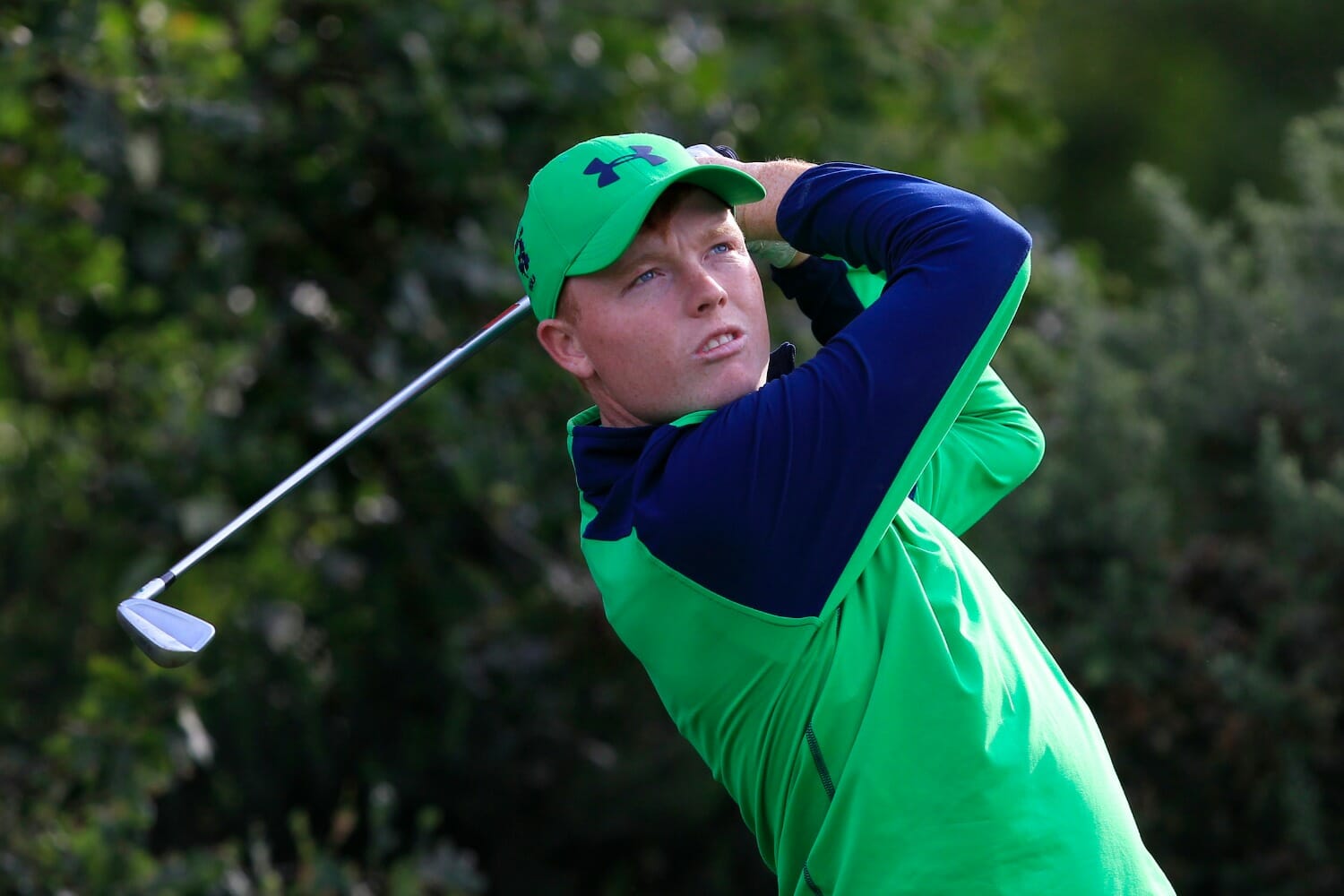 The Golfing Union of Ireland have named their three-man team for the World Amateur Team Championship at Carton House, Maynooth from 5-8 September.

Robin Dawson (Tramore), John Murphy (Kinsale) and Conor Purcell (Portmarnock) will hope to build on the success of Ireland’s third place finish in Mexico 2016 as they go in search of the Eisenhower Trophy on home soil.
Currently ranked number six in the world, Dawson finally got his hands on a championship title in 2018, fulfilling a long-held ambition by winning the Flogas Irish Amateur Open at Royal County Down. Dawson has been a mainstay of the Ireland senior team since making his debut in 2014 but until this season had gone without a major title to his name. That all changed at Royal County Down where he won comfortably, finishing four shots clear in what was a mature, measured display.
He came close to completing a rare double but had to settle for second at The Amateur Championship when he was beaten by South African Jovan Rebula in the final. After another second-placed finish at the European Amateur Championship, Dawson moved to a then career-high 10th position on the World Amateur Golf Ranking (WAGR).
The 24-year-old from Tramore completed his studies at Maynooth University last year, graduating with a degree in Equine Business and his increased devotion to golf has paid off with selection for the European team at the Bonallack Trophy and the Great Britain and Ireland side for the St Andrews Trophy.
He earned his place automatically on the Eisenhower Trophy team as the highest ranked Ireland player in the World Amateur Golf Rankings while Murphy and Purcell were selected.

John Murphy announced himself on the international stage with a spectacular victory at this year’s St Andrews Links Trophy. A multiple winner in Ireland before departing for college in the United States at the University of Louisville last year, Murphy has soared in 2018.
A superb second round of 66 on the Old Course put him in the frame for victory at the St Andrews Links Trophy and he held his nerve during a playoff with Germany’s Jannik de Bruyn, holing a 25-footer for birdie on the 18th to take the trophy.
Following his victory at St Andrews, Murphy earned his first Ireland cap at the European Amateur Team Championship, posting impressive scores of 68 and 67 to finish tied fifth in stroke play qualifying. He also reached the quarter-finals of The Amateur Championship, where he was beaten by Dawson. Murphy was also recognised by the Great Britain and Ireland selectors and picked for the St Andrews Trophy.
21-year-old Conor Purcell is the son of a golf professional and he followed in his father’s footsteps when winning his first Ireland senior cap at the Home Internationals in 2016.

Purcell has now played on two winning teams at the Homes and following his run to the semi-finals of The Amateur Championship in 2018, where he was beaten by Ireland teammate Dawson, he was named in the Great Britain and Ireland team for the St Andrews Trophy.
As a boy, his first sporting love was tennis. He was Irish Under-12 champion and could have followed the path of his two older brothers, who are both professional tennis coaches, but for the lure of golf.
He honed his game playing on the fabled links at Portmarnock, where his father was club professional, and he has been a student at the University of North Carolina in Charlotte for the past two years. He moved to the United States in 2016 on the back of his breakthrough victory at the South of Ireland – the oldest provincial championship in Irish golf.
This season Purcell has recorded five top-10 finishes including a semi final appearance at the AIG Irish Close in The European Club.
The Ireland team will be captained by John Carroll (Bandon) and accompanied throughout the event by Neil Manchip, GUI National Coach.
The World Amateur Team Championships are being hosted by the Golfing Union of Ireland and the Irish Ladies Golf Union, the first time they will be held in Ireland. The Championships are conducted by the International Golf Federation. The Espirito Santo Trophy for women commences on Wednesday 29 August.

Both tournaments are played over four rounds. Each team has two or three players and plays 18 holes of stroke play for four days. In each round, the total of the two lowest scores from each team constitutes the team score for the round. The four-round (72-hole) total is the team’s score for the championship.

Teams from 72 countries will stay in Maynooth during the World Amateur Team Championships, the majority of whom are residing at a special ‘Athlete Village’ style campus in Maynooth University.

Golfers, captains and officials begin arriving from 24th August with the women’s world championship for the Espirito Santo Trophy getting underway from 29th August. A week later the men’s teams arrive and the Eisenhower Trophy competition tees off on 5th September.
Tickets, which are free, are available at www.watc2018.ie