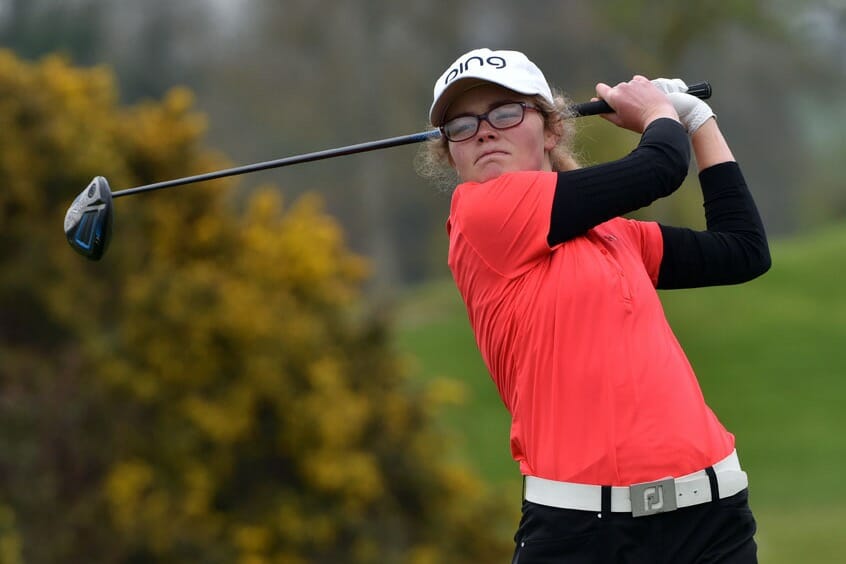 All three of Ireland’s contenders have bowed in the matchplay stages of the 115th Ladies British Open Amateur Championship at Hillside.

Olivia Mehaffey, who needed all 18 holes to overcome England’s Jessica Hall 2UP in their first round encounter, was again taken up 18 in her second round match.

However this time the World Amateur Number 18 came out on the losing end of the dual, going down to Italy’s Alessia Nobilio by one hole.

Annabel Wilson got the better of a similarly intense first round dual as she was taken down the 18th by Yuka Saso of the Philippines.

Not for the first time, the Lurgan teenager proved her mettle to complete a narrow 1UP victory and advance to round two.

However that’s where her challenge would end as she came up against a formidable opponent in Anna Backman, going down 4&3 against the inspired Fin.

Unfortunately there was earlier disappointment for Jessica Ross who had fired a wonderful one-under-par 71 to catapult herself into the matchplay stages yesterday.

The Clandeboye amateur fell at the first hurdle this morning, coming up against a strong opponent in England’s Caitlin Whitehead, eventually going down 2&1.