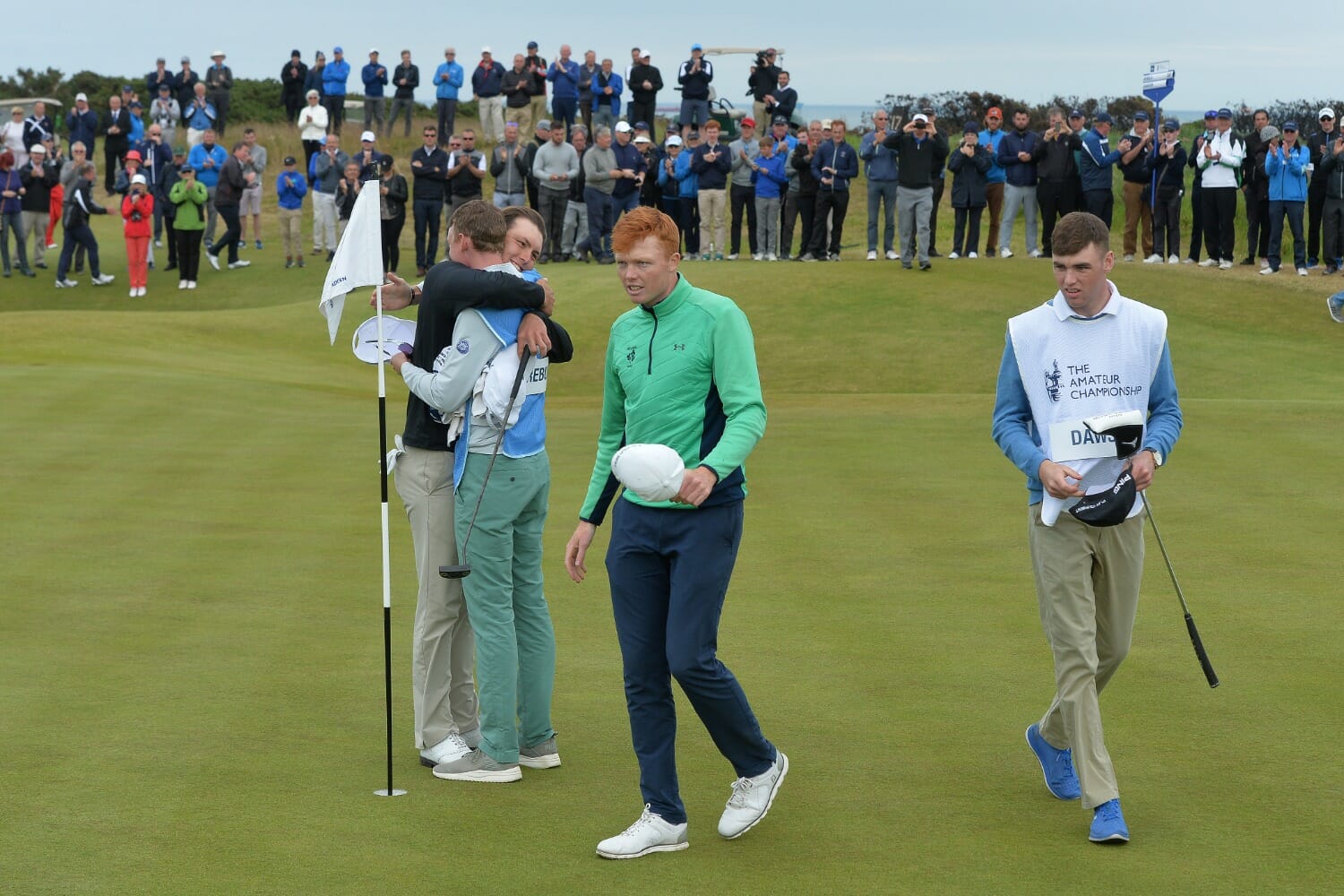 The 20-year-old was never behind in the 36-hole final and becomes the first South African to lift the historic trophy since Bobby Cole at Carnoustie in 1966 after defeating Ireland’s Robin Dawson 3&2.

Rebula, who is the nephew of two-time Champion Golfer of the Year Ernie Els, secured a place in The 147th Open at Carnoustie, next year’s US Open at Pebble Beach and, by tradition, an invitation to the Masters Tournament in 2019.

Ranked 192 in the World Amateur Golf Ranking, Rebula took command of the final early on striking the first blow to go 1up with a birdie at the par-5 6th hole. The South African then took advantage when Dawson bogeyed the 7th and 8th to go 3up. However, the Irishman pulled one back immediately with a birdie of his own to cut Rebula’s lead to 2 holes at the turn.

The match was extremely close at that point and Dawson, who won the Irish Open Amateur Championship at Royal County Down in May, closed the gap further when Rebula conceded the 13thhole. With Rebula at 1up, the finalists headed into the break with everything to play for.

After fighting his way to 3up in the early stages of the afternoon, Rebula stamped his authority on the match by winning the 26th and 27th holes, which included an incredible 25-foot putt for birdie.

Rebula was in cruise control with a lead of 5up with six to play and looked certain to secure the championship before nerves kicked in and Dawson claimed two holes back.

It took until the 16th where he made a clinical save from the sand to win The 123rd Amateur Championship and etch his name in history.

“I am pretty happy. If you offered me finishing second at the start of the week I would have definitely taken it but then again when you get so close it’s frustrating so I have a lot of mixed emotions.” Said Dawson after the defeat.

“I’ve some nice tournaments coming up so that’s what I’ll go away and try to focus on.

“I wasn’t really clawing my way back into it in the end, Jovan was giving holes away. But to be fair to him, it was a great up and down on the 16th to win it. He’s definitely a very worthy winner this week.”

The 124th Amateur Championship will be played at Portmarnock and The Island from 17 to 22 June, 2019.