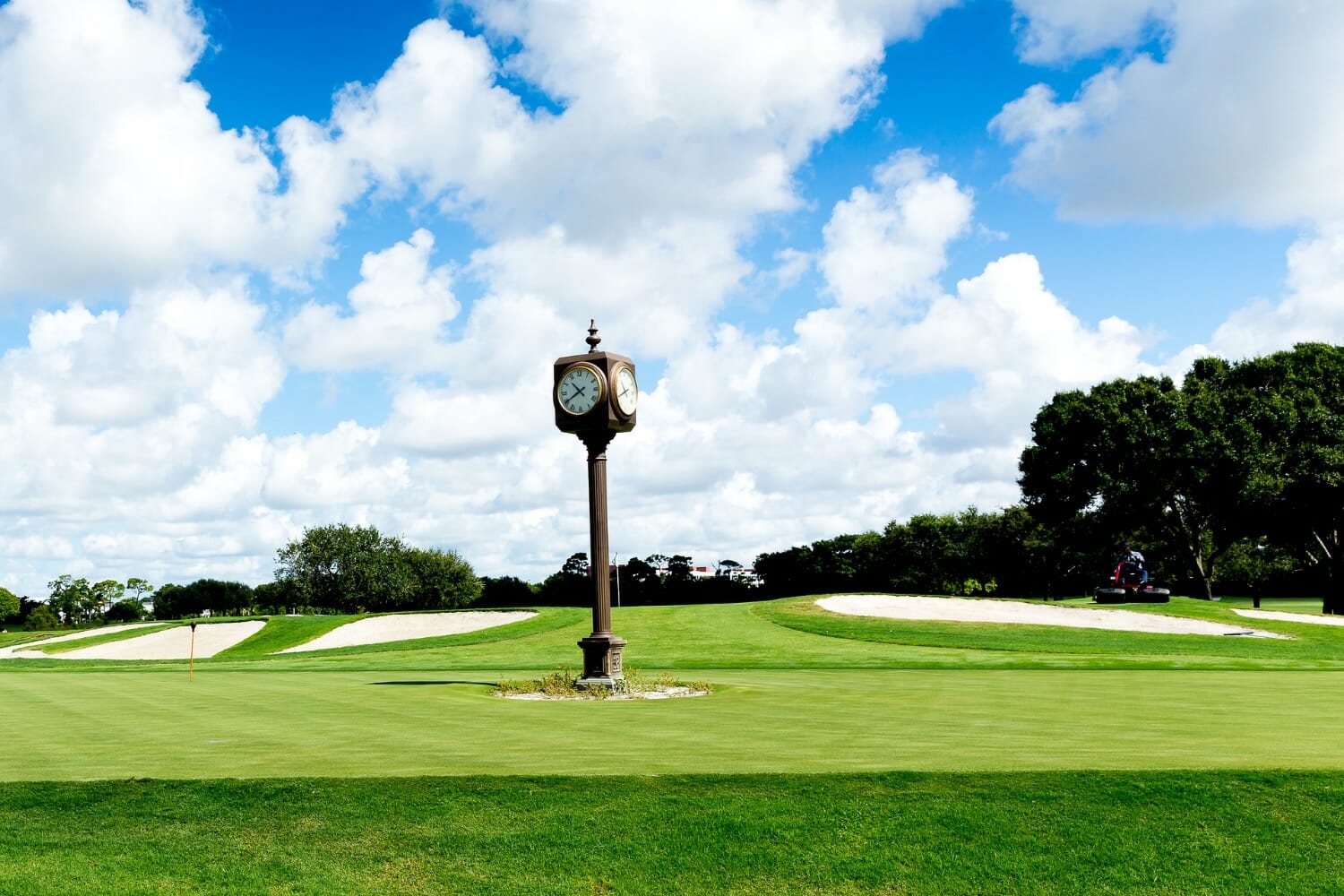 Slow play, it’s a scourge on our game and it’s everywhere. Gone are the days when we raced around 18 holes in under three hours but instead we have become accepting of laboured five-hour rounds on bad days.

It’s something that has seeped into the game and stubbornly refuses to go away. It’s not helped that our fairway mannequins at the top of the pile plot their way round at a snail’s pace. This doesn’t set a good example for us mere mortals to follow. And yes, I fully accept leading tour players are out there to make a living, so the guidelines are entirely different to playing in your monthly medal.

Before throwing stones from glass houses, we should all take an honest look at ourselves and how we get around a golf course. Countless times I’ve heard the pace of play debate chattered about in clubhouses. It’s all too easy to point the finger and say someone else is guilty of slow play without some self-assessment.

There has never been a greater need to play golf at a brisker pace. We’re not talking about setting world speed golf records or trying to emulate Usain Bolt down the fairway. It’s the small wins. Be organised, be ready.

In this fast-paced, digitally dictated world, there is a premium placed on our time. The very essence of playing 18 holes has being questioned. R&A directives and new nine-hole competitions are proof that a shorter version of the game is sought after. Family time and working time means that mum, dad or children likely don’t have five or six hours spare to play golf. Demands elsewhere are greater, therefore shortened versions of the same game are becoming part of the mix.

But let’s not dilute the main issue at hand. Slow play is slow play in whatever form the game is played. We all know someone who is slow, the serial offenders, but things rarely change. Someone from our run now has “The Hearse” for a nickname, but even that doesn’t deter the deliberate, on course actions.

So, what can we do about it?

Yardages. We’re all obsessed with the numbers. When did we become so good that we need an exact yardage to every flag? This is definitely one to ease up on. Leave the forensic approach to those on tour with caddies and elite swingers who actually know and can hit their numbers.

First, we lock in the target with a range finder, but often that’s not enough. We check the sat nav watch to make doubly sure. But hang on, let’s walk to the nearest sprinkler head to get that yardage too. Throw all the stats into the grey matter and still we confer with playing partners before considering shot execution. What? Oh yes, we’re here to play golf. Sorry, I thought we were orienteering.

Take a look, pick a club, visualise the shot, hit the shot. Honestly, try it, see how refreshing it is.

There are so many other easy wins too. Leave your bag or trolley at the correct side of the green on your way to the next tee. Mark those scorecards at an appropriate time. Don’t get the paperwork out when it’s your turn to tee off. Share the love. Feel free to take your turn to put the flag back in the hole if you’re not last to putt out.

It’s prudent to have an awareness about you on the golf course. Think about the playing order and when it will be your turn to hit shots. When your time comes, start the prep work early. The locking and loading of yardages, putting your glove on, testing the wind, all that foundation work can start when others are playing so you are ready to pull the trigger sooner.

Walk at pace. We’re supposed to be out there getting some exercise, right? It’s not a dolly dander up the promenade as you dribble ice cream down your chin.

We all talk nonsense, especially if catching up with pals you don’t see from one week to the next. But leave it until you’re walking down the fairway, not when your group is clear to tee off. That killer story nobody wants to hear can wait a little longer.

Oh yes, hit a provisional ball. It’s so much easier.

And never fear calling a group through. Don’t worry, the world will not end – and your Sunday roast will still be there when you get in.

All sounds so easy when on the soapbox. On the plus side, the likes of ‘ready golf’ is a good thing. It makes a difference, it’s common sense.

At our place, we’re in a trial period with the timesheet to try and avoid the herd mentality around the first tee of a Sunday morning. It has received mixed reviews but the concept is correct. For optimum use I believe it needs to be rolled out for longer and made available online like most other clubs.

One of the worst examples of slow play in recent times was JB Holmes on the 72ndhole of this year’s Farmers Insurance Open on the PGA Tour. The American took over four minutes to play his second shot at the par five. The time was bad enough but it impacted his playing partner Alex Noren, who shared the tournament lead at the time. Many suggested it was gamesmanship from Holmes, who said he was simply trying to win the tournament.

In any case, the Shot Clock Masters will be played on the European Tour for the first time in June at the Diamond Country Club in Vienna in a bid to “combat slow play”. It was trialled in 2017 and was shown to reduce round times with golf “played at a more compelling pace”.

For the rest of us, we don’t need to go there yet, we just need to do the simple stuff better.