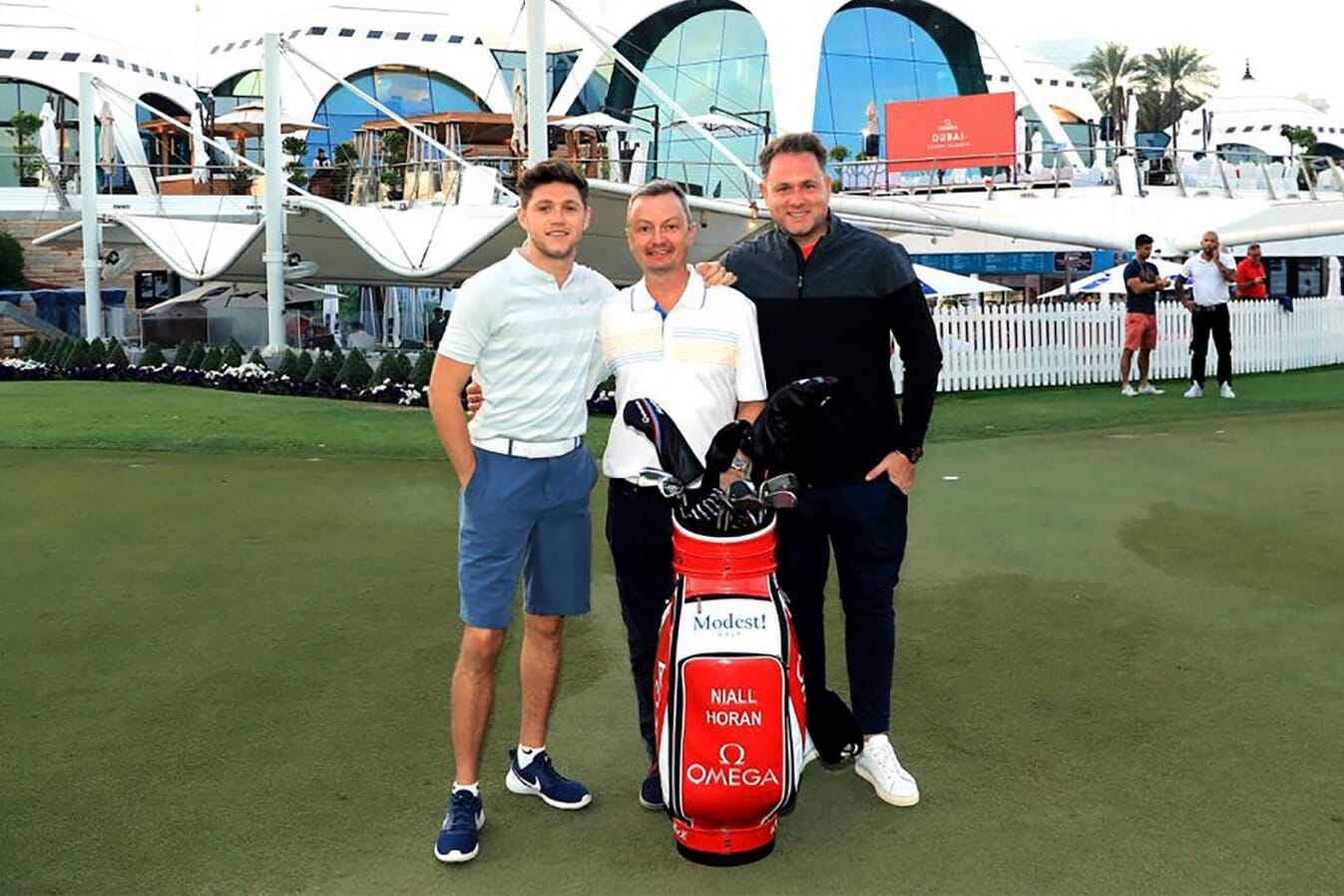 This year’s Northern Ireland Amateur Open at Galgorm Castle has received backing and support from Niall Horan and Modest! Golf as the company continues to develop young Irish talent and provide playing opportunities in the early stages of their career.

Horan and Modest! Golf are already heavily involved with the support and promotion of the NI Open and today’s news reinforces their commitment to the next generation of players.

“One of our main objectives starting out with Modest! Golf was to support young talent. We try to give players opportunities that they maybe haven’t had before,” explains Horan, who sees sponsorship of the NI Amateur Open as a natural fit for their overall vision.

“To support the NI Amateur Open gives young players a chance to learn more about themselves and their game. That’s what we did with local star Tom McKibbin in recent years when he went on to compete in the NI Open.”

This year’s NI Amateur Open is a 36-hole strokeplay and takes place on Tuesday, July 17that the Ballymena venue, one week after the GUI’s North of Ireland Championship at Royal Portrush. The NI Amateur Open continues to receive support from Specsavers Ballymena SrixonCleveland and the winner earns a place in the NI Open from August 16-19.

“At every opportunity, we want to encourage and support young players coming through. Through sponsorship of the NI Amateur Open we give the winner a chance to compete in one of the best events on the European Challenge Tour and in front of record crowds,” adds Horan.

“Ireland always produces incredible talent,” says fellow Modest! Golf Director Mark McDonnell. “We want to do our bit by creating playing opportunities for young players and give them a chance to compete at the highest level during the early stages of their career when they need the most support.”

“Modest! Is a boutique management company with six players on the books with further ‘exciting news’ to be announced in the coming weeks.”

“We always wonder how we can make the NI Open better year on year and this year will be no different with lots of exciting new things happening such as the NI Open Showstage where live music and bands will play over the weekend of the event to add to the festival atmosphere.”

“We’re incredibly proud to be part of the NI Open and to promote events at Galgorm. There are some really exciting plans for 2019 too, a massive year for golf in Northern Ireland when The Open Championship returns to these shores.”

Tourism Ireland also plays a key role in the success of the NI Open, especially when promoting golf on the island of Ireland to an international audience.

Aubrey Irwin, Tourism Ireland, said: “The Northern Ireland Open is a wonderful event, giving us an opportunity to showcase our world-class golf courses to a huge number of golfing enthusiasts across the world.”

“The 2018 Northern Ireland Open will once again shine a spotlight on golf here, helping us to highlight our superb parkland courses, which complement the world-class links for which Northern Ireland is known around the world.”

The NI Open has always been free to enter for all the family and will be the same this year. To get your tickets for the 2018 event, simply register online at www.niopen.golf