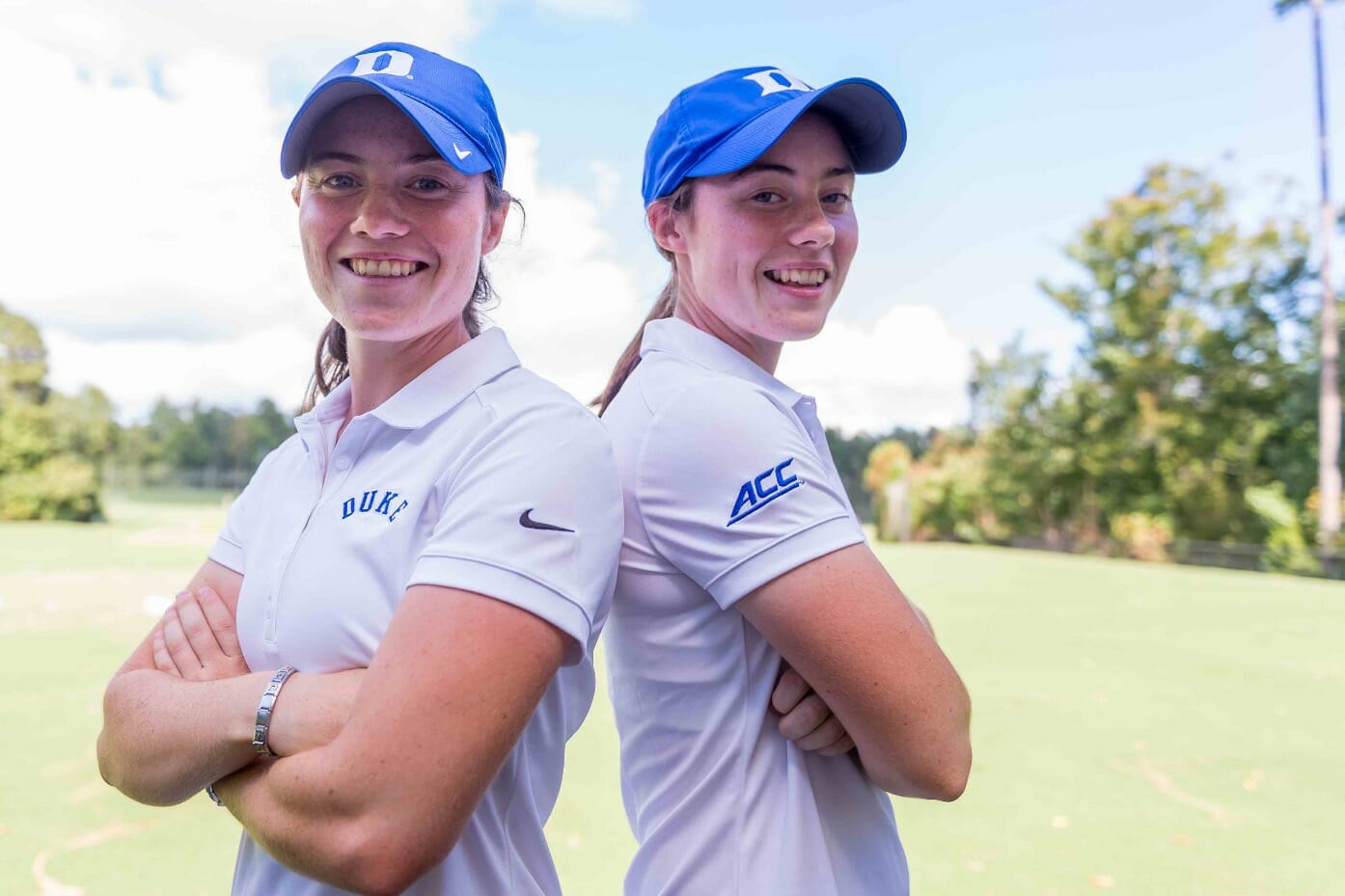 Boosted by under par rounds from Virginia Elena Carta and Ana Belac, the top-seeded Duke women’s golf team turned in a five-under, 283, and is second overall through 18 holes at the NCAA Madison Regional.

Ireland’s Lisa Maguire returned a season-best four birdies for a one-over, 73 to sit in a tie for 26th.  She opened with bogeys on 1, 4 and 6, but regrouped and played her final 12 holes at two-under-par. Maguire rolled in her first birdie of the day on 9 from 12 feet to make the turn in 38.  She added a bogey on 10 and four-foot birdie on 11.  Maguire then sandwiched a bogey in-between two pars on holes 12-14, before registering back-to-back birdies on 15 and 16.  She sank a four-foot birdie on 15 and then drained a 25-foot birdie putt on 16 to move her score to one-over-par.  Maguire drilled 7-of-9 greens on the back nine.  For the day, she hit 11 greens, four fairways and had 30 putts.

Senior Leona Maguire turned in a two-over, 74 to be in T43rd and in round one as she collected three birdies.  Maguire, a two-time National Player of the Year birdied three of the five par fives on the day and lipped out for birdie on 18.  The round of 74 did not count for the Blue Devils, which snapped a streak of 115 counting rounds by the former No. 1 ranked amateur in the world.

Meanwhile, Olivia Mehaffey, playing in Arizona State colours carded an opening 73 to be in T26th alongside Lisa Maguire in the event where following Wednesday’s third round, the top six teams (and top three individuals not on those six teams) from each of four regional sites will advance to the NCAA Championships in Stillwater, Okla. May 18-23