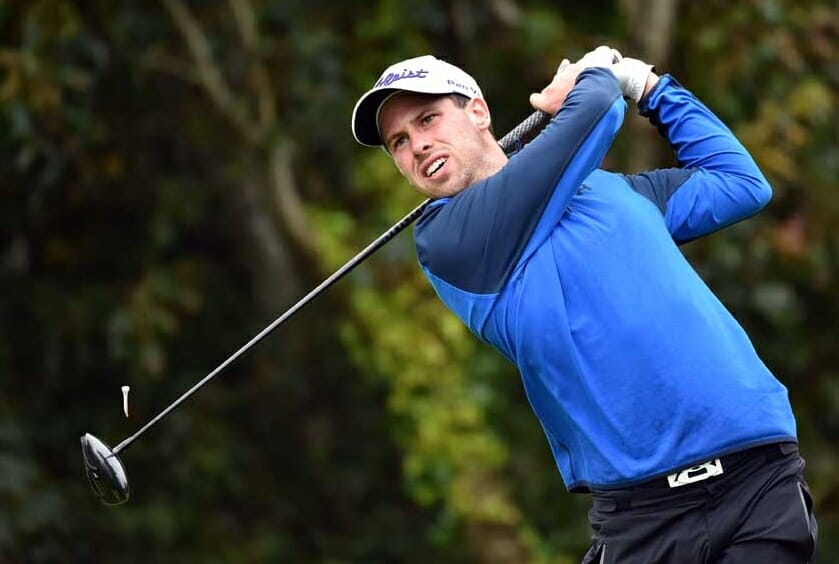 The Castle’s Alex Gleeson showed no ill-effects from his West of Ireland defeat to Robert Brazil over Easter as he notched another second place finish, this time at the European Nations Championship in Spain.

The Dubliner fired successive three-under-par 69s in rounds three and four to finish on level par for the tournament, five shots behind winner, Todd Clements from England.

It was Gleeson’s slow start to the tournament that ultimately stopped him challenging over the weekend. Despite a hole in one on the 8th during his opening round, he returned a four-over 76 coupled with a 74 on day two and was playing catch-up thereafter.

Yet 12 birdies over his next 36-holes is testament to both his talent and temperament and he takes home the leading Irishman tag at Real Club de Golf Sotogrande on level par, finishing alongside Denmark’s Ramus Nergaard-Petersen and compatriot Gian-Marco Petrozzi in a share of second place.

Dundalk’s Caolan Rafferty fired four birdies en route to his best round of the week, a one-under-par 71 for a plus eight total and a welcomed tied-12thfinish.

Naas’ Jonathan Yates clung onto a top-20 finish despite a disappointing 75 to close while Tramore’s Robin Dawson finished with a one-under-par 71 and in a tie for 46thafter an indifferent week in Spain.
England took the team title by a whopping 20 strokes from Ireland on 11-under par with Denmark third, seven shots further adrift.