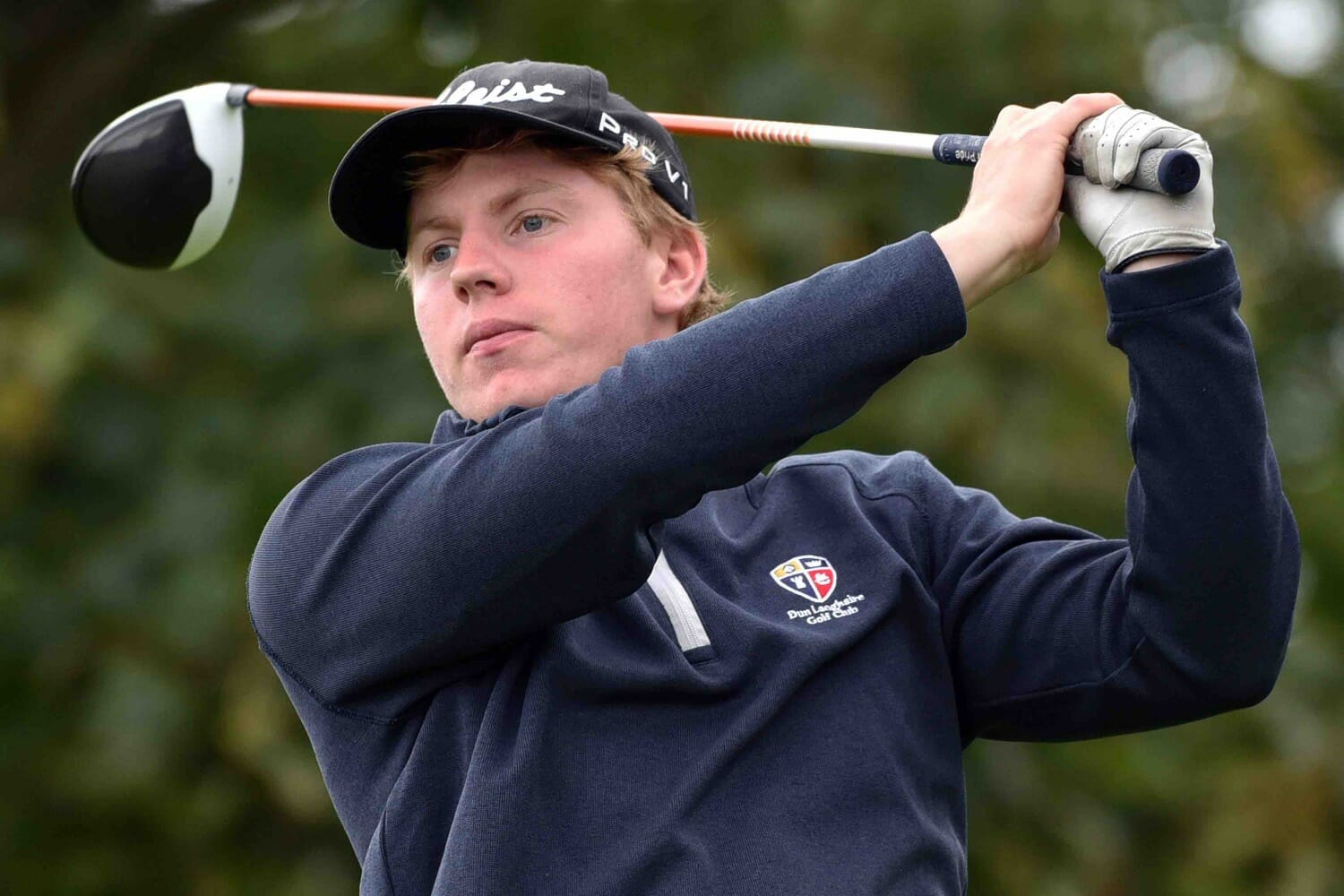 Maynooth’s Ronan Mullarney fired the round of the week so far to grab a share of the lead at the Irish Student Amateur Championship in Tralee.

Looking to go one better after finishing a single shot behind last year’s winner, Stefan Greenberg of Ulster University, Mullarney stroked home a scintillating 66 to move alongside fellow Maynooth man, Alan Fahy on two-under par at the head of affairs.

Fahy returned a fine round of 70 that included four birdies of his own but the day belonged to his Maynooth teammate who carded seven and just the one dropped shot en route to a marvellous total.

The leaderboard is stacked with one round to play and with 14 players within four shots of the lead, the single’s prize remains wide open.

In all, over 100 student golfers travelled to Tralee for this year’s championship, however the turnout for the women’s prize looks rather depleted in comparison to the men.

IGM’s own, Mary Doyle, captured the women’s title last year with a 5-shot cushion from her nearest competitor but it’s Ulster University’s Shannon Burke who leads the way this time on plus one after she added a 73 to her level par opening effort.

Burke however will have no time to rest on her laurels in the final round, however, with Maynooth’s Clodagh Walsh breathing down her neck just a shot behind in second place. The pair have pulled clear of the eight-person field with Ulster’s Kristin Bromley occupying third spot on plus eight, four shots clear of fourth.

In the team event, it’s no surprise to see the juggernaut that is Maynooth University setting the standard. Their A team fired an eight-under-par combined score on day two for a four-under tournament total to take a six shot lead in the team standings from both UCC ‘A’ and Ulster University ‘A’.

(Players that missed the cut are not shown)