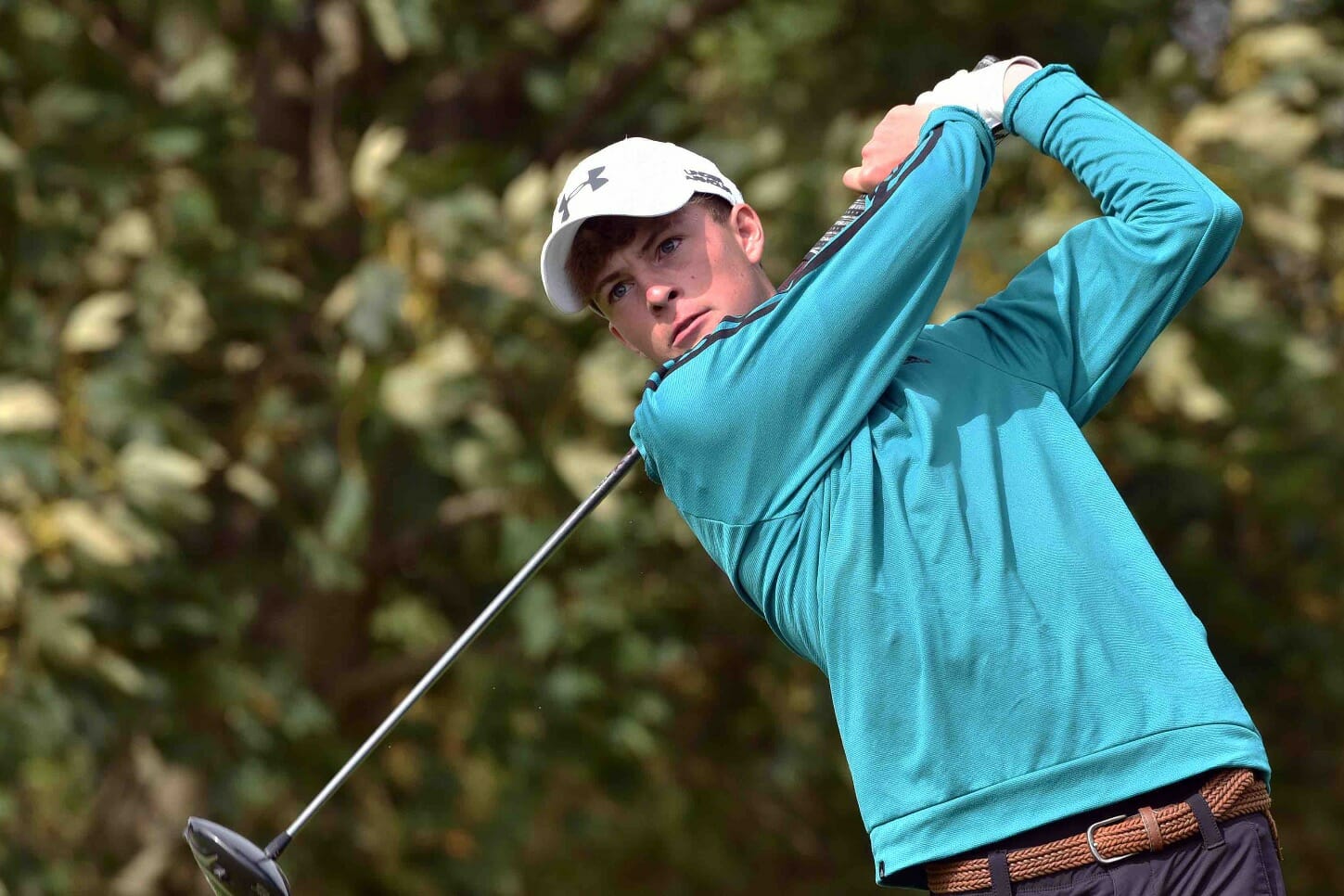 Despite some unruly weather and the quality of opposition he came up against on a truly magnificent links course, O’Neill was untouchable as he fired rounds of 75, 70, 76 for a 221 total to claim the crown by a whopping eight strokes.

Typically fresh, whipping winds and icy rain magnified the errors as the young pretenders teeing up did their best to manage conditions. However it was O’Neill who coped best of all over the three days.

Entering the final round, he held a four stroke cushion over Adam Smith (Mullingar) and Tom McKibbin (Holywood) which was extended after nervous starts from his two playing partners, McKibbin opening with a treble bogey seven and Smith taking a nine on the par-4 third hole.​

Perhaps taking encouragement from his competitors’ struggles, O’Neill went about his business thereafter in steady fashion to seal an eight stroke victory over​ Odhran Maguire (Slieve Russell) and Daniel Raher (Dungarvan) who was one stroke further back in third.

The win is a great start to the 2018 Championship season at boy’s level for O’Neill who looks a player to watch for the coming years.

However, for all those taking part, no doubt this will prove a major learning curve ahead of what are sure to be bigger challenges to come.

Congratulations also to the members, management and staff of Carne Golf Links​ and Belmullet Golf Club who left no stone unturned in assisting tournament officials and players in the running of the event. By all accounts it was a wonderful success.