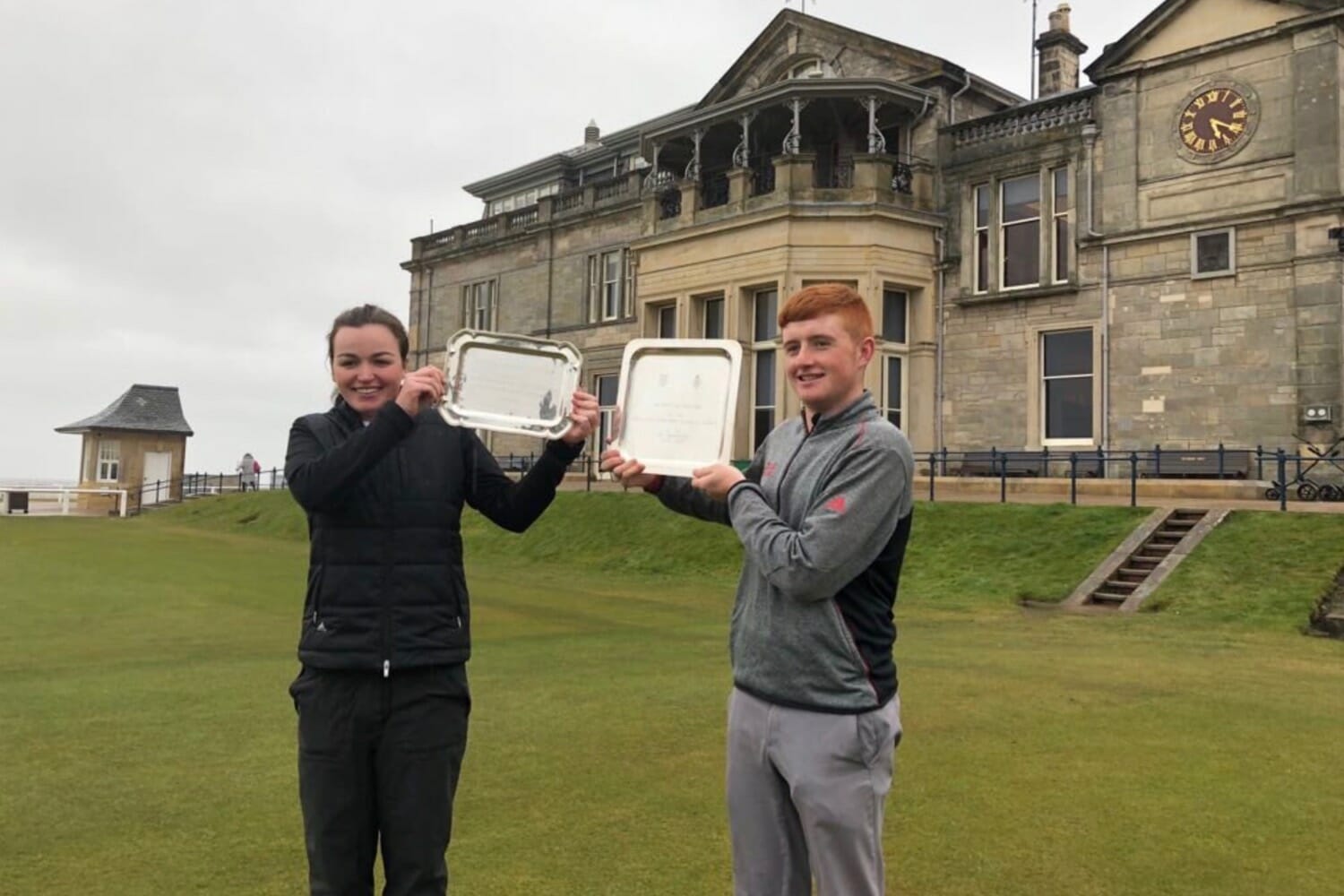 Both Ronan Mullarney and Chloe Ryan have booked their place on the International team for the Arnold Palmer Cup after tasting individual success at this year’s R&A Scholars tournament at St. Andrews.

Maynooth University’s Mullarney led the men’s’ event by three shots heading into the final day after rounds of 67 and 71 on Monday and the student had no intention of letting anyone past him in the final round.

He fired three birdies and just the one dropped shot in an accomplished display from the front to claim the title by four strokes from a trio of players at level par.

Peter Kerr was next best of the Irish contingent after a best of the day five-under-par 67 jumped him into a tie for 8th. Mullarney’s fellow Maynooth alumni, Eugene Smith and Caolan Rafferty finished in tied-10th and 12th respectively.

In the women’s’ event, Chloe Ryan, playing out of the University of Madrid, fired a three-under-par 73 to claim the title by two strokes from Stirling’s Gemma Batty.

Ryan returned an eagle, three birdies and just the two bogeys as she triumphed atop the leaderboard on four-under-par.

Queens University Belfast student, Jessica Ross, finished next best of the Irish bunch in 4th position after a one-under-par round to finish while Maynooth alumni, Clodagh Walsh and Molly Dowling finished 6th and 7th respectively.

Our very own columnist, Mary Doyle, held on for a top-10 finish despite not having her best stuff during her final round 81.

In all, 60 Scholars from Great Britain and Ireland were invited to compete at the event and it’s a testament to the level of golf here on our little island that two players representing our Union came out on top in what can only be described as a fantastic early season effort. Onwards and upwards we go.