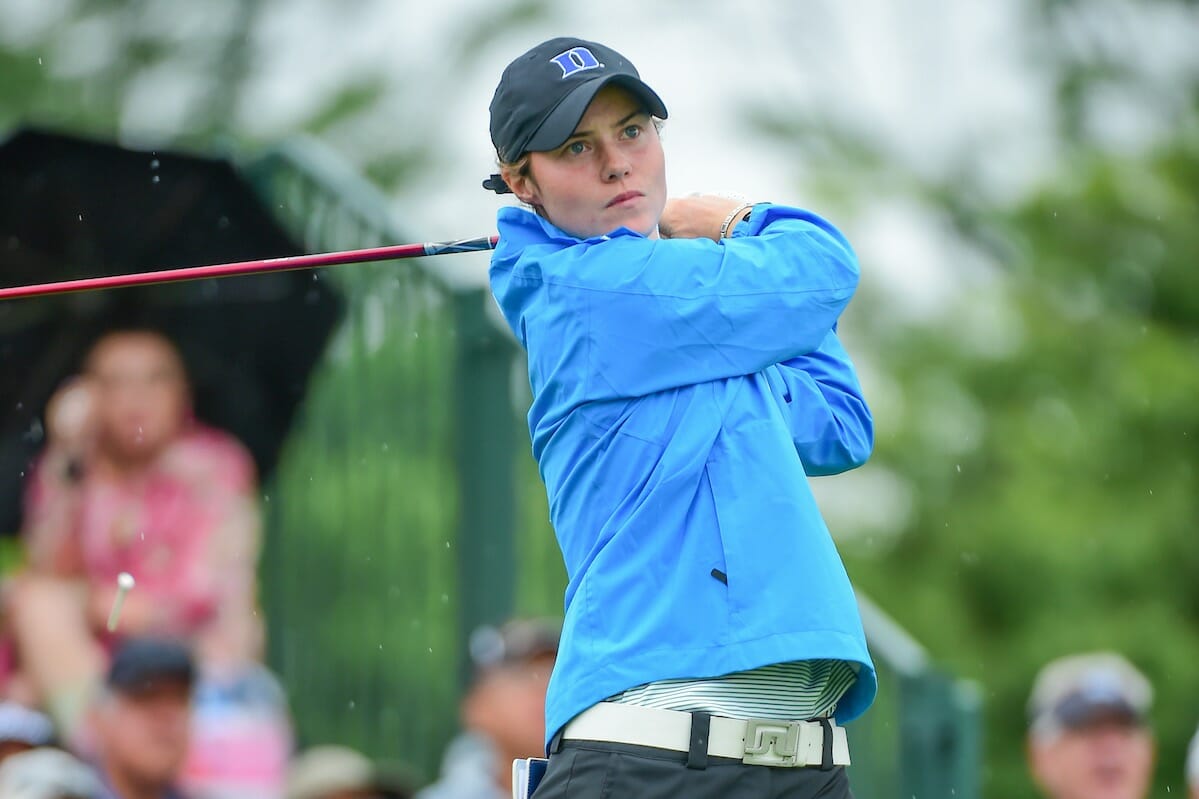 The records keep falling for Leona Maguire after she recorded her eighth collegiate win for Duke University at the Jim West Challenge.

Maguire turned in a school and tournament record of 13 under par with rounds of 67, 63 and 70 to win by three shots from Maddie Szeryk of Texas A&M and she now ranks third in the all-time history books at Duke, just four wins from the top spot shared by Amanda Blumenhurst and Mary Anne Widman.

“I couldn’t have asked for a better start to the season,” commented Maguire.  “I’m really proud of my performance and everybody on the team, we all stepped up and I’m excited for the season ahead of us.”

Maguire registered four birdies in her final round, including draining a long putt for birdie on No. 18 to close the tournament with an individual-best 18 birdies.  She hit 15 greens, 12 fairways and rolled 31 putts.

The team victory marked the 129th career victory for Duke head coach Dan Brooks and the first season-opening win since the 2006-07 campaign when the Blue Devils claimed the Mason Rudolph Championship in Nashville, Tenn.  It also set a new Jim West Challenge tournament record for under par (-33) and 54-hole score (819).