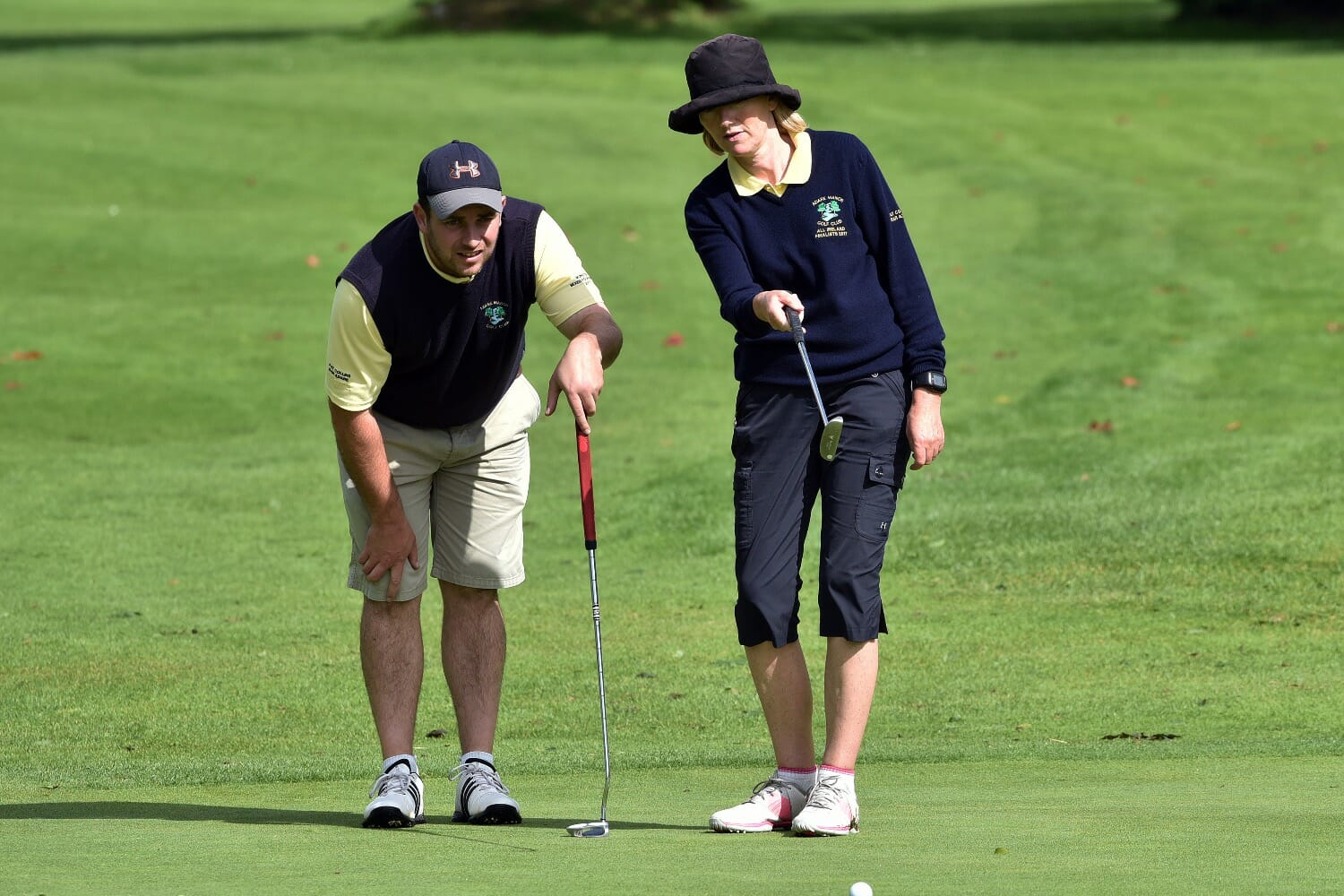 Tullamore will have to see off Limerick side Adare Manor today if they are to win an unprecedented third green pennant in the I Need Spain Irish Mixed Foursomes while the Munster side will be hoping to win their first green pennant since 1985 when they won the Pierce Purcell Shield.

The Leinster champions saw off the challenge of Athenry in Friday’s semi-final by a 3.5 to 1.5 margin while Adare Manor accounted for Belfast outfit Malone by the same scoreline.

Played in challenging conditions, with the weather testing at times, it was Adare Manor that put the first point on the board as Tony Davern and Ina Desmond ran out comfortable winners over the mother-son pairing of Linda & Paddy Dean of Malone. Never behind, the Manor pair ended the match on the 13th green with a 7/5 win.

It was perhaps no surprise that Davern and Desmond coasted home with such ease. The pair have now won five out of six matches in the campaign. Team Captain Padraig Mann was thrilled with their leadership: “They’ve been out in front all year, I don’t think they’ve had to go past the last five holes in any of their matches in the past year. It’s great to get one early match in.”

Down the order there were also wins for Alan Purcell & Antoinette Meghan and in the the bottom match Deirdre Keating and Brian Murray extended their unbeaten run with a 3/1 win to seal victory for Adare Manor.

Eoin Marsden and Richelle O’Neill led from the front for Tullamore as they accounted for Athenry pair John Whelan and Teresa Coen by a comfortable 6/5 margin.

Joe Morris, Team Captain with Tullamore paid tribute to his team afterwards. “We’re absolutley delighted to get there, it a great achievement to get this far and hopefully we can finish it off tomorrow. Hopefully we can make it a third win (in this event) tomorrow.”

The final gets underway at 9.30am this morning