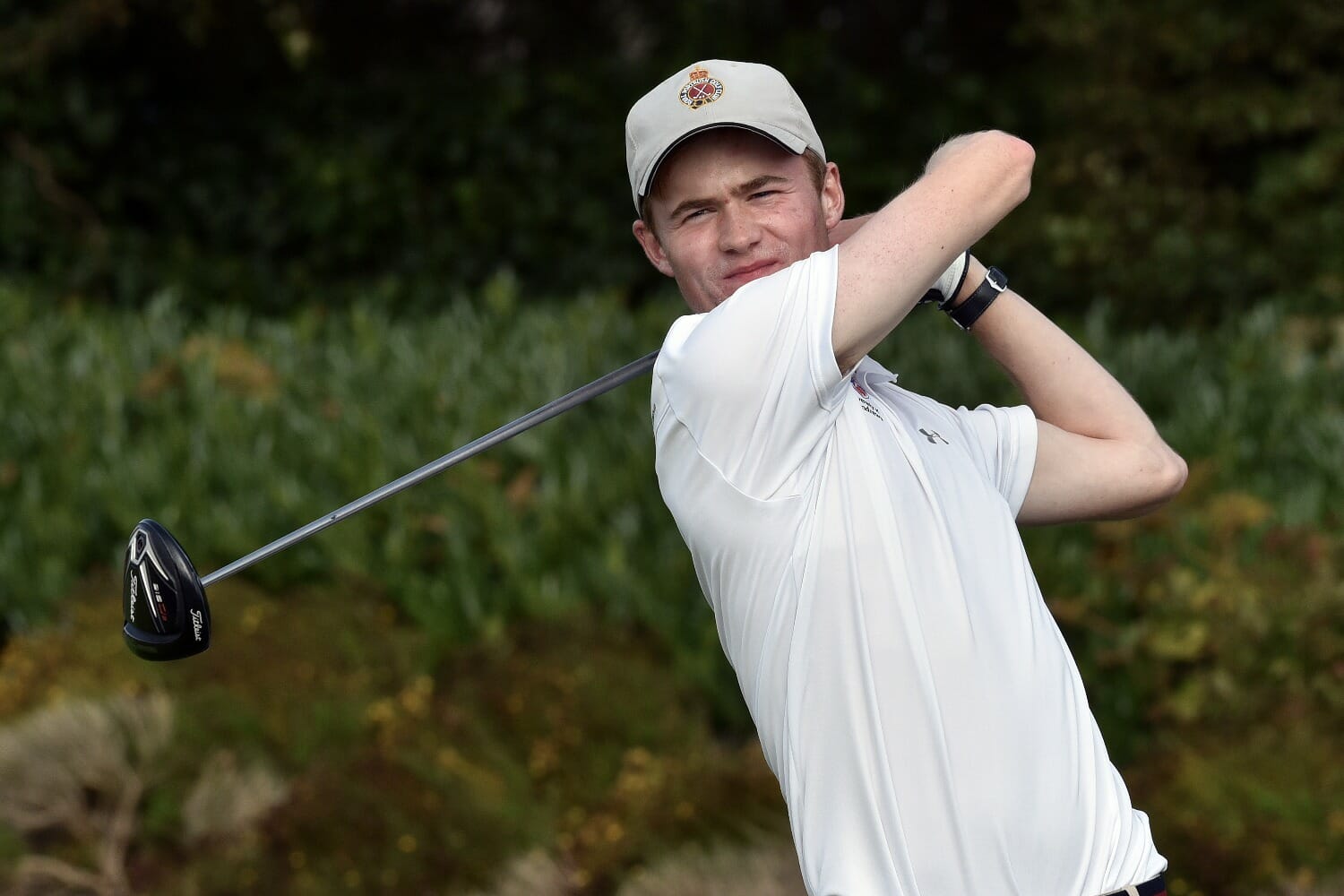 Beaten at the semi final stage in 2016, Peter Kerr (Royal Portrush) already has silver to his name after taking the leading qualifier prize in this year’s AIG Irish Amateur Close.

Kerr sealed the silver medal on minus two, 138, thanks to his second successive round of 69. Co Sligo’s David Brady had set the same target but lost out to Kerr on a countback.

Further down the field, the battle to make the cut concluded when Galway’s Thomas Nolan withdrew because of work commitments. Nolan was safely through after rounds of 71 and 75 but unable to make tomorrow’s first round, his withdrawal meant that 64 players finished inside the mark of eight over.

Galway Bay’s Michael Sheil effectively captured the final qualifying spot as a result and his reward is a first round meeting with Kerr, the only player to break par in both qualifying rounds.

“I’ve probably hit 28 greens for the two rounds, which I’m really pleased with,” said Kerr after signing for his second consecutive 69.

Kerr will return to Scotland in two weeks to resume college life at St Andrews University, where he is studying Chemistry. Clearly, he is close to cracking the code when it comes to this championship.

Only three players finished under par at the end of stroke play qualifying. Dundalk’s Caolan Rafferty, in the form of his career, was leading qualifier earlier this season at The Amateur Championship and almost scooped the medal again.

Level par playing the last, he had 113 yards left after another perfect drive.

“I was joking that if I hole this, I pip leading qualifier,” said Rafferty, who needed an eagle to clinch top spot. “The boys said it was very close. It spun down the hill to 20 feet.”

Rafferty holed the putt for a closing birdie to post 68.
“I didn’t do anything fancy really,” Rafferty explained. “It was a boring round of golf.”

Having played his way onto the national panel this season, Rafferty is still on a high after winning five points for Ireland at last week’s successful defence of the Home Internationals.
“Confidence is probably the big difference this year,” said Rafferty. “Last week gave me that extra little bit of belief too, getting the big experience with the lads and realising that I’m not that far away from everybody. Hopefully I can keep going this week and get the win.” 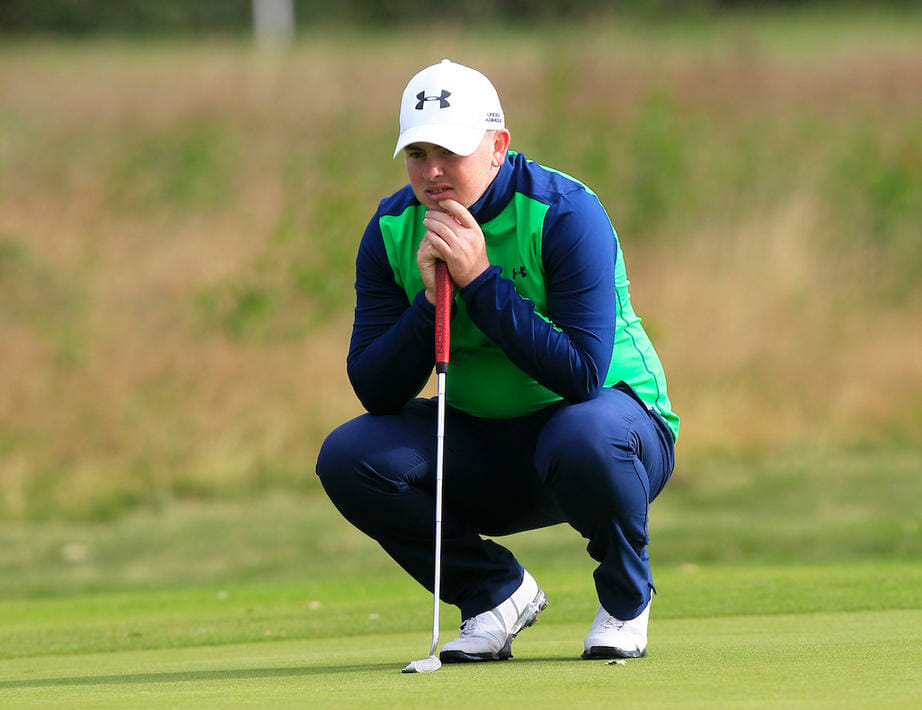 Above – Caolan Rafferty in action. Image by Thos Caffrey Golffile.ie

Two years ago, Rafferty lost out at the quarter final stage of the Close. A win would cap a stellar season for the 24-year-old from Dundalk but he is not the only one hungry for success.
Co Sligo’s Sean Flanagan, North of Ireland Champion in 2016, has been consumed with exams this summer, and has had to sit out a host of tournaments.
“In May I had to miss three events due to final year exams,” said Flanagan. “It has been a quiet year for me but it’s nice to put the exams behind me.”

Having picked up three shots during his second round, Flanagan was in position to challenge for leading qualifier but a wayward drive at the last led to a double bogey.
“It’s a course that you’re nearly always frustrated walking off because you feel that it’s an easy course. It’s short and the greens are nice,” Flanagan reflected. “You always think scoring is going to be better than it is. Hitting fairways is key. The greens are undulating and hard to read. There are subtle breaks in them.”

The 22-year-old plays Michael Ryan from New Ross in round one.

“When I was studying for the repeats, I didn’t hit a ball for two weeks and it was weird for me not playing any golf in the middle of the summer,” said Flanagan but warned: “I still have the fire in my belly.”

Defending champion Alex Gleeson plays Flanagan’s Co Sligo clubmate, TJ Ford, in the first round and the clash of Ronan Mullarney and Brian Timlin is sure to attract lots of interest from the home crowd as the Galway duo square off. West of Ireland Champion Barry Anderson is through to play Cathal Butler in the last 64 while South of Ireland Champion James Sugrue meets Portmarnock’s James Fox.