Ireland march on at Moortown in Home Internationals 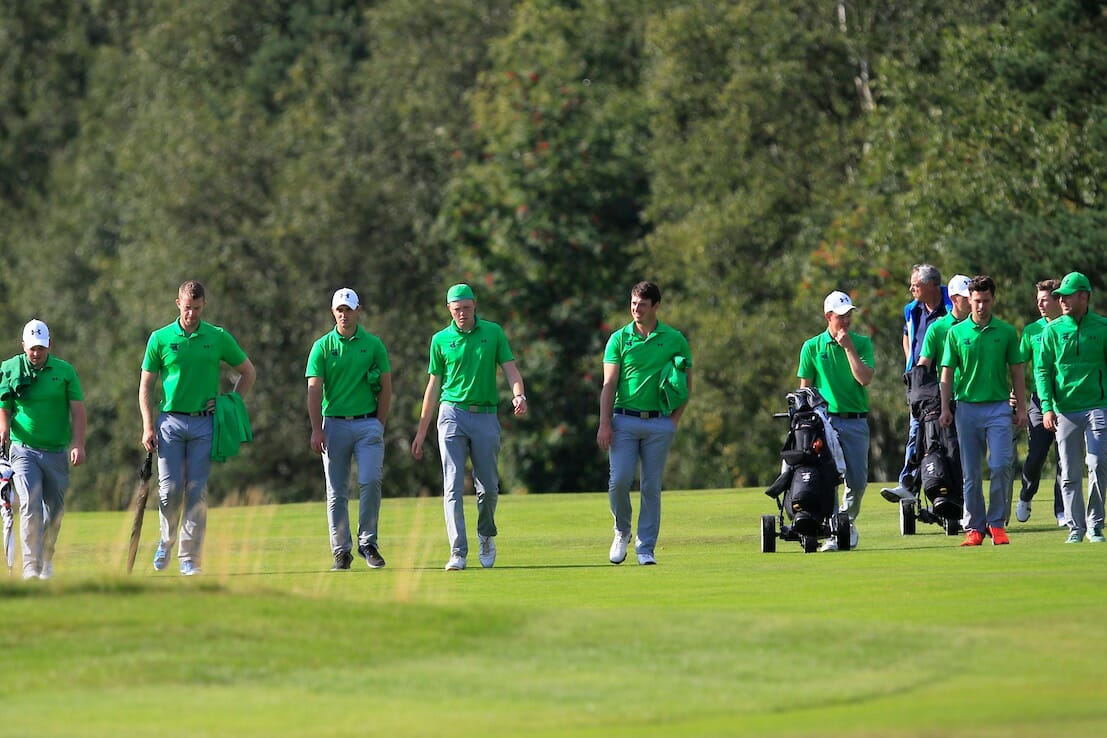 It was another good day at the office for the Irish team at Moortown as they kept their four in a row Home Internationals attempt on track by defeating Scotland.

In a confident and dominant display the Irish team led 4-1 after the morning foursomes session and were left needing just four points from the afternoon singles for the victory.

In the morning, Paul McBride and Conor O’Rourke won as a pair for the second day running, taking the top match by one hole.  Scotland took the second match, where Rowan Lester and Alex Gleeson went down 5&3 but then Ireland took all three remaining games as Colin Fairweather & Caolan Rafferty had a 3&2 win while Munster pair Peter O’Keeffe and Robin Dawson were 4&3 victors. In the final match, Colm Campbell and John Ross Galbraith combined for a decisive 3&2 win.

In the afternoon Paul McBride put the first singles point on the board following a comprehensive 5&4 win against Liam Johnston. Defeats for Conor O’Rourke and Robin Dawson might have given Scotland some hope but they lost two crucial matches in the middle order as Peter O’Keeffe’s won 4&2 against Sam Locke and then Conor Purcell and Caolan Rafferty survived tight affairs to put two more points on the board, pushing Ireland over the winning line just as John Ross Galbraith was tying up a 5&3 success in the penultimate match.

Ireland face England today in a winner takes all showdown and we wish all the players the best of luck.