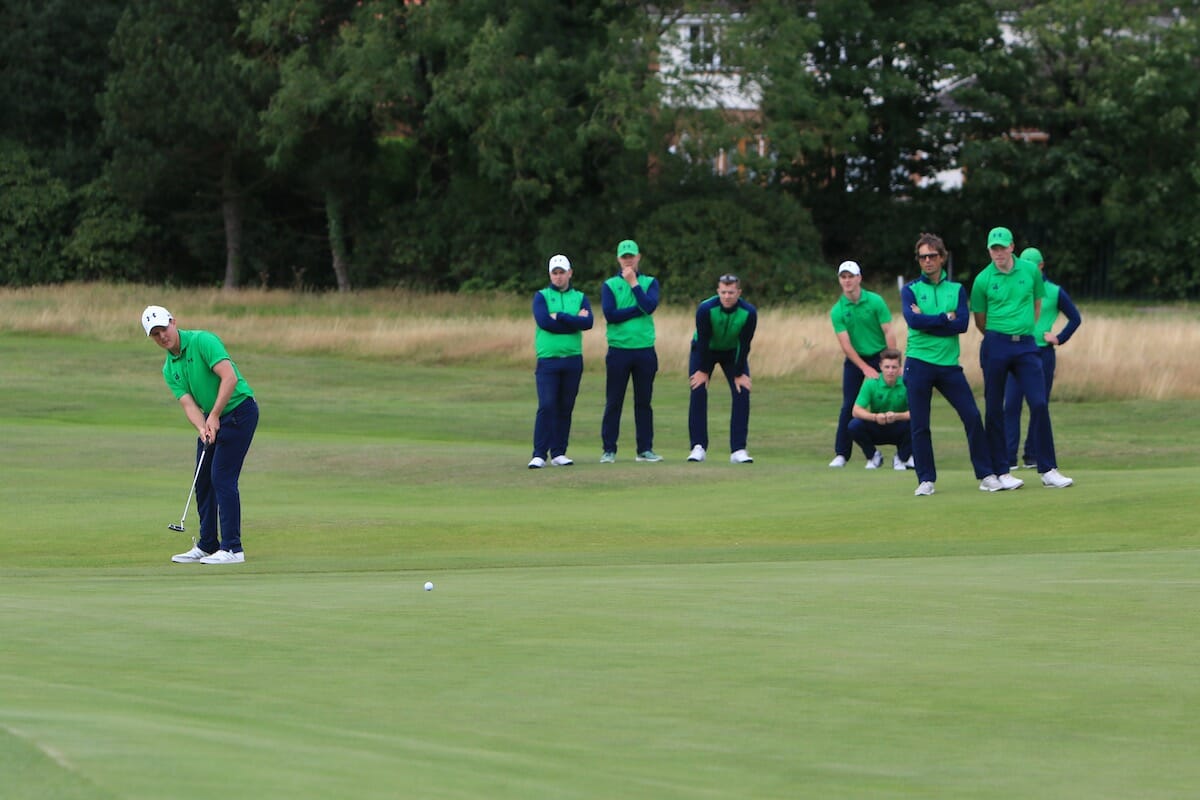 Ireland are on course to retain their Home Internationals crown and make it four in a row after they dominated the singles to claim victory against Wales in their opening match at Moortown.

After the morning foursomes Ireland were behind 3-2 and required at least six points from the singles but a win for Wales’ Jack Davidson in the top match left Ireland in need of a big comeback.

The day began brightly as Conor O’Rourke and Paul McBride combined for an impressive 4&3 win while Rowan Lester and Alex Gleeson bagged the second point with a 3&2 success in match two while Wales claimed all three remaining matches to take a one-point lead into the afternoon.