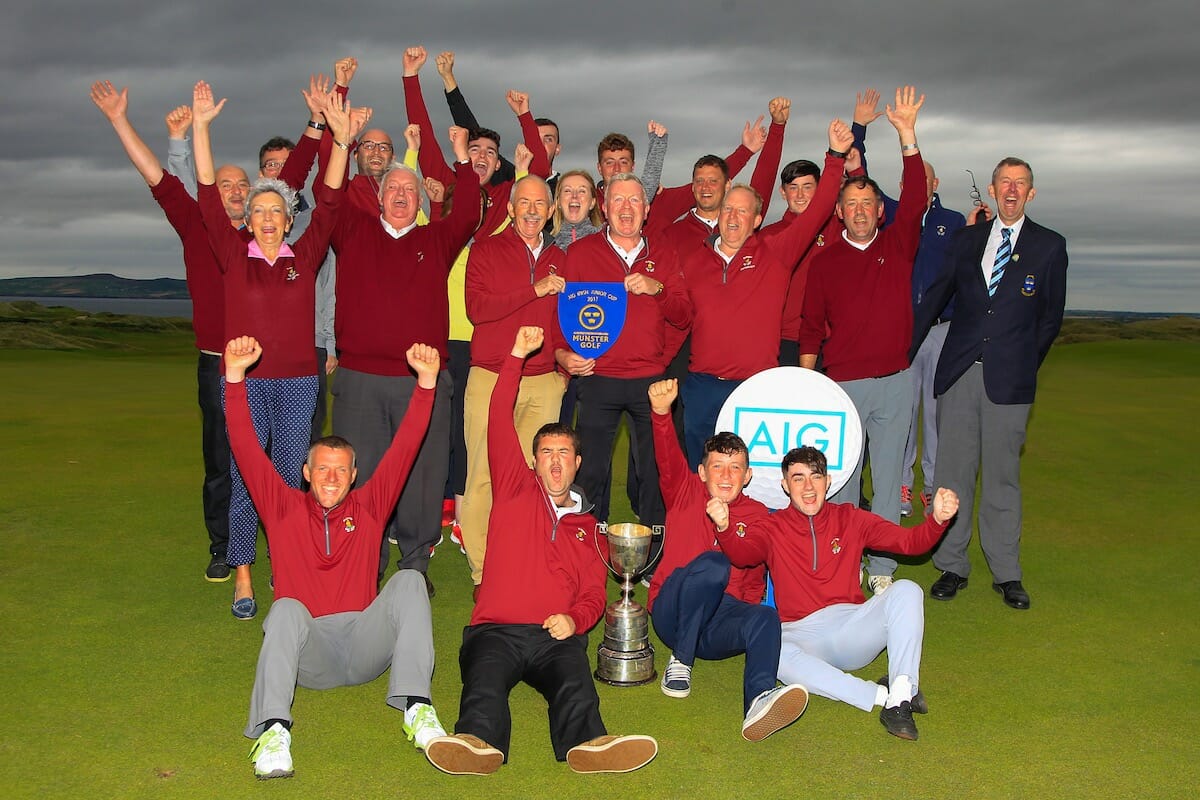 The final 2017 AIG Cups and Shields Munster title went to Ballybunion yesterday as the Kerry side saw off both Ballykisteen in the semi final and Ennis in the final to claim the AIG Junior Cup title.

Ennis had beaten Bantry Bay in their semi-final and took the first match in the final when Alan Butler beat Philip Byrne.  The Clare side were up in three matches at one point but Ballybunion mounted a comeback when they hit the back nine in Tralee.  Frank Geary and James O’Callaghan overturned their deficits and ended up ahead, with Ronan Cross and Brian Slattery holding onto their leads.  Ronan Cross brought in the first Ballybunion point and they wrapped it up with two wins in quick succession from Frank Geary and Brian Slattery.  The final score was 3.5 – 1.5 when the final match was called in.

Approximately 180 matches were played across over 20 venues in Munster to reach this stage of the competition.  Ballybunion (AIG Junior Cup) will be joined by Tralee (AIG Barton Shield) and Limerick (AIG Senior Cup) at the national finals of the AIG Cups and Shields which take place in Carton House next month.

Jim Long, Chairman Munster Golf congratulated Ballybunion and thanked Tralee for hosting the finals over the two days, and he also thanked Philip Coburn from AIG, title sponsors of the GUI Cups & Shields.  He paid tribute to all of the teams, managers, host courses and referees who ensured another very successful staging of the Cups and Shields over the past four months.