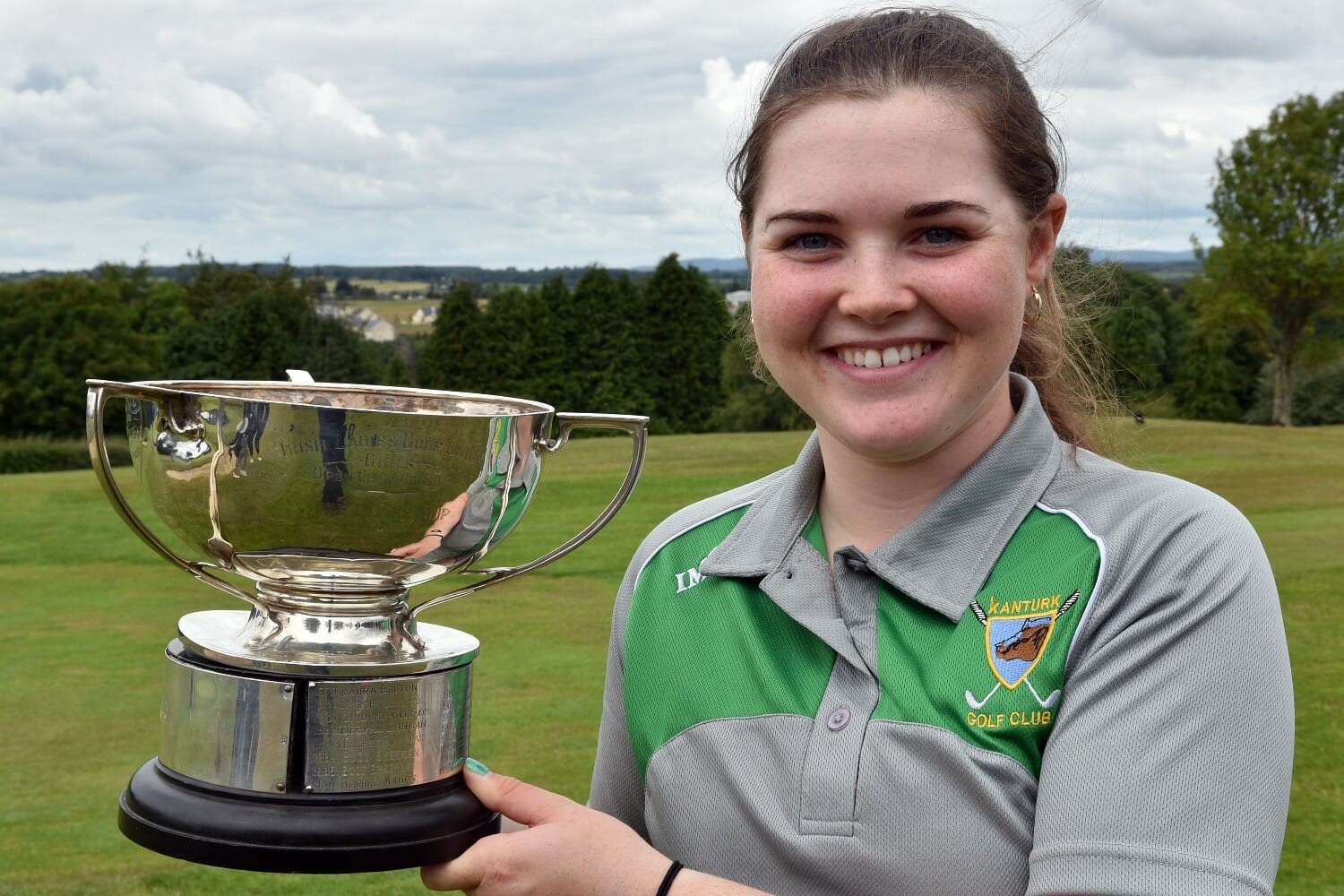 Having qualified in 3rd position after 36 holes of stroke play on Wednesday, Martin cruised to the final overseeing her opponents by 6&5, 6&5, 4&3 and 5&4. The final saw her face Rosses Point girl Maeve Rooney (Co. Sligo), who had knocked out leading qualifier and girls’ International Rachel Thompson (Cork) in this morning’s semi-finals. After confidently striking her first tee shot down their middle of the fairway, Mairead went 1 up through1 and didn’t ease up from there. Four up at the turn, birdies at the 10th and 11th saw Martin go 6 up with 7 holes to play. The match was finished in style with an eagle from Mairead at the 444-yard par 5 12th to close out the game 7&6.

“I’m delighted to win, my short game was on form this week, I pitched in for eagle on the 12th this afternoon to win the match which was a good way to finish. I was at home in my own bed all week too which was also nice and to have so much support from the club was class! I had my sister on the bag too this week which was entertaining! She doesn’t play much golf but I hope she might take it up after this week!”

In the final of the Pat Fletcher Trophy, Sara Byrne (Douglas) and Leah Temple Lang (Elm Park) faced each other after their wins over Nicole McGavisk (Donabate) and Jan Browne (Kilkenny). Sara, who represented Ireland at the Girls’ European Team Championships in Finland last week, got off to a good start, winning the 1st hole. She was ahead for much of the front 9 until a birdie 3 on the 9th from Temple Lang levelled the match. Leah then took advantage and won the 12th to go ahead for the first time. Her lead was short lived and Sara levelled the match once again at the 13th. After halving the 14th in birdies Byrne followed up with another birdie on the 15th but again Temple Lang brought it back to all square after the 16th. Seventeen and eighteen were halved so extra holes were needed. Both found the green on the first extra hole but a three putt from Byrne meant a par would be good enough for Temple Lang to win the Pat Fletcher Trophy 2017.