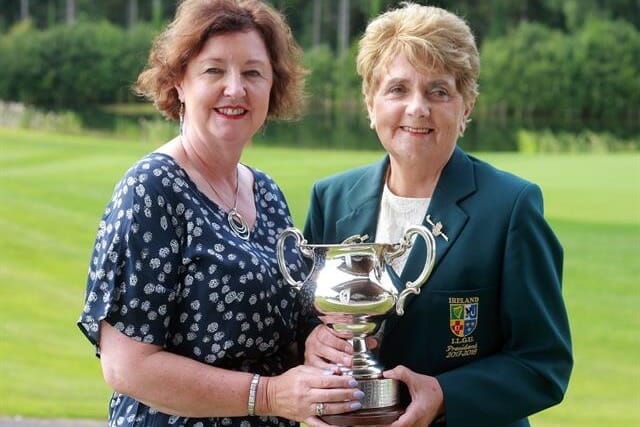 Having overcome Catherine Reilly (Te Heath) in the semi-finals Corcoran faced Maria O’Reilly (Headfort), who had beaten Gertie McMullen (The Island) in her semi,  in the final.

O’Reilly won the first hole to get off to a great start and went 2up on the 4th.  The next few holes were exchanged in pars before Corcoran birdied the 8th to reduce the deficit to one and by the 12th the match was all square.

It was nip and tuck over the next few holes before Corcoran won the 17th with par leaving her 1up heading to the 18th tee. O’Reilly, with nothing to lose, took on a risky second shot which paid off, landing just off the par 5 18th green for a chip and putt birdie to win the hole and take the match to extra holes.

And so it went to the 19 with Corcoran taking an early advantage with a fine tee shot and she goes on to win the hole and match with par.