Galbraith best of the Irish at Walton Heath 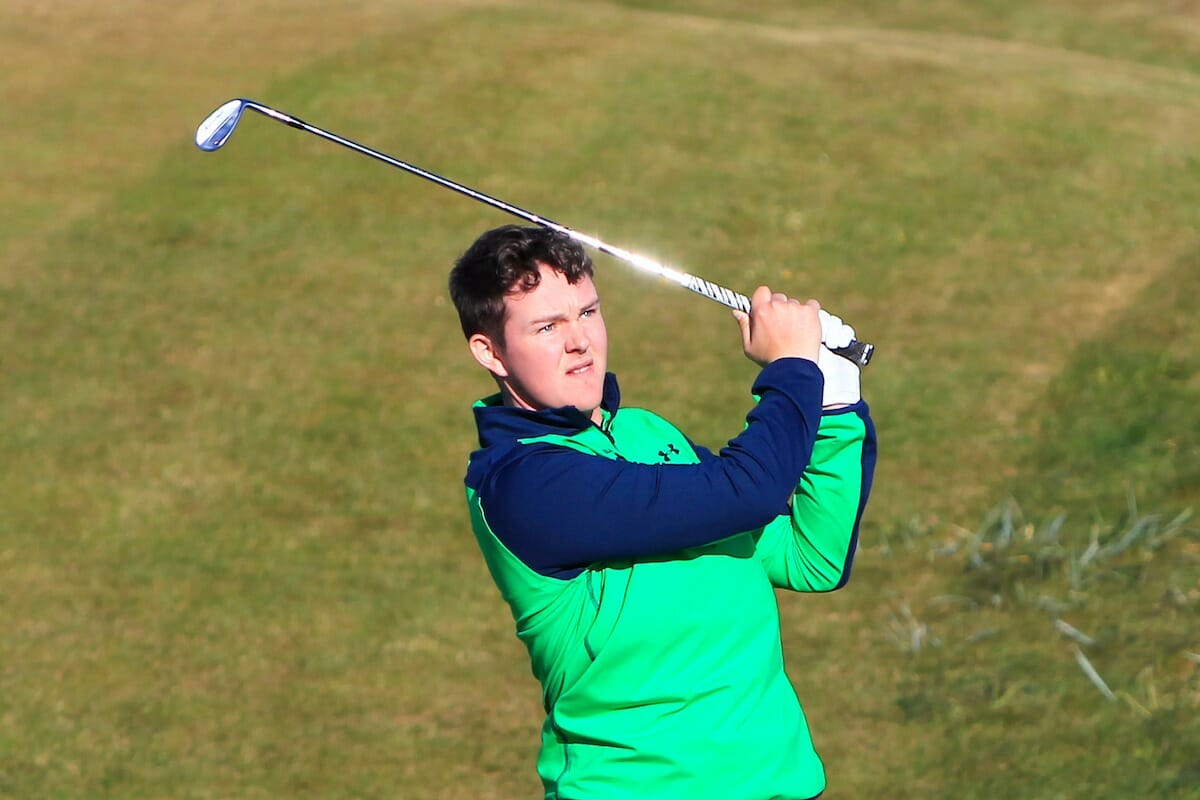 Of the team that travelled to Walton Heath for the European Amateur seven made the cut for the final round and it was John Ross Galbraith (Whitehead) who made the biggest impression as he finished in T7 on -12.

Galbraith followed up his third round 66 with a closing 65 to move up twenty two places on the leaderboard and into tied 7th with Jack Singh Brar and Mathias Schmidt.

The event was decided in a playoff over 3 holes (1, 2, 18) between Lorenzo Scalise, Alfie Plant and Luca Cianchetti who all finished on -15. Ciancetti bogeyed the first playoff hole and finished +1 for the playoff and was knocked out while Scalise and Plant couldn’t be separated after three holes so it then went to a sudden death playoff on the same holes with both parring the 1st.  But it was Englishman Plant who took the title as his birdie on the 2nd playoff hole was good enough after the Italian could only make a par.

Paul McBride (The Island) had a strong final day as he closed with a 67 to finish T13 alongside Conor O’Rourke (Maas) who closed with a 71. Colm Campbell (Warrenpoint) also finished with a 71 and in a tie for 32nd on -6 while Stuart Grehan (Tullamore) came in T39 after a closing 70, Robin Dawson was T47on -3, with Conor Purcell (Portmarnock) and Jonathan Yates (Naas) in 63rd and 64th places respectively.